Jon Jones: Dana White’s UFC 260 remarks ‘huge slap in the face,’ Derrick Lewis can have next title shot
This topic has been deleted. Only users with topic management privileges can see it.
F
F
fightgal Reply Quote 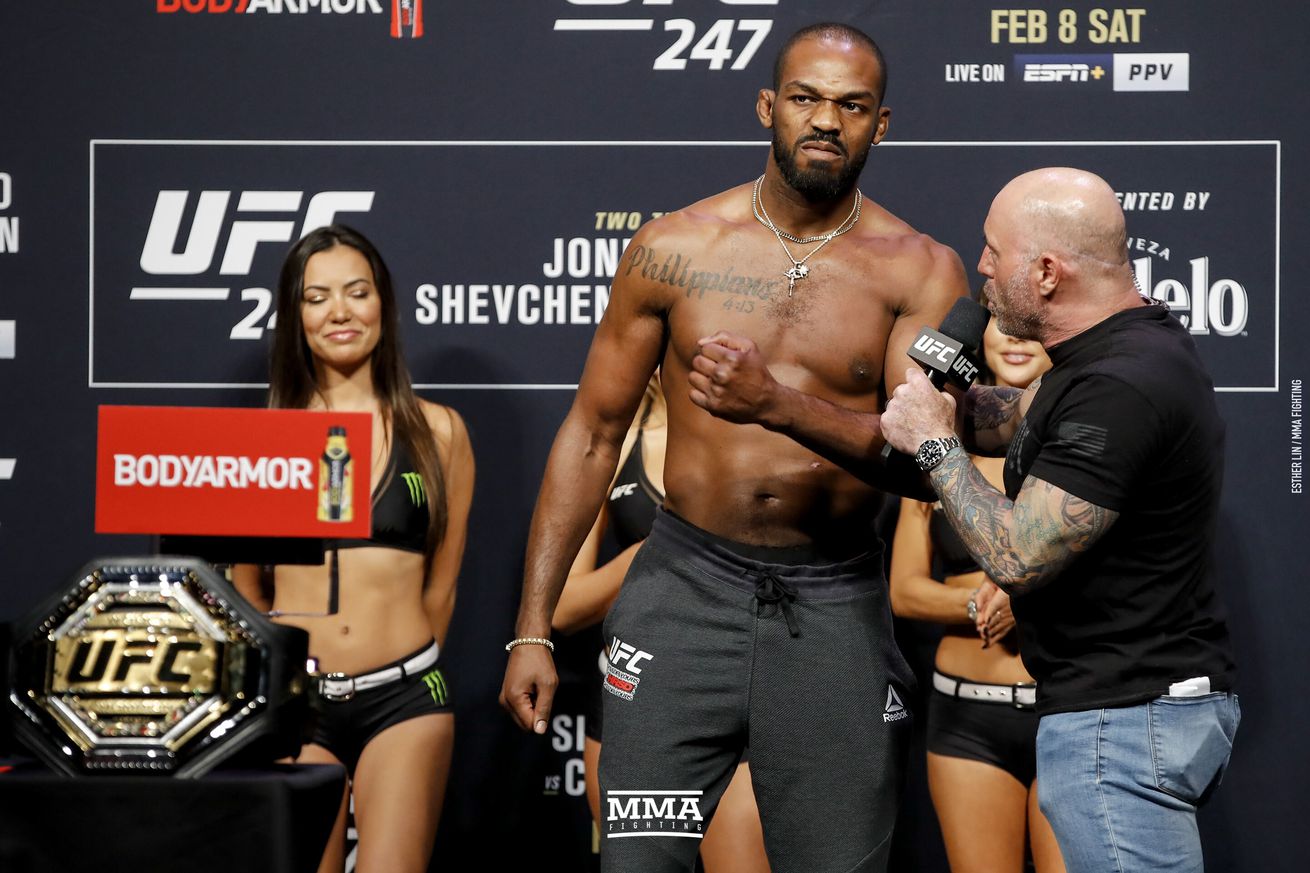 Former light heavyweight champion Jon Jones continued to speak out against UFC President Dana White’s remarks toward him at the post-fight press conference for UFC 260, tweeting late into the night Saturday and Sunday morning as he called White’s tactics “a huge slap in the face.”

Upon hearing that Jones tweeted “show me the money” for a title fight against Francis Ngannou, White insinuated the ex-champ was afraid to face the newly crowned heavyweight champ. That led to a real-time exchange during the UFC 260 press conference between Jones and White, who’ve repeatedly sparred over money over the past year before making amends – and plans for Jones to vie for the heavyweight title.

White, for his part, said he wants to make the Ngannou vs. Jones fight. But he took Jones’ tweets to mean “Bones” didn’t really want it.

“Listen, I can sit here all day and tell you, what’s show me the money mean? I tell you guys this all the time,” White said. “You can say you want to fight somebody, but do you really want to?”

In a series of tweets, some of which were characteristically deleted after they were posted, Jones wrestled with a perceived lack of respect from his longtime promoter. He again cited Deontay Wilder, whose eight-figure purses were the catalyst for a clash with White this past year over a potential superfight against Ngannou, and used UFC star Conor McGregor as a benchmark for his own worth. 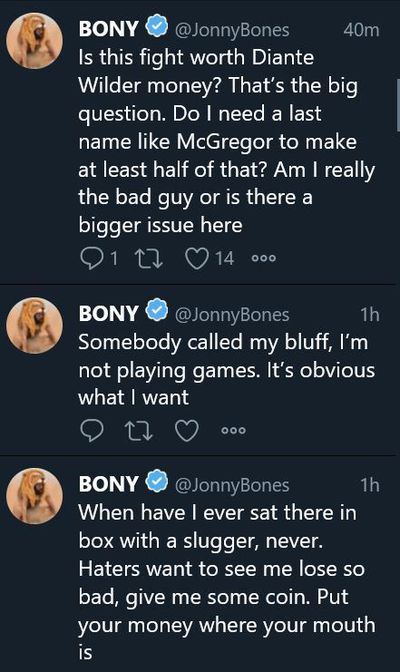 Jones, 33, relinquished the title this past May after White balked at his financial demands to face Ngannou. Jan Blachowicz captured the vacant title with a knockout of Dominick Reyes, Jones’ most recent opponent, and the stage was set for Jones moving up to heavyweight. White indicated Jones would face the winner of Miocic vs. Ngannou 2.

At the post-fight press conference, White instead named heavyweight knockout artist Derrick Lewis as “the fight to make” for Ngannou; Lewis defeated the current champ in a highly lackluster fight in 2018.

Jones appeared to open the door to another holdout with the UFC with White’s stance on his demands clear.

It’s OK, Derek can have the fight. No need to rush a great thing. I’ve already had a Hall of Fame career, I’m going to need some bread https://t.co/P3s2tORYjQ

And Jones urged fans to see his side of the story – and stop discounting him as a threat to Ngannou.

I’m glad some of you agree with me. It’s like my brothers with football. Once they both got their Super Bowl rings, they went after the money contracts. https://t.co/nWeT2EqBIj

Let’s not forget Stipe lost to DC. Stipe only defended his belt like five times to my 15. The man showed up at 230 to fight against Francis. He is no Jon Jones, I want this fight, excited to see what the UFC think it’s worth

You guys get so impressed by the guy with the knockout power. I’ve been proven for over a decade that punching hard means shit. I’ll let all you fans be super hyped, I’ll stick to what I know. Pay me and let me go to work