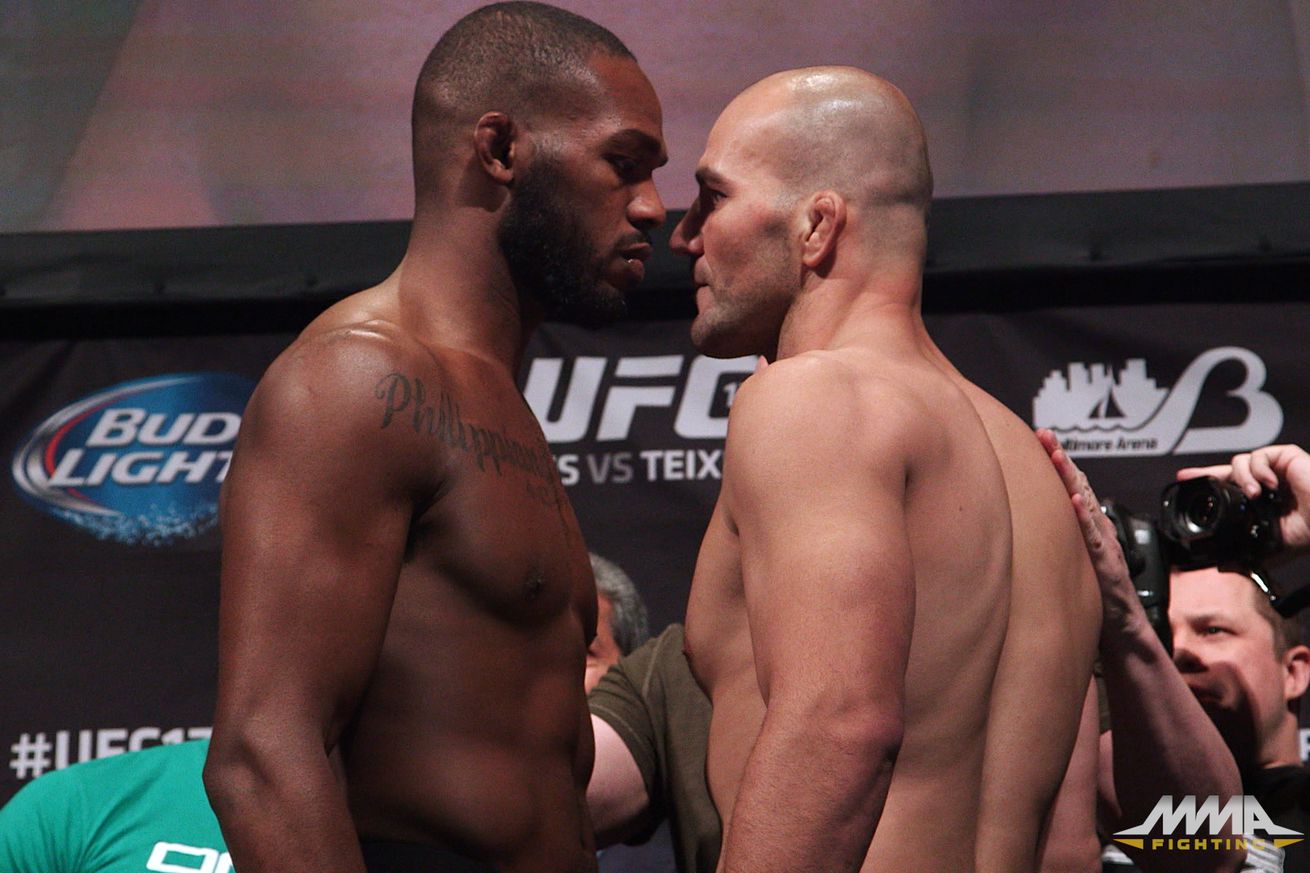 UFC President Dana White has said the winner of an upcoming title rematch between champ Stipe Miocic and Francis Ngannou at UFC 260 will serve as Jon Jones’ first test at heavyweight.

The former light heavyweight kingpin’s heavyweight debut is not yet set, but Glover Teixeira believes Jones “has a great shot at becoming champion.”

“I think he beats Miocic,” Teixeira said of fight on Saturday at UFC APEX in Las Vegas. “The complicated one for him is Ngannou – that aggressiveness. But if he gets past the first and second rounds, he beats Ngannou, too.”

After early trouble, Miocic outpointed Ngannou using his wrestling to overwhelm the slugger’s heavy hands. Miocic then lost the belt to Daniel Cormier before winning it back in a rematch and then defending in a rubber match.

Jones has been documenting his trip to heavyweight, posting videos of weight training and pad work. Teixeira believes the ex-champ has “no intentions of ever going back to light heavyweight” and predicts he’ll have plenty of success with heavier challenges.

“I’ve heard that Jones has a hard time cutting weight,” said Teixeira, who served as a backup UFC 259 headliner, in an interview with MMA Fighting. “That time he got big [for the Ovince Saint Preux fight], it took him some time to go back to his [original] weight, and now he’s probably doing some work to move up.

“Bones” has already ruled out a return to his original division, but the ex-champ has shifted gears in the past. In a recent social media post, Jones implied he weighed 250 pounds, writing “it feels good to not be depriving myself of food anymore, can’t fit any of my suits but I’m moving well.”

More recently, Jones said conditioning worked against his efforts to bulk up, leaving him at 245 pounds.

Teixeira has risen to the top of the 205-pound class years after coming up short against then-titleholder “Bones” Jones via decision at UFC 172 in 2014. He is expected to be next in line for a light heavyweight title shot against current champ Jan Blachowicz, who earlier this month outpointed middleweight champ Israel Adesanya at UFC 259.