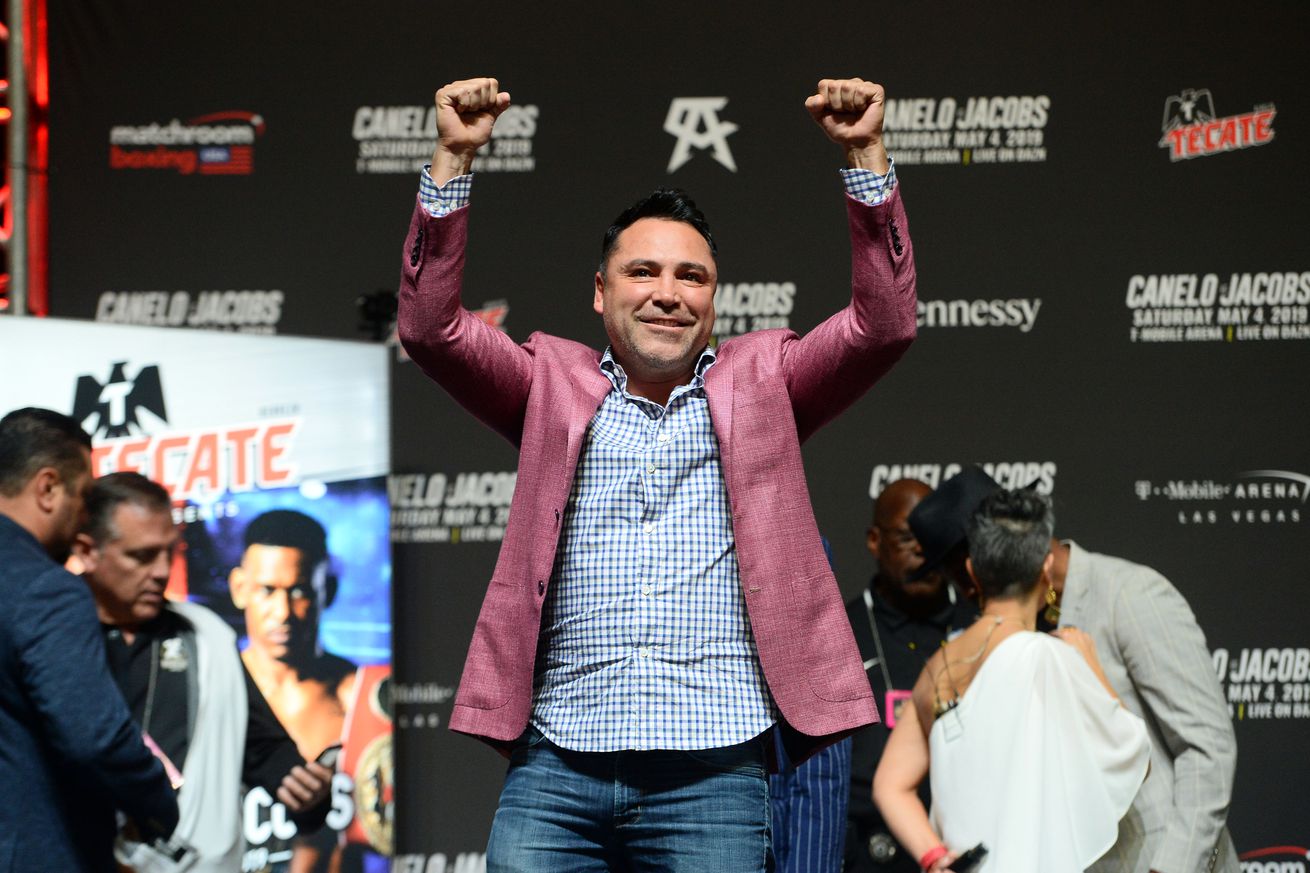 The former multi-division champion announced Friday at Triller’s Jake Paul vs. Ben Askren press conference that he is making a comeback.

De La Hoya’s announcement was preceded by an appearance from hip-hop superstar Snoop Dogg, who hyped up a surprise before summoning the ex-champ and boxing promoter to the stage. Prompted by Snoop Dogg to break the news, De La Hoya said, “July 3. I’m making my comeback.” He then dropped the mic and exited the stage.

.@OscarDeLaHoya joins @SnoopDogg on stage to announce his return to active boxing on July 3rd during today's Jake Paul vs. Ben Askren press conference on @Triller.

No further details were offered on De La Hoya’s return. After stepping out of the ring, he Hoya transitioned to boxing promotion, heading up Golden Boy Promotions, an outfit that briefly got into the MMA game and frequently raised the ire of UFC President Dana White.

Triller recently entered the boxing business this past November with an event headlined by an exhibition bout between former world champions Mike Tyson and Roy Jones Jr. The online pay-per-view was reportedly a smashing success.

De La Hoya competed professionally from 1992 to 2008, compiling a 39-6 (30 KOs) pro record and establishing himself as one of the biggest pay-per-view draws in boxing history. He has parlayed that fame into several successful multimedia ventures, including a Grammy nomination in 2000, and he most recently appeared on television as the “Zebra” on the inaugural season of FOX’s The Masked Dancer.

In recent years, De La Hoya has teased a comeback on multiple occasions, even suggesting that with at least three months to prepare, he’s confident he could knock out UFC superstar Conor McGregor inside two rounds. White reacted to De La Hoya’s potential return with mockery.