Endeavor reportedly looking at buying out UFC minority owners to set the stage for another IPO
This topic has been deleted. Only users with topic management privileges can see it.
F
F
fightgal Reply Quote 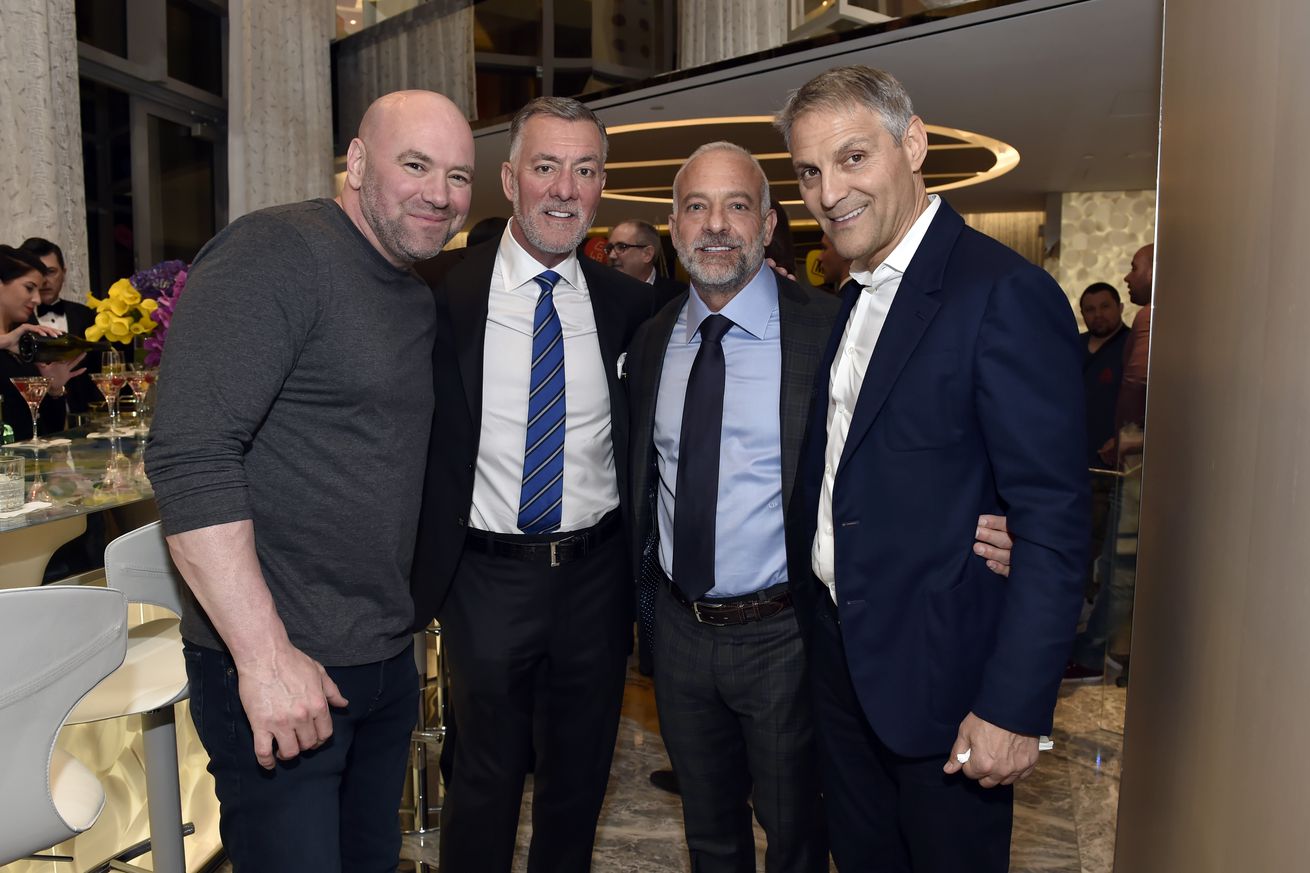 According to multiple reports, Endeavor Group Holdings has filed confidential paperwork with the Securities and Exchange Commission (SEC) for a potential initial public offering (IPO), which comes after paperwork for an IPO was withdrawn in 2019.

A secondary report from the New York Post quoted sources saying that Endeavor, which owns 50.1 percent of the UFC, was looking at a pricey buyout to purchase the other 49.9 percent of the MMA promotion from private equity firms in order to sweeten the deal for a possible IPO.

The idea behind the purchase is to allow Endeavor to use the UFC as leverage for investors looking to buy into the company. According to the report, Endeavor president Mark Shapiro revealed in a staff town hall meeting this past December that the UFC accounted for a whopping 80 percent of the company’s profits during a pandemic-stricken 2020.

Even before the pandemic crushed a huge swath of Endeavor’s other businesses, the UFC had already accounted for approximately 50 percent of the profits earned for the company.

While the amount of money Endeavor would need to buy out the minority stakeholders in the UFC is unknown, the promotion has reportedly ballooned in total value around $6 to $10 billion.

Endeavor, which started out primarily as a talent agency headed up by Ari Emanuel and Patrick Whitesell, has added numerous businesses to the company’s profile over the past few years — none bigger than the fight promotion which it acquired in 2016 for over $4 billion. Endeavor also owns the Professional Bull Riders Association, the Miss Universe pageant and On Location Experiences.

The initial attempt to take the company public in 2019 came along with several delays. Endeavor attempted to raise funds to partially pay down debts incurred with growing the company and rewarded long time investors and executives with a financial windfall.

Unfortunately, those plans went awry after Endeavor initially hoped to earn $30 to $32 per share of stock in the company. Instead, those expectations were lowered with a sale price starting at $26 to $27 per share in addition to a smaller offering of overall shares in the company. The plan was for the IPO to raise around $600 million to pay down those existing debts as well as fund operating capital and further expansion.

Eventually, Endeavor abandoned all plans to go public, saying at the time that the company “will continue to evaluate the timing for the proposed offering as market conditions develop.”

Another problem many investors faced when considering Endeavor’s IPO was the complicated ownership structure with the UFC, which could be playing a major part in Emanuel and his partners looking to buy the UFC outright to prevent any hesitation when potentially taking the company public in 2021.

Of course, the global pandemic also shifted a lot of priorities for Endeavor over the past year after the company was forced to undergo numerous layoffs/ But the UFC was able to bounce back as the first major sports promotion to begin putting on events again with several high profile pay-per-views for the company in the past year.

The decision to possibly take the company public also comes after Endeavor settled with the Writers Guild of America after a nearly two-year long standoff between the talent agency and the union over a conflict of interest between representing writers working in television and film and the growing trend of agencies also being invested in production companies.

Endeavor recently settled with the WGA under the agreement that the company could not own more than a 20 percent stake in a production company as well as divesting its interest in Endeavor Content to no more than 20 percent by a pre-determined date agreed by both parties. (Full disclosure: Vox Media Union is represented by the Writer’s Guild of America).

That very public battle between Endeavor and the WGA, coupled with Wall Street experts casting doubts about the long term financial viability of the company, had many investors timid when it came to the IPO two years ago.

Another plan that was also in consideration was Endeavor merging with a SPAC (special-purpose acquisition company), or a company founded for the specific purpose of raising capital through an IPO to buy out an existing business. Working with a SPAC is typically seen as a quicker route to going public with less risk at an overall evaluation to raise funds, but the New York Post reported that Endeavor largely abandoned that plan when noting the high upfront costs involved with that particular strategy.

Now, it appears Endeavor is preparing to potentially buy out the rest of the partial owners in the UFC, which would then set the stage for another run at taking the company public through an IPO later this year.