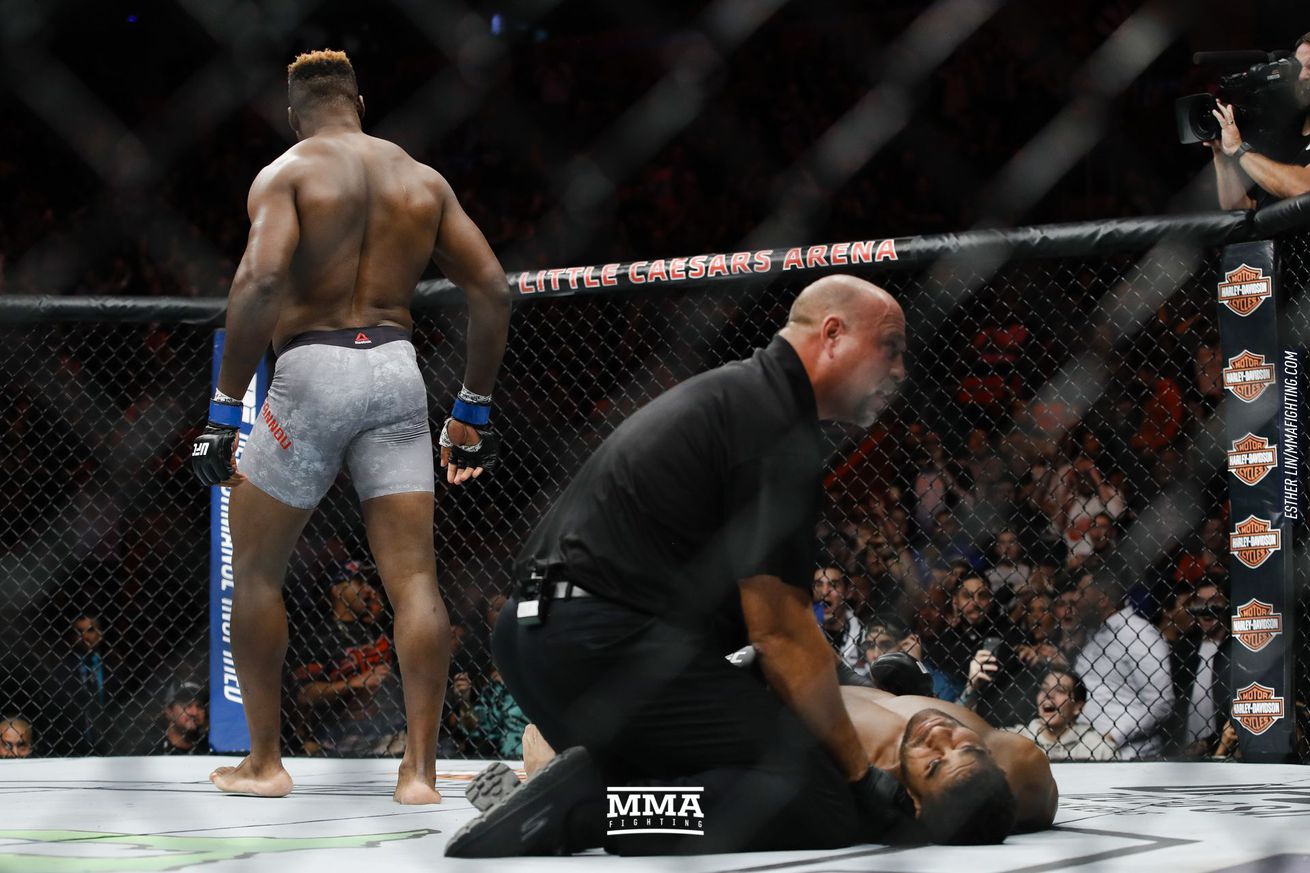 Watch Francis Ngannou vs. Alistair Overeem full fight video to relive the moment when Ngannou landed one of the scariest knockouts in MMA history at UFC 218 in Detroit on Dec. 2, 2017.

Ngannou was slicing his way through the heavyweight ranks, taking out several opponents in under two minutes, including former UFC champion Andrei Arlovski. Overeem was considered to be his biggest challenge yet, but Ngannou recorded his most spectacular KO yet, landing a left-hand uppercut that immediately put Overeem flat on the canvas.

That finish vaulted Ngannou into a title opportunity at UFC 220, where he fell short against Stipe Miocic. “The Predator” lost his next fight, but rebounded with wins over Jairzinho Rozenstruik, and former champions Junior dos Santos and Cain Velasquez. The total time of those bouts? One minute and fifty-seven seconds.

Three years after their first meeting, Ngannou gets another shot at Miocic’s championship when the two headline UFC 260 this Saturday.