Former Brave CF champ Luan Santiago vows to win belts in the UFC, PFL: ‘My goal is to beat everyone up’
This topic has been deleted. Only users with topic management privileges can see it.
F
F
fightgal Reply Quote 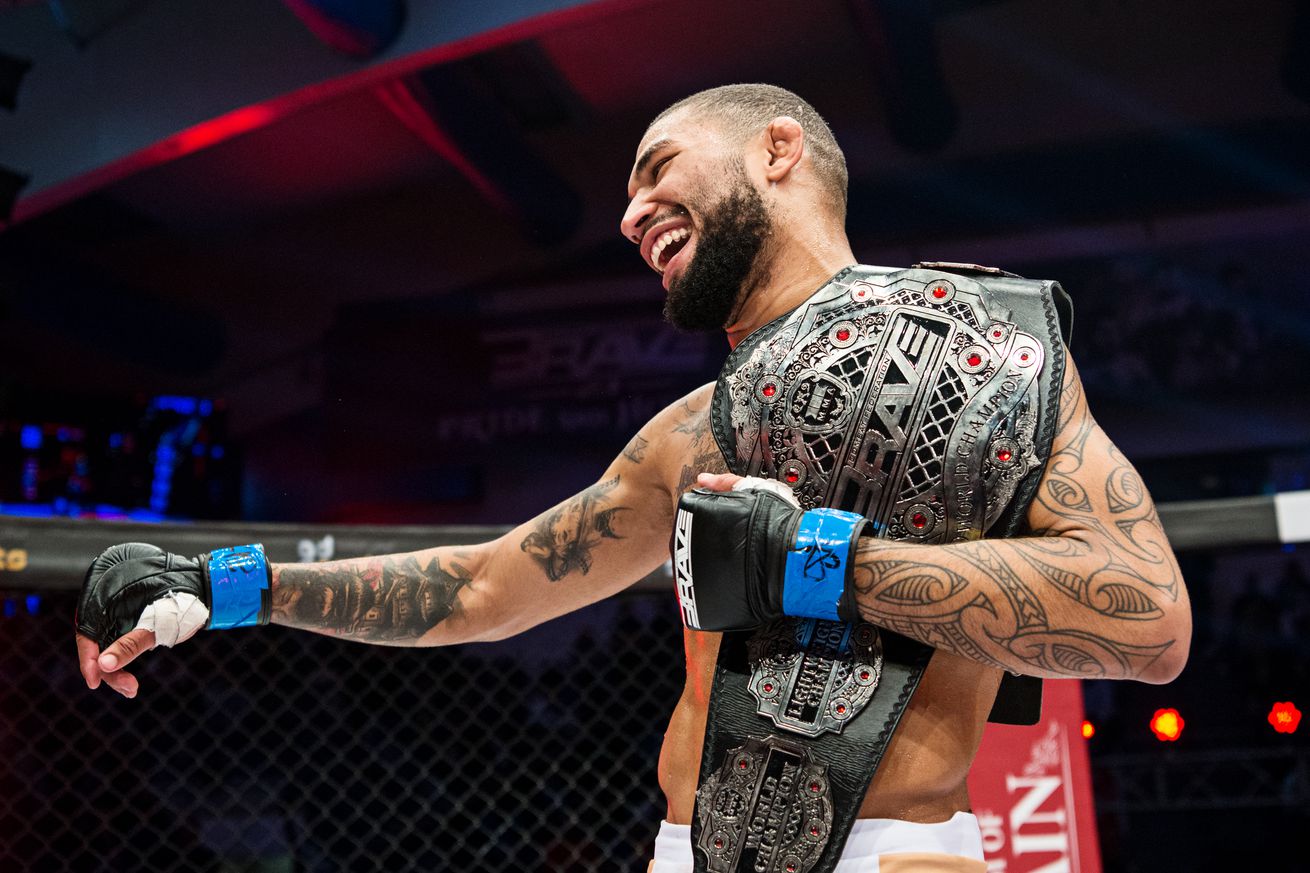 Luan Santiago will fight Benoit Saint-Denis in the main event of Brave CF 49, which goes down Thursday in Bahrain, and aims to go big in 2021, starting with a win over undefeated Saint-Denis (6-0, 1 no-contest).

“I know him, and nothing he does impresses me,” Santiago said in an interview with MMA Fighting. “He’s undefeated, good on the ground and on the feet, but we're colliding and I won’t let him stay on his feet. It’s the law of nature, survival of the fittest, and I’m the strongest. He’ll come in, we’ll clash, and I’ll drop him on his butt.

“He doesn’t have the experience I have and doesn’t train like I do. We train to kill, and we’ll run through anyone. I’ll knock him out. He can’t take my hand. He’ll get hit, try to take me down and get frustrated, and that’s when I’ll finish him.”

Santiago (15-4) is a former Brave CF lightweight champion, and currently competes at 165 pounds in the Bahrain-based promotion. More than three years into his run under the company’s banner, "Miau's" goal is to prove he’s the world’s best welterweight.

“No matter where I am, Brave, PFL or UFC, my goal is to beat everyone up and become the best in the world in this division,” said Santiago, who won a decision over Gadzhimusa Gadzhiev in his most recent appearance in November 2019 and afterward had three fights canceled.

“I always train to beat the best,” he added. “I’m outspoken, but I hit hard, too. I talk the talk and back it up. I’d beat them all up. There’s no difference to me, they’d get beat up the same way. I’ll prove I’m the best in the world in what I do.”

“I have no doubt that if I get in there [in the UFC], no matter if it’s a top-10 or 15, I’d be the man to make a difference in the division,” he said. “I’d show why I’m here. Top-10 or 15, UFC or PFL, it doesn’t matter. I’ve fought tougher fighters. I went through hell and pain to run through anyone that’s on my way. Anyone, no hesitation. It’s just a matter of time.”