Sean O’Malley has no problem admitting defeat, but he doesn’t feel like he lost to Marlon Vera
This topic has been deleted. Only users with topic management privileges can see it.
F
F
fightgal Reply Quote 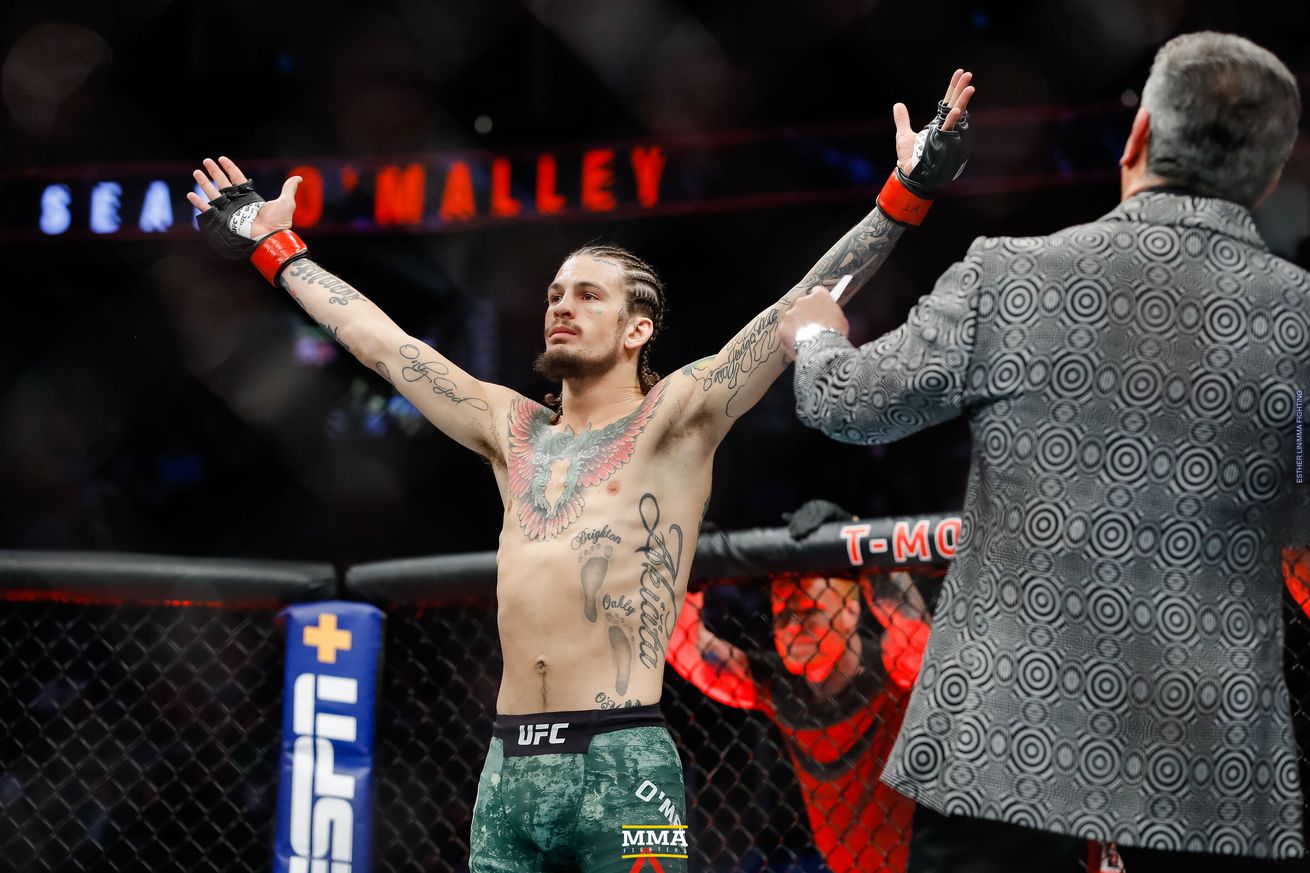 Ahead of his return to action at UFC 260 this weekend, the popular bantamweight has touted himself as undefeated with hopes of moving to 13-0 in his career as he prepares to face Thomas Almeida on the pay-per-view main card.

There’s only one problem — O’Malley’s record reads as 12-1 after he suffered a TKO defeat to Marlon Vera in his last outing this past October. The fight ended after he fell to the ground with a leg injury, and “Chito” Vera blasted him with punches until the referee called a stop to the contest.

Now, seven months later, O’Malley says his stance about remaining undefeated has nothing to do with the bad blood he had with Vera leading into that fight, or that he somehow just can’t accept defeat. Truth be told, O’Malley just doesn’t feel like he was defeated.

“The way I lost that last fight, it wasn’t because he was a better fighter, [or] he was more skilled. How many leg kicks have been thrown from when that happened until now, and how many times has that happened where you got drop foot? He didn’t take me down. My leg completely gave out, and I landed on my back. It happened like that, it is what it is, but it doesn’t affect me at all going into this fight. In my mind, [I’m] 12-0 coming off the Eddie [Wineland] fight, and I’m in a good spot. I’m mentally in a really good spot. I feel good.”

Because O’Malley was an overnight sensation after gaining so much attention when joining the UFC roster by way of Dana White’s Contender series, everything he says or does these days seems to end up under a microscope.

When he was going into the fight with Vera last year, O’Malley was already being touted as a future title contender thanks to his previous performances and the confidence he showed in calling for bigger and better opposition from the bantamweight division.

The loss to Vera was obviously a setback, but his attitude toward the fight has seemingly rubbed some people the wrong way. O’Malley, though, promises he’s just giving his genuine opinion about the situation, whether you like it or not.

“Losing a fight to me, it’s not a big deal,” he explained. “I know I got a lot of criticism for handling my last loss, but it’s just because you guys ask me questions and I answer it.

O’Malley’s outspoken demeanor coupled with his style inside the cage has transformed him into one of the most talked about fighters in the sport, but that level of popularity also brings a lot of expectations.

None of that seems to bother O’Malley, however, as he just brushes off both the praise and the criticism while staying focused on the real task at hand.

“The only time it ever even comes in my mind is when you guys ask me that question,” O’Malley said. “I’m going in there, I already put in the work. Whatever happens Saturday night’s going to happen. So I just let it flow. My expectations of what’s going to happen, we’ll see. I plan on going in there and taking him out and winning. If that doesn’t happen, I’ll live to fight another day. It’s not the end of the world.

“I wasn’t really used to dealing with too much hate, but I also know the people that are doing that, they’re probably dealing with some stuff mentally. There’s nobody that’s doing too good in life that’s coming on there talking sh*t. It hasn’t really affected me too much, but it would be nice to go out there and prove the stupid people that they are stupid.”