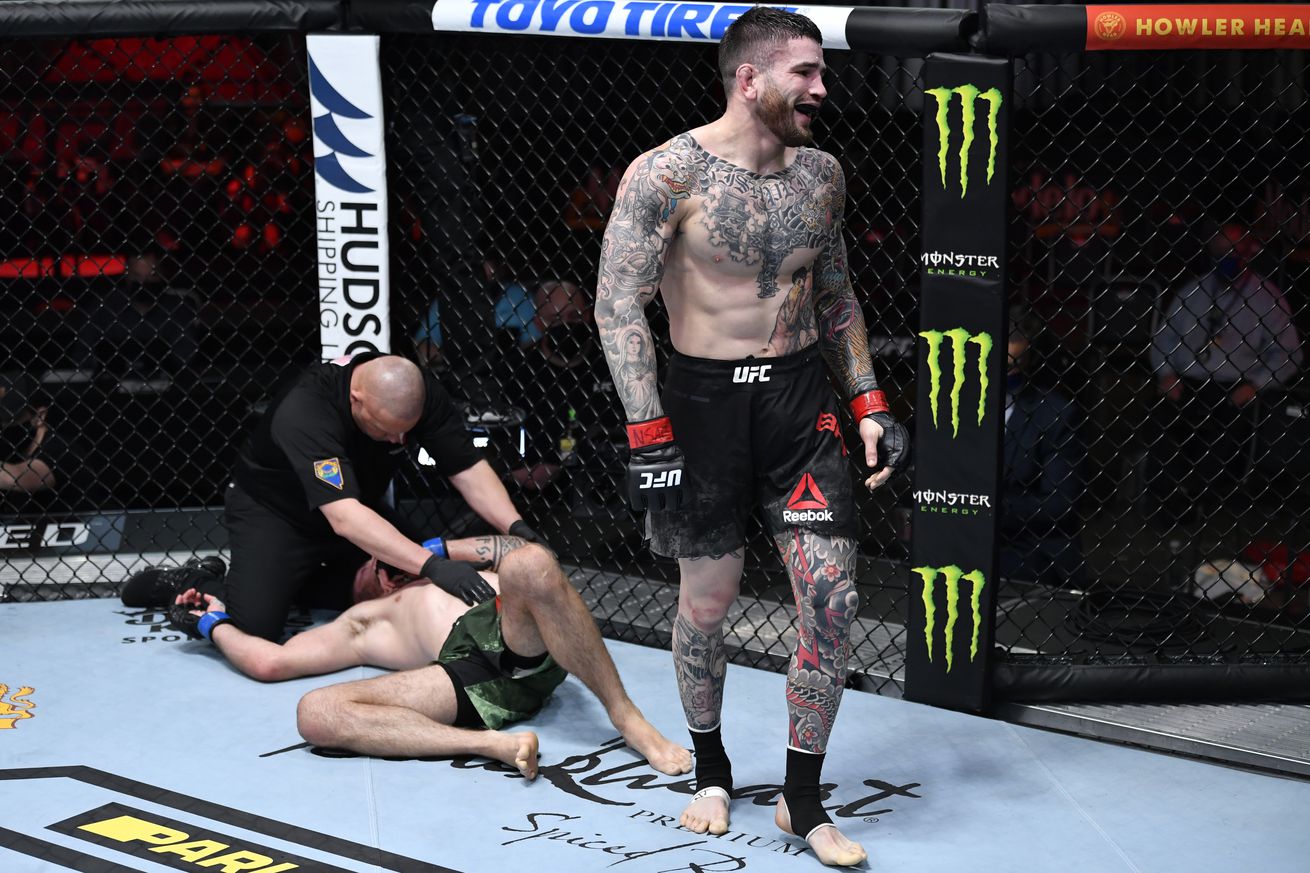 Unbeaten UFC welterweight Sean Brady answered a lot of questions at UFC 259, and he was rewarded with a top-15 spot in the welterweight rankings.

Brady (14-0) snapped the three-fight winning streak of Jake Matthews with a third-round submission during the preliminary card at the UFC APEX in Las Vegas. The Philadelphia native improved to 4-0 in the UFC with his second consecutive submission win, following up a second-round guillotine choke stoppage against Christian Aguilera in August.

The victory over Matthews has opened up a lot of eyes, and a lot of doors in one of the promotion’s deepest divisions and Brady is ready to run right through them.

In an exclusive interview, Brady joined MMA Fighting’s Mike Heck to recap the biggest win of his career, discussed what his game plan was heading into the fight, what surprised him from Matthews in the octagon, getting the first arm triangle submission of his career, seeing a number next to his name in the rankings, why he would love to fight Demian Maia next, thoughts on fights with Michael Chiesa, Robbie Lawler, Li Jingliang, and others in the top-15, his highly discussed back tattoo, and more.