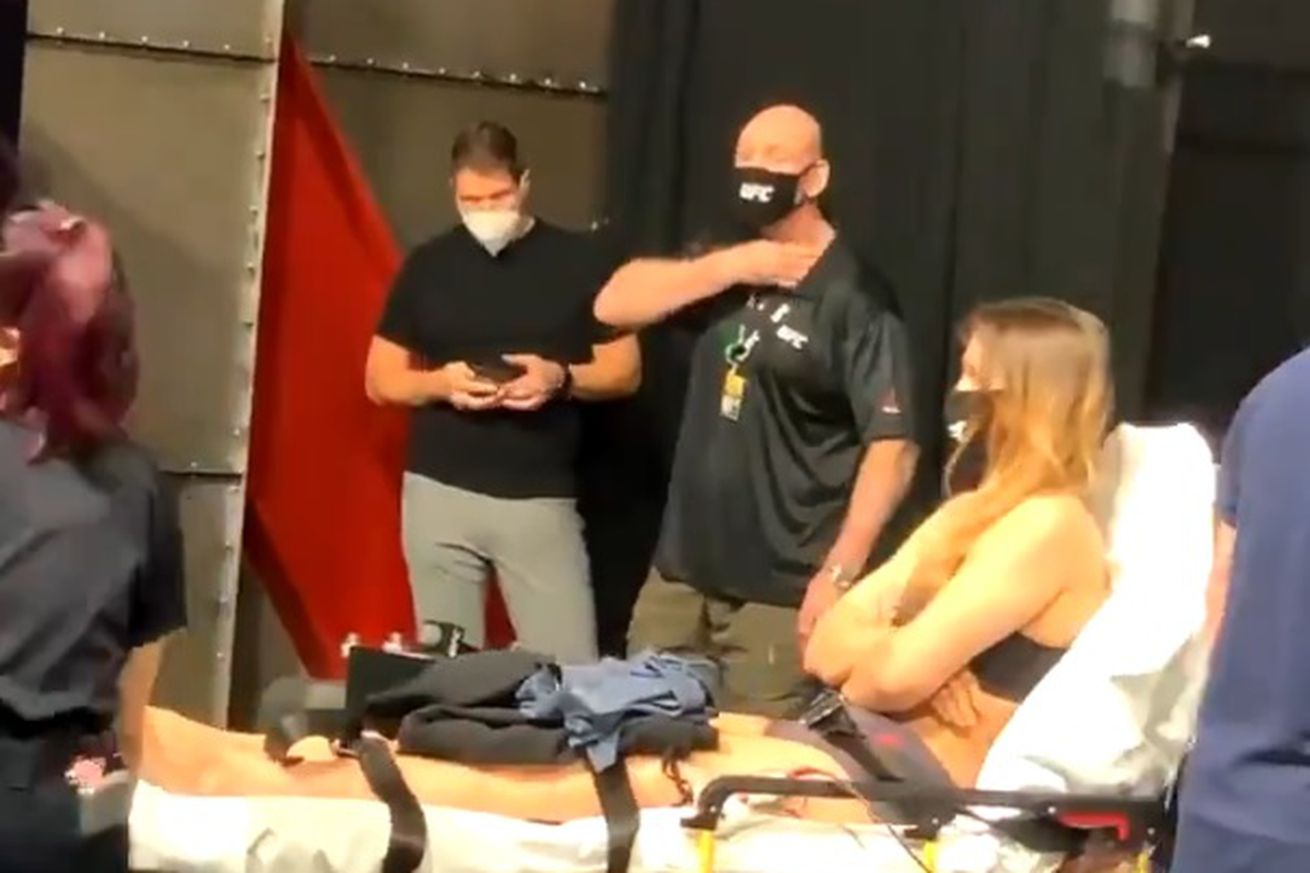 UFC women’s bantamweight Julija Stoliarenko said two fainting spells at the official UFC Vegas 22 weigh-ins were the result not of a bad weight cut, but a weight cut that went too quickly.

“The problem was not my weight cut, and actually I want to say that it was one of the easiest weight cuts in my career, and weight was dropping too fast,” Stoliarenko said in a video posted to her Instagram account. “The main issue, I think, was that I made weight too early.”

Stoliarenko said she was on weight at 5 a.m. on Friday for a 135-pound contest with Julia Avila, leaving her in a fragile state that was exposed when she stepped on the scale. Official UFC weigh-ins start at 9:00 a.m. the day prior to an event.

“I just was too long time on weight,” she said. “As everybody knows, when you cut weight, you cannot be on this weight for too long, because you’re already on the limits of your dehydration.”

Officials with the Nevada Athletic Commission, which oversaw the weigh-ins, and the UFC raced in after Stoliarenko lost consciousness the first time. After a few tense moments, they allowed her to step back on the scale, and she made weight at 135.5 pounds. But after stepping off the scale, she again lost consciousness and was taken out of the building on a stretcher. The NAC subsequently cancelled the bout.

The commission did not respond to a request for comment by MMA Fighting.

Stoliarenko said she felt fine despite the scene at the scale and thanked officials for coming to her aid.

“I’m so upset, because right now, I’m feeling great,” she said. “I’m actually feeling ready for the fight. My body feels great. I’m still in good shape. I know that I can fight, but it just happened that the athletic commission didn’t verify me for the fight, because, they are taking care of the fighters, of course, and that situation looked terrible, and the UFC also takes care of the fighters.

“I wanted to say sorry to the UFC, first of all, and the most sorry to Julia Avila. I hope that maybe in the future we can stikk meet up. Gosh, I was so ready for the fight. I was in such good shape, and I’m so upset that I can’t show people what I prepared for this fight.”

Stoliarenko most recently appeared in the octagon this past August at UFC Vegas 6, where she lost a decision to Yana Kunitskaya. The setback snapped a five-fight winning streak on the regional circuit after a decision loss at The Ultimate Fighter 28 Finale.

Weight-cutting is considered by many regulators to be one of the most serious issues in combat sports. The NAC forbids fighters from losing more than two pounds after a weigh-in. The UFC has also advised fighters via its Performance Institute to taper weight cuts rather than lose excessive amounts of weight and risk health issues from serious dehydration. The California State Athletic Commission enacted a 10-point plan to curb the practice, advising fighters who gain more than 10 percent of their body weight on fight day to move up a division and issuing steeper fines for those that come in heavy on the scale.

The UFC in 2016 implemented morning weigh-ins to take place the day prior to an event. The move was thought to give fighters more time to rehydrate and thus be more healthy on fight-night. But a recent study indicated the shift has had unintended effects, with more fighters missing weight and by higher amounts, and female fighters in particular missing weight more often.