Kevin Holland eyes welterweight fight with Belal Muhammad: ‘Why not do it now?’
This topic has been deleted. Only users with topic management privileges can see it.
F
F
fightgal Reply Quote 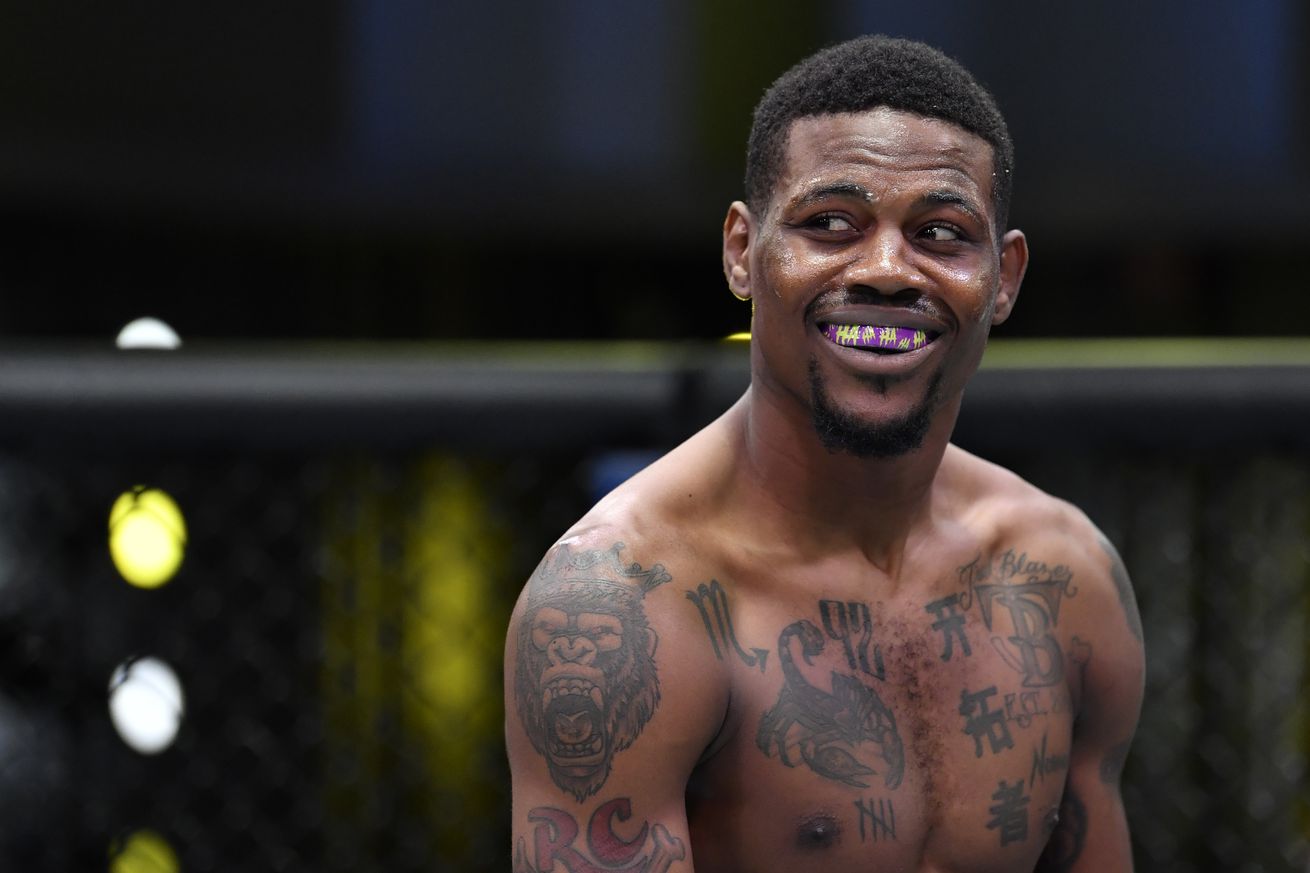 A 25-minute fight with Derek Brunson served as a reckoning for Kevin Holland at UFC Vegas 22.

Now, the middleweight is talking about going through with a long-held plan to fight one division lower after a loss to Brunson on Saturday night at UFC APEX.

“Honestly, I’d like to get a nutritionist and try 170,” Holland said on the ESPN post-fight show. “Those boys are heavy in there at 85. It’s nothing I just can’t deal with. It’s just something that when you fight for 25 minutes, you think about that type of stuff.

“So if I could try a 70 fight, that would be awesome. Belal kept mentioning my name getting ready for this fight, and I kept commenting on his little stuff. Belal [Muhammad is] coming off an eyepoke, I’m coming off a loss. We wanted to fight before. Why not do it now?”

Muhammad has been on Holland’s radar for quite a while now, and the callout comes after the veteran 170-pound fighter’s setback earlier this month in a pivotal bout against Leon Edwards. An accidental eyepoke brought an unfortunate ending to their UFC Vegas 21 headliner, with a no-decision declared after Edwards gouged Muhammad’s eye.

Since then, Muhammad has pushed for a rematch and grown irate at Edwards’ flip-flop on the idea. It’s unclear what the promotion plans for the welterweights.

Holland’s future is still up in the air, too. But it was hard for him not to see the writing on the wall given the result against Brunson, who repeatedly put him on the mat and held position.

Mid-fight, Holland was his usually talkative self, at several points conversing with former lightweight champion Khabib Nurmagomedov, and of course talking to Brunson, who mostly ignored him and pounded away. Judges awarded the Strikeforce vet a unanimous decision with scores of 49-45 and 49-46 twice.

“So I think I was just overthinking it. And then the last two rounds, I was like, oh crap, this ain’t that bad. I probably should have pushed it from the beginning, but sh*t, props to Brunson.”

The loss snapped a five-fight winning streak that made Holland the fastest UFC fighter to rack up as many wins, and it denied him a new record for the most octagon wins in a calendar year. He couldn’t do much other than admit Brunson was the better man.

“He played it smart, and good job for his part,” Holland said. “He did a really good job.”

If Holland took one silver lining from the bout, it was a fifth-round takedown that briefly turned the tables on Brunson.

Moving forward, though, Holland seems to realize the need to utilize his weight to his greatest advantage. Giving up pounds will only lead to more heartache.