On last bout of UFC contract, Bruno Silva says UFC Vegas 22 is ‘the fight of my life’
This topic has been deleted. Only users with topic management privileges can see it.
F
F
fightgal Reply Quote 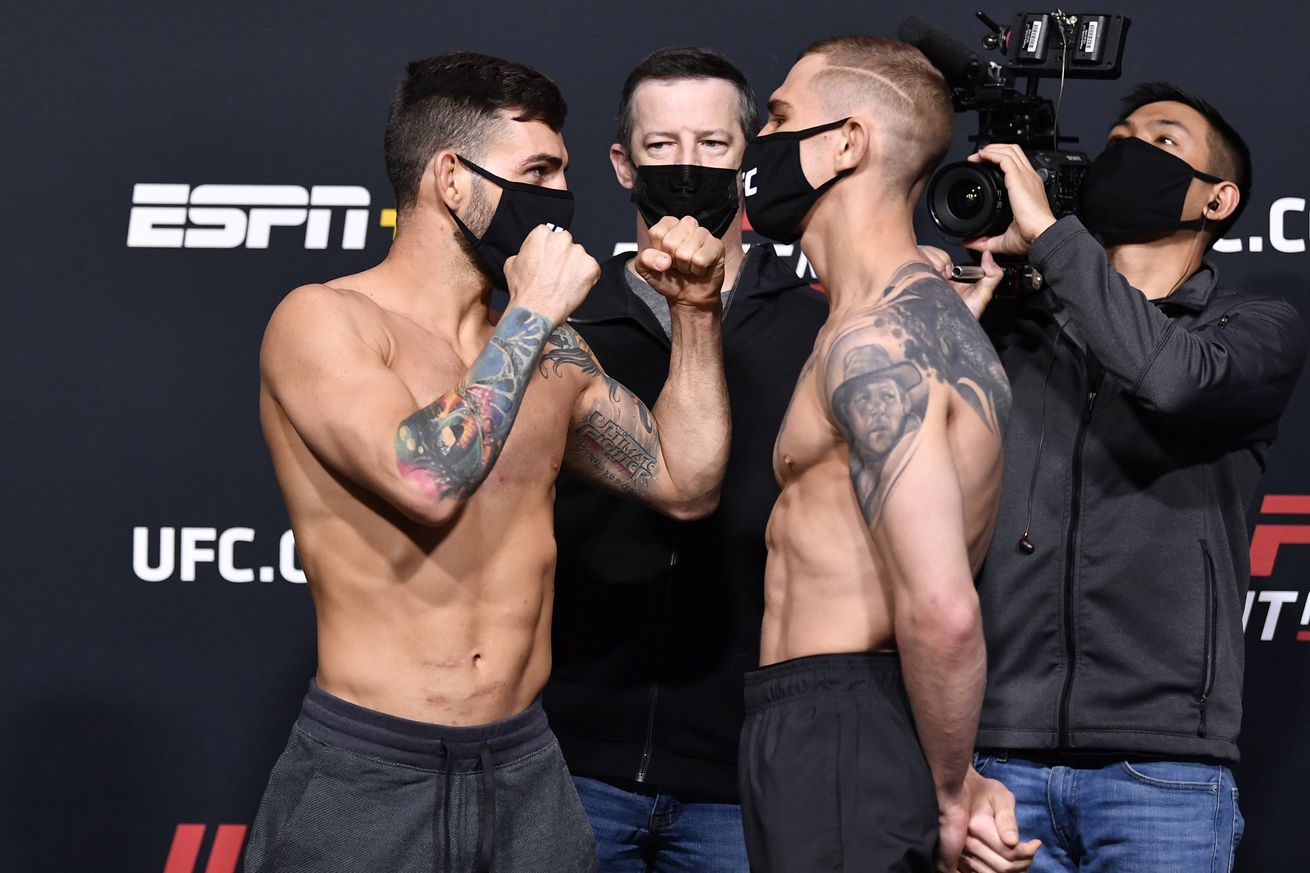 Bruno Silva will kick off the action at UFC Vegas 22 against promotion newcomer JP Buys. | Zuffa LLC via Getty Images

Bruno Silva won’t let any outside pressure get inside his head as he enters his UFC Vegas 22 flyweight fight with JP Buys on Saturday night, but knows his job is on the line.

“Bulldog” was signed by the UFC on the heels of his friend Henry Cejudo’s success in the company, but lost via submission to Khalid Taha in his debut. The bout was later overturned to no-contest after his opponent failed a drug test.

After ended up losing two entertaining decisions in a row to David Dvorak and Tagir Ulanbekov, Silva walks to the cage on the last fight of his current deal with the UFC in a must-win situation.

“This is the last fight of the contract and the victory is the only thing we think about,” Silva said in an interview with MMA Fighting. “No doubt, man. There’s no other [option]. We train focused on it, study the opponent and do out best so the victory comes. That’s the only goal.”

In fact, being around former two-division UFC champion like Cejudo for so long has given Silva experience to go through such delicate situation, he said, because “you kind of get used to the pressure and see it as something normal.”

“It’s just another fight,” Silva continued. “It’s the fight of my life, of course. The next fight is always the most important, so that’s something that comes naturally. Stay calm and focused, there’s no pressure here because what we do here is to gore and fight happy. The secret of life is being happy. We’re in this journey and whatever has to happen will happen, so we better stay happy and cool.”

Silva feels he had “probably one of the best camps” of his MMA career after training close to his mother and family in Sao Paulo, something he hasn’t done in “eight years on the road, travelling, living in gyms.” Back to his roots once again, “Bulldog” predicts a late finish Saturday.

“The way I see it, this fight ends by knockout or technical knockout,” Silva said. “He comes out strong in the first round and puts pressure with his grappling to submit, but spends way too much energy trying to get a quick finish.”

Buys is a two-time veteran of Dana White’s Contender Series TV show, earning a deal with the promotion with the first-round stoppage of Jacob Silva this past November. “Bulldog,” a former The Ultimate Fighter: Brazil contestant, expects Buys to “feel the pressure” in his UFC debut.

“Every time you have something new it makes you uncomfortable, makes you different,” Silva said. “So I see myself knocking him out in the second or third round.”