Video: Grant Dawson on Leonardo Santos: ‘He better hope he finishes me in the first 30 seconds’ at UFC Vegas 22
This topic has been deleted. Only users with topic management privileges can see it.
F
F
fightgal Reply Quote 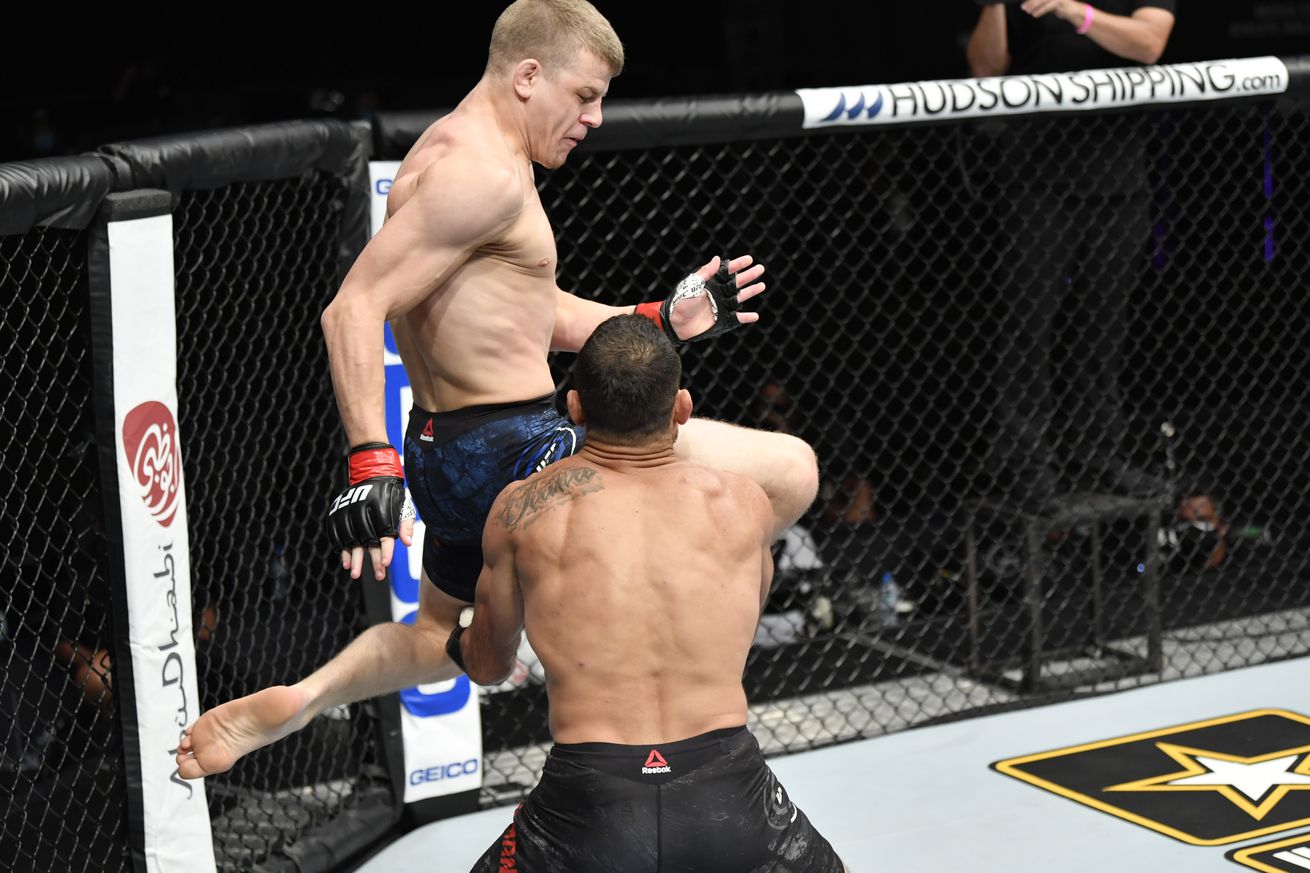 Grant Dawson and Leonardo Santos will battle it out to determine who remains unbeaten in the UFC this Saturday. The former is confident that it will be his night.

Dawson make his first appearance as a member of the UFC’s lightweight roster when he fights Santos at UFC Vegas 22 at UFC APEX in Las Vegas. “KGD” has won seven straight, which includes a 4-0 start to his UFC career after earning a contract with a second-round submission win over Adrian Diaz on Dana White’s Contender Series in August 2017.

The 27-year-old joined MMA Fighting’s Mike Heck on What the Heck to preview the matchup with Santos and explain what he’s been doing to make the jump to 155 since his dominant decision win over Nad Narimani in July. He also discusses James Krause’s influence and not having his head coach in the gym for a chunk of his training camp, not being impressed with Santos’ current run, how he likes the matchup stylistically, feeling that his opponent’s best chance to win will be in the first 30 seconds, wanting to turn right back around in May, and what it would take for him to ever drop back to 145.