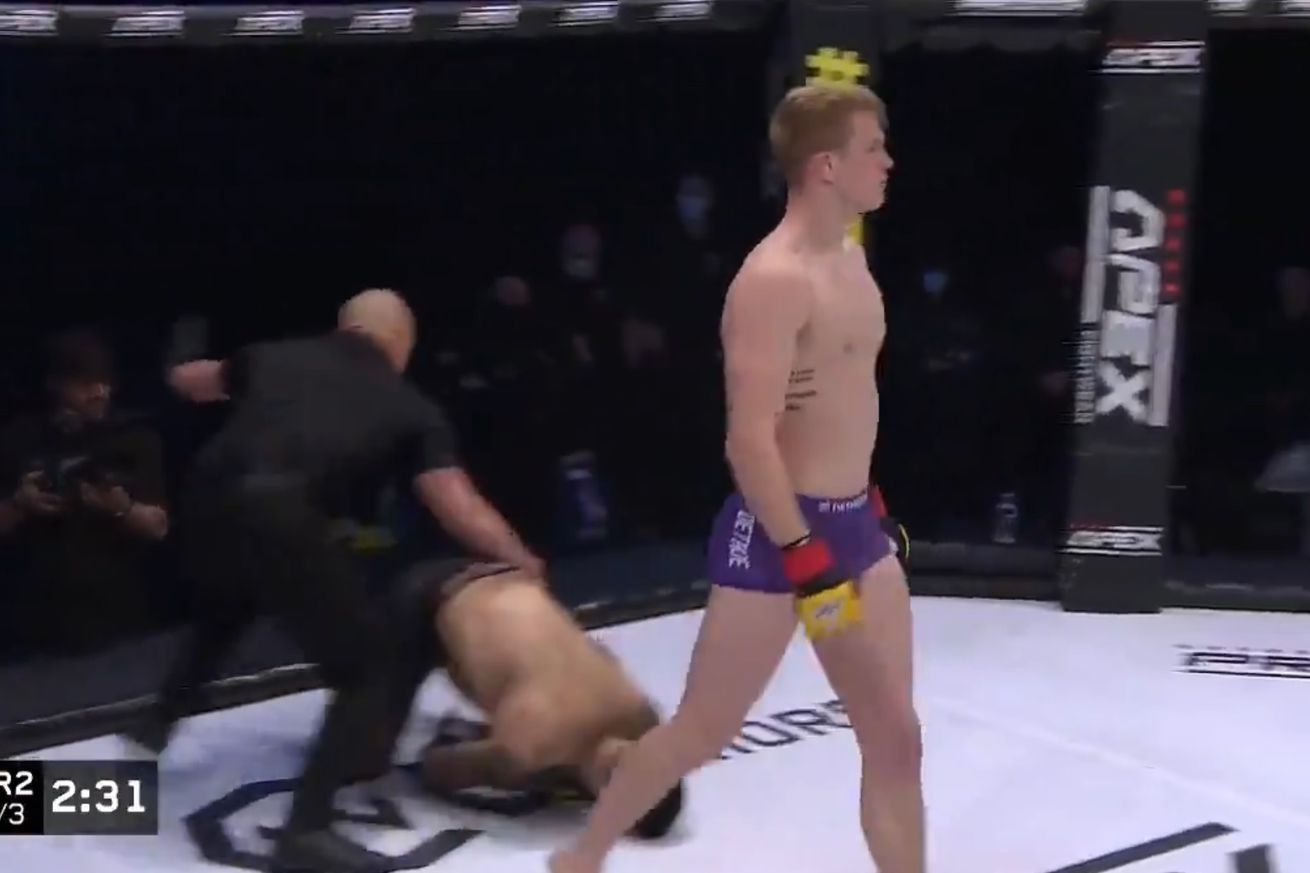 Ian Garry (right) marches away from a fallen Rostem Akman (left) at Cage Warriors 121 in London on Friday | @CageWarriors, Twitter

Ian Garry’s nickname might be “The Future,” but it doesn’t look like he’ll be waiting for stardom much longer.

The Irish welterweight remained undefeated at Friday’s Cage Warriors 121 event in London after blasting recent UFC competitor Rostem Akman with a powerful head kick. Garry coolly walked off after landing the finishing blow and the official time of the stoppage was 2:28 into round two.

Garry, 23, stamped on the mat and shook wildly as he celebrated, then said to the nearest camera, “UFC. I’m coming.” He improved to 6-0 as professional.

With Jack Grant defeating Madars Fleminas by second-round submission later in the show, Grant and Garry will now face off at a later date for the vacant Cage Warriors welterweight championship. Garry, Grant, Akman, and Fleminas were participants in a four-man tournament to decide who would vie for the title.

Akman lost his third straight fight to fall to 6-3. This was Akman’s first fight since October 2019. The Swedish fighter made two appearances for the UFC that year, dropping unanimous decisions to Jake Matthews and Sergey Khandozhko before parting ways with the promotion.

Cage Warriors 121 is the second of three straight Cage Warriors events taking place from Thursday to Saturday. All three are available to watch on UFC Fight Pass.