Belal Muhammad unleashes on Leon Edwards: ‘Man-to-man, if you’re happy with that result, you shouldn’t call yourself a fighter’
This topic has been deleted. Only users with topic management privileges can see it.
F
F
fightgal Reply Quote 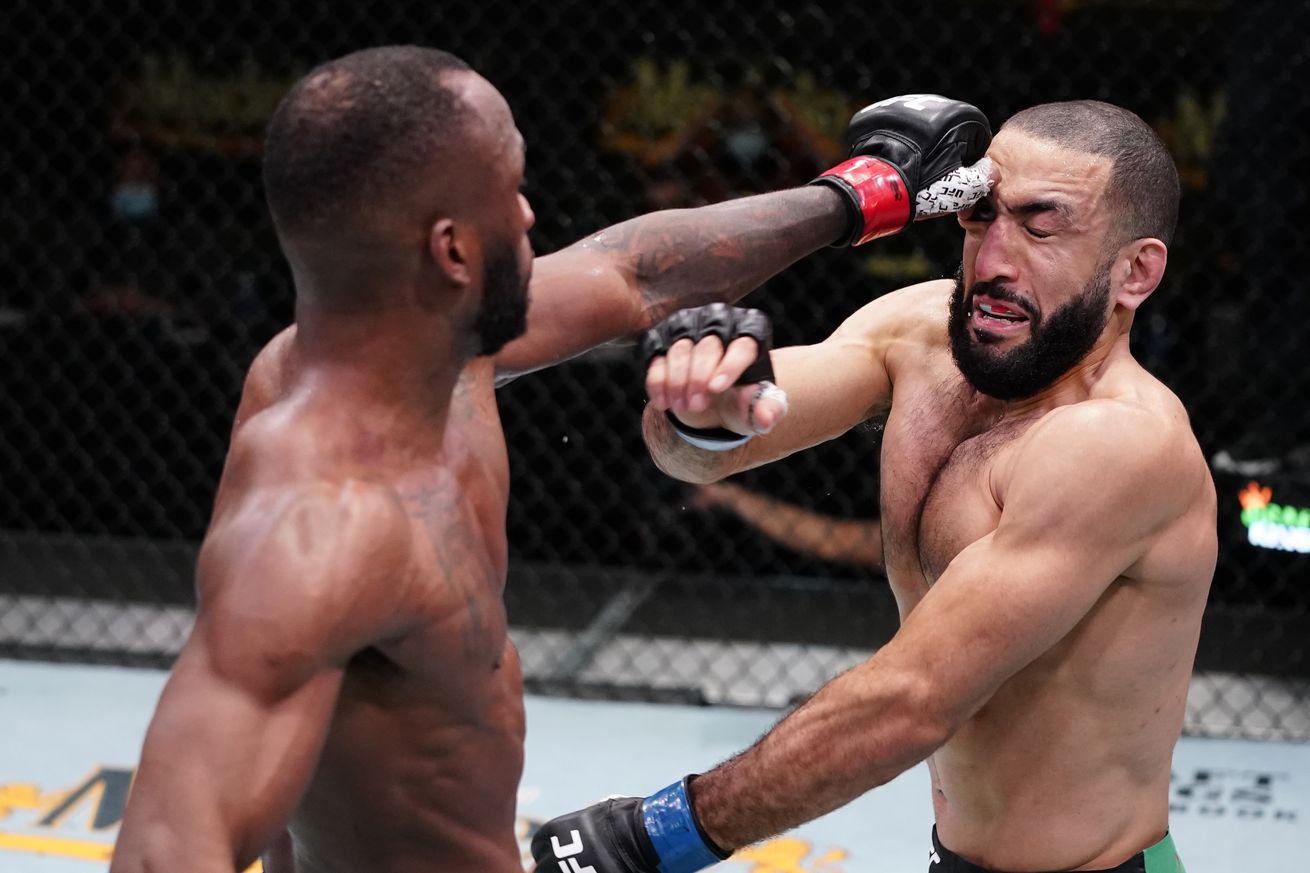 Three days after his UFC main event, Belal Muhammad is still nursing wounds from the UFC Vegas 21 fight – but not because he took damage in a win or a loss.

Instead, the welterweight contender is wearing sunglasses after an inadvertent eye poke from Leon Edwards led to a no-decision less than one minute into the second round. It was seemingly the worst-case scenario for both fighters; Edwards was returning for the first time since 2019 with a title shot potentially on the line, and Muhammad was stepping up in competition after accepting a short-notice opportunity.

Muhammad said his team had warned referee Herb Dean that Edwards likes to fight with his hands and fingers extended, which can lead to those kinds of fouls being committed. Edwards was warned for a separate eye poke in the first round.

Nothing could have prepared Muhammad for the kind of agonizing pain he felt following the eye poke he took in the second round.

“Honestly, literally I thought I was blind,” Muhammad told MMA Fighting on Tuesday. “I was moving my eye around, when you’re trying to move your eye around, and I literally couldn’t see nothing but black. I closed my other eye just hoping I could see something, and I couldn’t see absolutely nothing.

“It was more so from there, I knew the fight was going to be over, and that’s honestly what broke my heart the most, because that’s what you work your whole career for that moment, my life literally could have changed with that fight. I could have beat him and we could be fighting for a title next. That was a life-changing moment for me and my family, and a lot of things could have changed, but it was all snatched away with a freaking eye poke.”

Dean ultimately declared the fight a no-decision because he didn’t believe the eye poke was intentional, and that was perfectly fine with Muhammad at the time.

Immediately after the event ended, Edwards profusely apologized for the foul. But in subsequent interviews, he shifted away from a potential rematch with Muhammad and instead turned his attention toward a potential title shot. That didn’t sit too well with Muhammad, especially considering he was still just trying to open his eye two hours after the fight and it appeared Edwards had already moved on.

“I was seeing red – I was pissed,” Muhammad said. “Honestly, that’s what pissed me off the most. Cause he was looking past it, not worried about it. At that moment, he felt bad, but then he looked past [me]. I could have been sitting there in the hospital blind, my career could have been over, and he wasn’t even thinking about it. But he’s doing a press tour like he freaking won the fight – ‘I’m back, I need the title fight.’ That’s the thing, he thinks he’s owed all of this stuff, and that’s why I feel people do not like him.

With an eight-fight winning streak already established prior to his fight against Muhammad this past weekend, Edwards felt like he had already done enough to get the next title shot. But on Monday, UFC President Dana White announced welterweight champion Kamaru Usman would rematch Jorge Masvidal in April at UFC 261.

That means Edwards won’t be getting a title shot any time soon, which only furthers Muhammad’s cause that the rematch should happen sooner rather than later.

“Dana White literally said if he beats me, he gets the title shot,” Muhammad said. “Well, the title’s already on the line with somebody else, so you obviously need another fight unless you’re going to sit out another 600 days. This fight literally makes the most sense. We literally had a fight, it was unfinished business.

“I’m fuming. I didn’t get an ending to the fight. I have a bad taste in my mouth because there was no result in the fight. Now, I feel like I didn’t fight and I need to fight. I need that energy. I need that fight again.”

According to Muhammad, the stitches placed underneath his eyelid will come out sometime within the next week before he can slowly start a return to training. No exact timeline has been determined when he can fight, but he’s already itching to get back into the gym to begin preparing for a second meeting with Edwards.

The first time around, Muhammad only wanted to fight Edwards from a competitive point of view, taking a chance to better his own career against a higher-ranked opponent. Considering how Edwards essentially shot down a rematch before it was even offered, Muhammad is taking things a little more personally now.

“There’s five rounds in a fight, you moron. I literally pick up as the fight goes on, so the fact that he’s talking like that, that’s what’s pissing me off the most.”

In closing, Muhammad sent Edwards a strong message with an invitation to accept his challenge for the rematch so they can finish what was started at UFC Vegas 21.