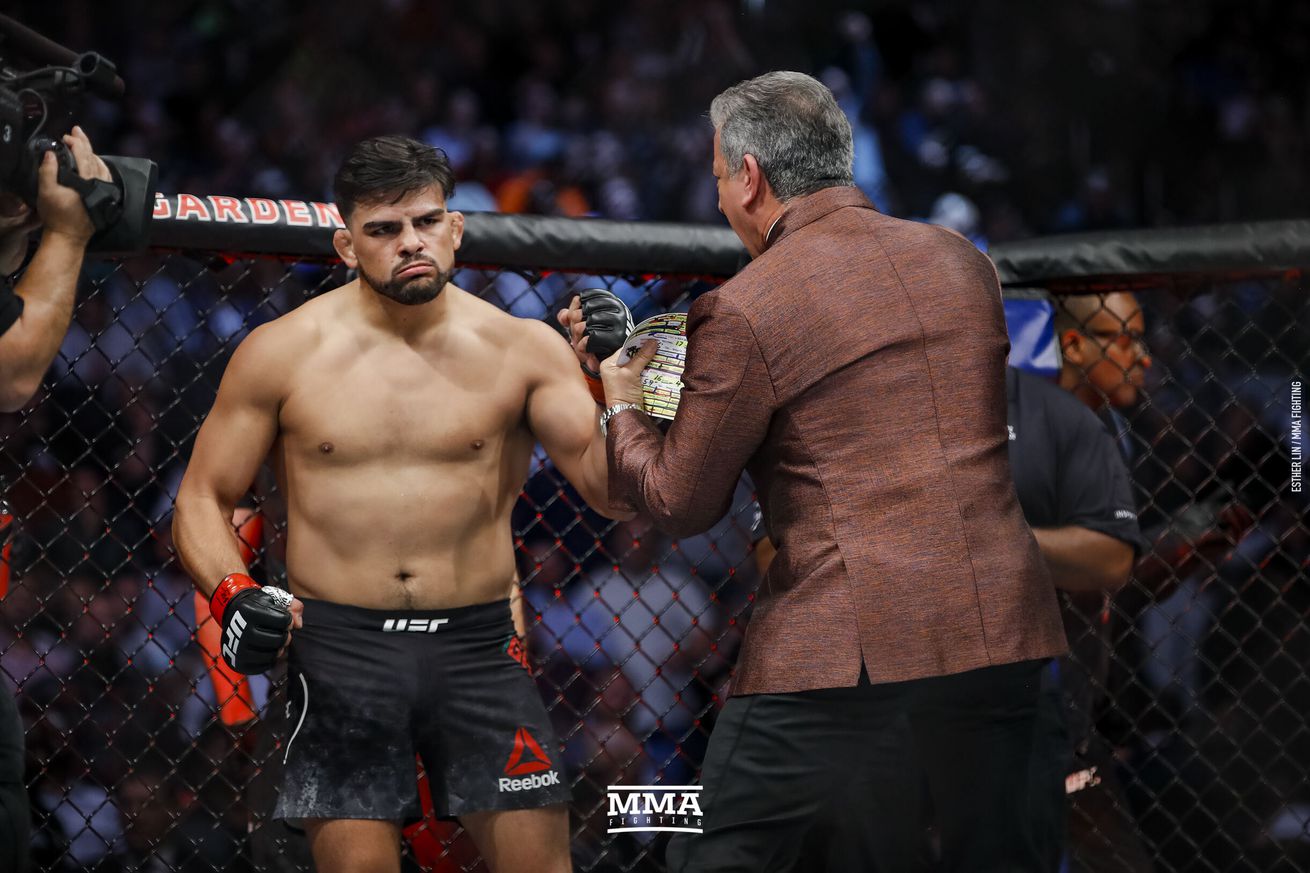 Ask and you shall receive.

Kelvin Gastelum will step in as a replacement in the main event of UFC’s April 17 Fight Night card Robert Whittaker following Paulo Costa’s withdrawal, multiple people with knowledge of the booking told MMA Fighting following a report from ESPN. The card is expected to take place at Las Vegas' UFC APEX.

Costa withdrew from the five-round main event on Monday amid a ongoing fight with a severe flu weeks after testing positive for COVID-19.

Whittaker and Gastelum were paired up against each other for the UFC championship in 2019, but “The Reaper,” a middleweight king at the time, was pulled from UFC 234 due to health issues. Gastelum fought Israel Adesanya for an interim belt two months later and lost a hard-fought battle.

Gastelum (17-6, 1 no contest) most recently won a decision over Ian Heinisch in February and said he would stay ready in case anything happened to either Whittaker or Costa. The Ultimate Fighter Season 17 winner was on a three-fight losing skid against Adesanya, Darren Till and Jack Hermansson prior to the victory.

Whittaker (22-5) is also climbing his way back to the top of the 185-pound class since losing his belt to Adesanya in October 2019, scoring decision victories over Till and Jared Cannonier in 2020.