Chan Sung Jung considered lightweight move due to inactivity
This topic has been deleted. Only users with topic management privileges can see it.
F
F
fightgal Reply Quote 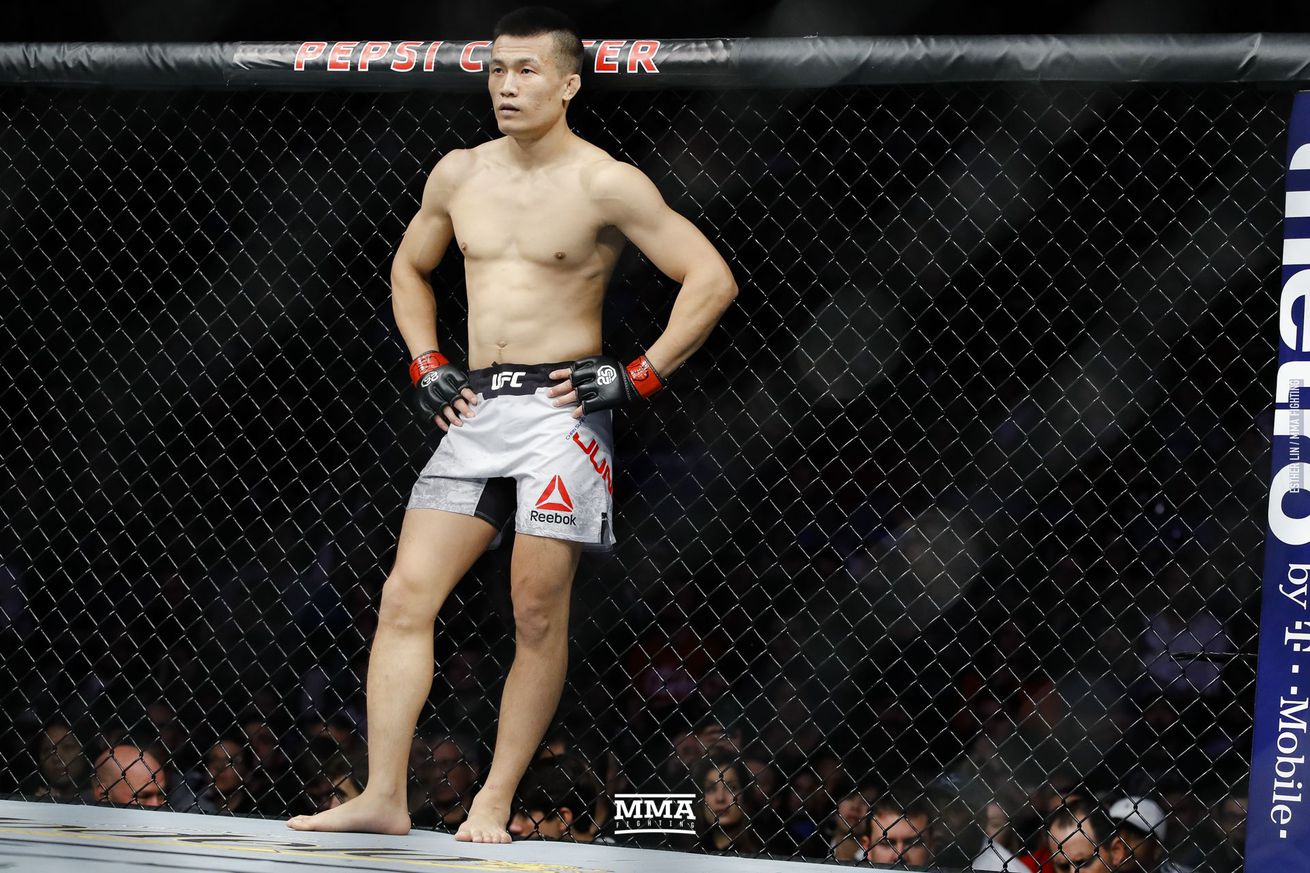 In a video update posted to his YouTube channel, “The Korean Zombie” expressed disappointment about not getting to compete next month, citing a “slight error” on the part of the UFC in regards to getting him a fight booking. The top-ranked featherweight had said in a previous video that he expected to be in the United States in April preparing for a fight.

Jung did not go into detail on what exactly the miscommunication was between his team and the UFC, but said that as recently as this past February he thought that he might fight either Arnold Allen or Sodiq Yusuff. However, knee surgery interfered with his plans, and now Allen and Yusuff are scheduled to fight one another on April 10.

That’s left Jung the odd man out as he waits for that matchup and others to play themselves out.

“All of the fighters that the UFC has given me to fight are now fighting each other,” Jung said (English translation via his YouTube channel). “I’m just kind of stuck in a pickle. The UFC gave me a list of fighters to fight and Sean Shelby believed that they’d return to the ring in time for me to fight. Even though I was down to fight, our schedules did not match and it didn’t work out. Everyone in the top-10 are scheduled to fight one another, leaving me with no one.

“The UFC won’t allow me to fight anyone outside of the top-10. The UFC chose three fighters that I can fight and I chose another three from the top-10. In a surprising turn of events, all six of those fighters are now fighting each other. This means I’ll have to wait even more to fight.”

Had Jung fought in April, it would have been six months since his most recent appearance, a unanimous decision loss to Brian Ortega in Abu Dhabi. Jung realizes that this means his wait to fight again will be even longer and he’s so eager to step back into the octagon that he even spoke to coach Eddie Cha and manager Jason House about a possible move up to lightweight.

“I had recently sat down with coach Eddie and Jason, my manager, and had a discussion about moving from the featherweight division to the lightweight division,” Jung said. “I asked Sean if I could fight any lightweight fighter ranked in the 15th to 20th place. Nevertheless, I had to give that up after hearing about how long I would have to wait.

“Since I had nothing scheduled as a featherweight fighter, I thought moving to the lightweight division wouldn’t be so bad. At least I would be doing something, but sadly, that didn’t work out either.”

Jung’s name came up this weekend at UFC Vegas 21 after Dan Ige scored a hellacious one-punch knockout of Gavin Tucker. Post-fight, Ige used his interview time to call for a fight with the Zombie.

It sounds like the matchmakers’ work is done, because Jung named Ige as a likely opponent in his video that was filmed before Saturday’s show.

“For me to fight, I need all of the injured fighters to completely heal, or the opponent of the fighter that I want to fight needs to back out, or I can just fight Dan Ige [if he beats Gavin Tucker],” Jung said. “It looks like the UFC is going to make me fight someone in the top-10. To be honest, I’m fine with anyone, but we’ll see what happens.”

Watch the rest of Jung’s update here and his quick rundown of the UFC’s top featherweights, including Alexander Volkanovski, Brian Ortega, and Max Holloway.