Stephen Thompson: I deserve title shot more than Leon Edwards
This topic has been deleted. Only users with topic management privileges can see it.
F
F
fightgal Reply Quote 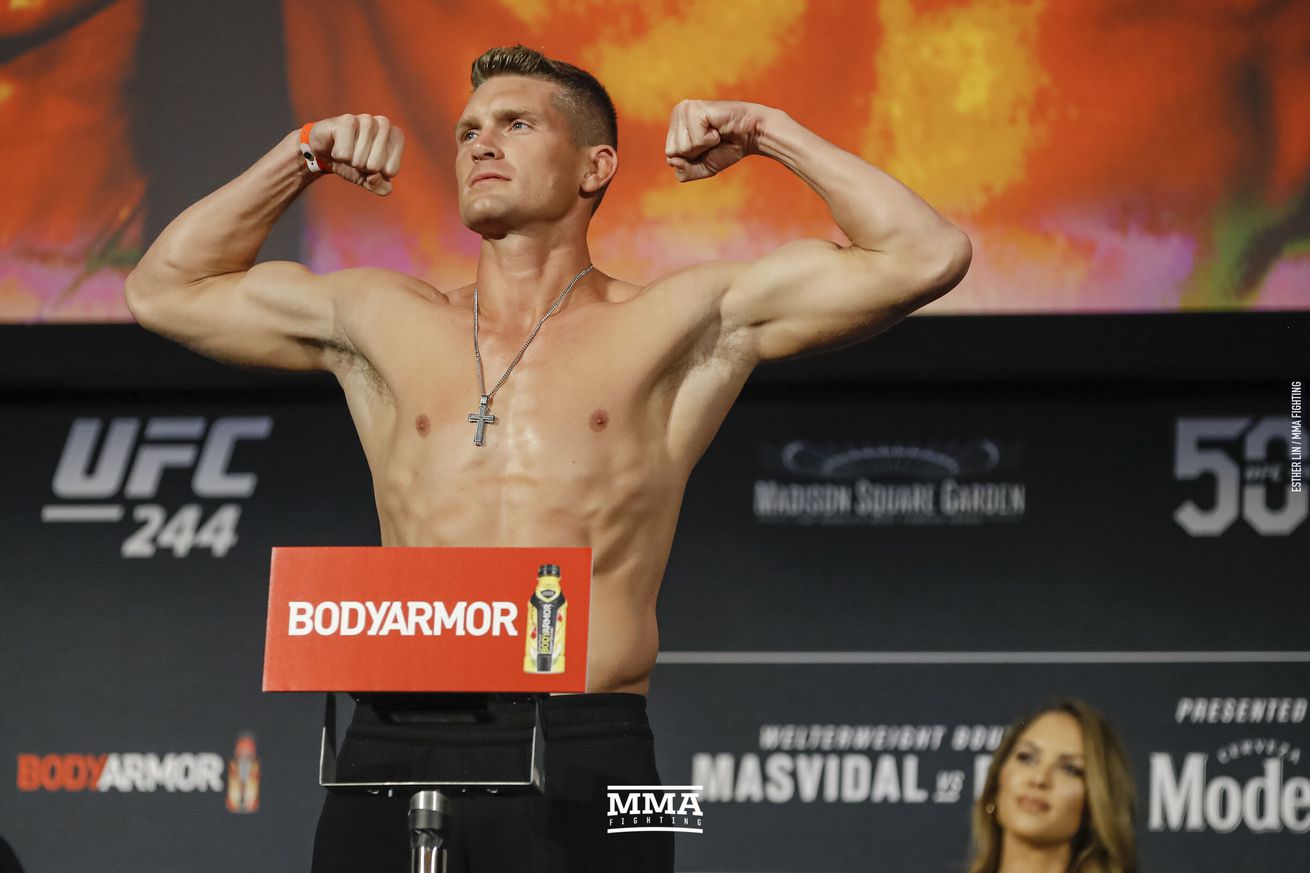 Stephen “Wonderboy” Thompson has been working toward another shot at a UFC championship, and he feels he’s in prime position after the way things shook out this past weekend.

“With the eye poke, there’s only one thing to do, and that’s to run it back,” Thompson said on his What’s Up Everybody?! podcast. “I know Edwards is saying he deserves the title next, but you can’t get the title after being gone for two years and then having a no-contest with a poke to the eye.”

The UFC Vegas 21 main event this past Saturday was supposed to provide some clarity in the welterweight title picture. Longtime contender Leon Edwards returned from a 19-month hiatus and was assured a title shot with an impressive win. Unfortunately for him and his opponent Belal Muhammad, the bout ended in a no-contest when he poked Muhammad in the eye in the second round and Muhammad was unable to continue.

Despite the non-finish, Edwards said afterward he is not interested in a rematch with Muhammad because he feels he was winning the fight and that the eight consecutive wins he compiled before UFC Vegas 21 gives him a strong case to challenge current welterweight titleholder Kamaru Usman.

Thompson, a two-time title challenger, explained why he thinks he should be the one to fight Usman next.

“I know Edwards is like, ‘No man, I want to fight for the title,’” he said. “Come on, dude. You haven’t fought. I deserve the title more than you deserve it at this point. I’m just saying. You know what I mean? Come on, guys. I’m the only guy that Usman hasn’t fought.”

In his most recent appearances, Thompson won back-to-back decisions in bouts against Geoff Neal and Vicente Luque, breaking out of a 1-3-1 slump that included two failed attempts to wrest the welterweight title from Tyron Woodley. In those recent wins, he only lost a single round on one judge’s scorecard.

Were he in the same position as Edwards, Thompson, from a family of martial artists, doubts his loved ones would approve of him campaigning for a title shot.

“If I would have thought that, you and pops would slap me into oblivion, saying, ‘No, you’re running it back with this guy. You’re not gonna get a title shot for that,’” Thompson said.

Thompson also wondered why Aljamain Sterling was awarded a disqualification victory and the UFC bantamweight title after being on the receiving end of an illegal knee from Petr Yan at UFC 259, while Edwards escaped with a no-contest for his foul. The eye poke that Muhammad suffered was actually the second of the contest after Edwards also poked him in round one.

Referee Herb Dean deemed Edwards’ foul to be unintentional, whereas at UFC 259, referee Mark Smith disqualified Yan for an intentional foul. But Thompson doesn’t understand how that could be the case given that Edwards had already been warned once.

Outside of the disastrous end to the fight, Thompson praised Edwards. He said “Rocky” didn’t look as if he’d lost a step in his first outing since July 2019, and he agrees Edwards appeared to be ahead on the cards before the foul.

“He looked really crisp, he looked really sharp, he looked fast,” Thompson said. “That’s the best shape I’ve seen Edwards in. He was looking shredded. … His fighting skills, he had great timing, he looked very calm. He had Belal backing up. I had him winning the fight up until the point where he poked [Muhammad] in the eye and [Muhammad] couldn’t continue. But anything can happen. Belal was saying he was just getting warmed up.”

Thompson is in favor of Edwards fighting someone like Colby Covington or Jorge Masvidal, though he recently told MMA Fighting that he would have loved to fight Edwards were it not for a leg injury that sidelined him at the start of 2021. He takes umbrage with Edwards suggesting that nobody at 170 pounds wanted to fight him.

“I have been constantly calling him out,” Thompson said. “What? How could you say that? I called you out in a nice way.”

Watch the rest of Thompson’s What’s Up Everybody?! podcast episode here: