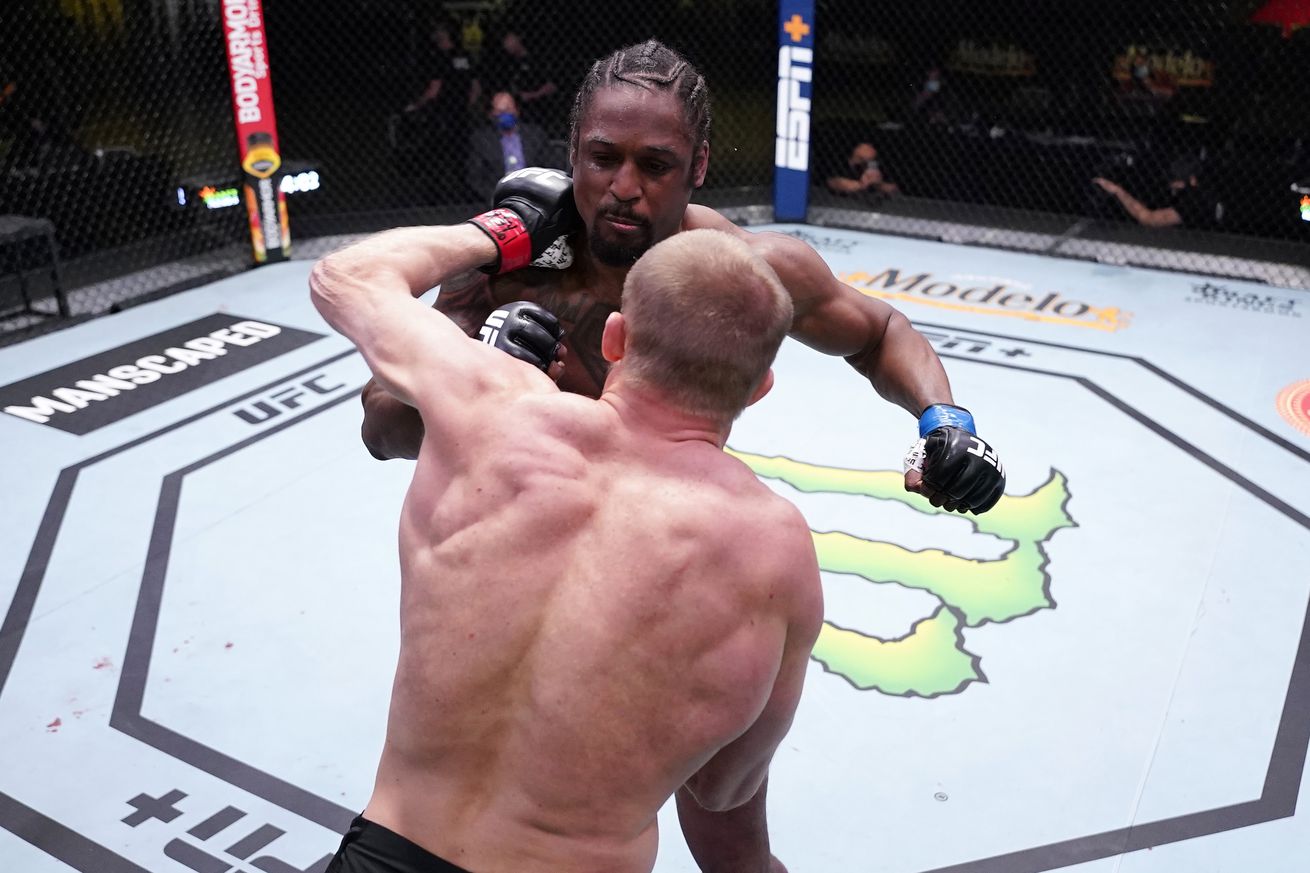 After a flurry of fists brought a victorious ending for Ryan Spann at UFC Vegas 21, tears flowed. That was the opposite emotion he initially expected.

So angered was Spann by a flood of social media haters after his previous performance, a knockout loss to Johnny Walker this past September, that he thought his post-fight celebration would instead be an explosion. His Fortis MMA teammate Uriah Hall had to give him “a little pep talk” to calm him down.

“I’m not going to tell you exactly what he said,” Spann said with a chuckle at the event’s post-fight press conference on Saturday at UFC APEX in Las Vegas. “Before I left, because I was like, ‘I’ve got a feeling I’m going to win this fight and just start yelling at everybody.’ So I had to keep my calm and stay composed.”

The loss wasn’t the thing that made him think he’d lose it. He’d been knocked out in previous fights, though never on such a large stage. The thing that got him were the fans who slid into his DMs telling him what he did wrong and how much he sucked.

Spann doesn’t live his life in the MMA bubble, so the intrusion admittedly stung.

“I took a lot of backlash online, and I pay attention to all that,” Spann said. “I’m a real private guy, so I don’t necessarily speak too much.

“So it was kind of weird for people to be hitting me up like that, like I wasn’t on an eight-fight win streak and the guys that I fought, most of them were either in Bellator or the UFC at some point or another. Like I was just nothing. So I just kind of took all that.”

Hall helped put some of that into perspective. The UFC middleweight, once one of the most heavily hyped up-and-comers in the octagon has quite a lot of experience with expectations and what happens when the fans say you’re not meeting them.

You don’t need to guess what Hall told Spann. You can just go back and look at his interviews.

Spann took from his loss to Walker the lesson to be patient when you have your opponent hurt. Despite rocking the Brazilian on multiple occasions, he dove for a takedown that left his head exposed to hammerfists and elbows that eventually separated him from consciousness.

On Saturday, Spann dropped Cirkunov with a straight right and then let him get up when his initial onslaught failed to produce a finish. Not fully recovered, Cirkunov stood and hit the canvas shortly afterward when he took a hook to the temple and covered up.

It was then that the floodgates opened for Spann. Coupled with personal issues with his family – he replied “absolutely not” when asked to elaborate – there wasn’t enough room for anger.

“We made it,” Spann said of his post-fight feelings. “It was one of them. I think I explained it before where it’s like that relief of getting your hand raised. We had to go through a lot that I didn’t even speak on. Me and my family went through a lot to get to that moment.”

Now, Spann can get back to work knowing he’s silenced his critics. And while he doesn’t follow MMA in the same way that his colleagues do, he’s targeting the winner of an upcoming fight between one-time title challenger Anthony Smith and Jimmy Crute. He won’t need nearly as many wins this time to earn a title shot.