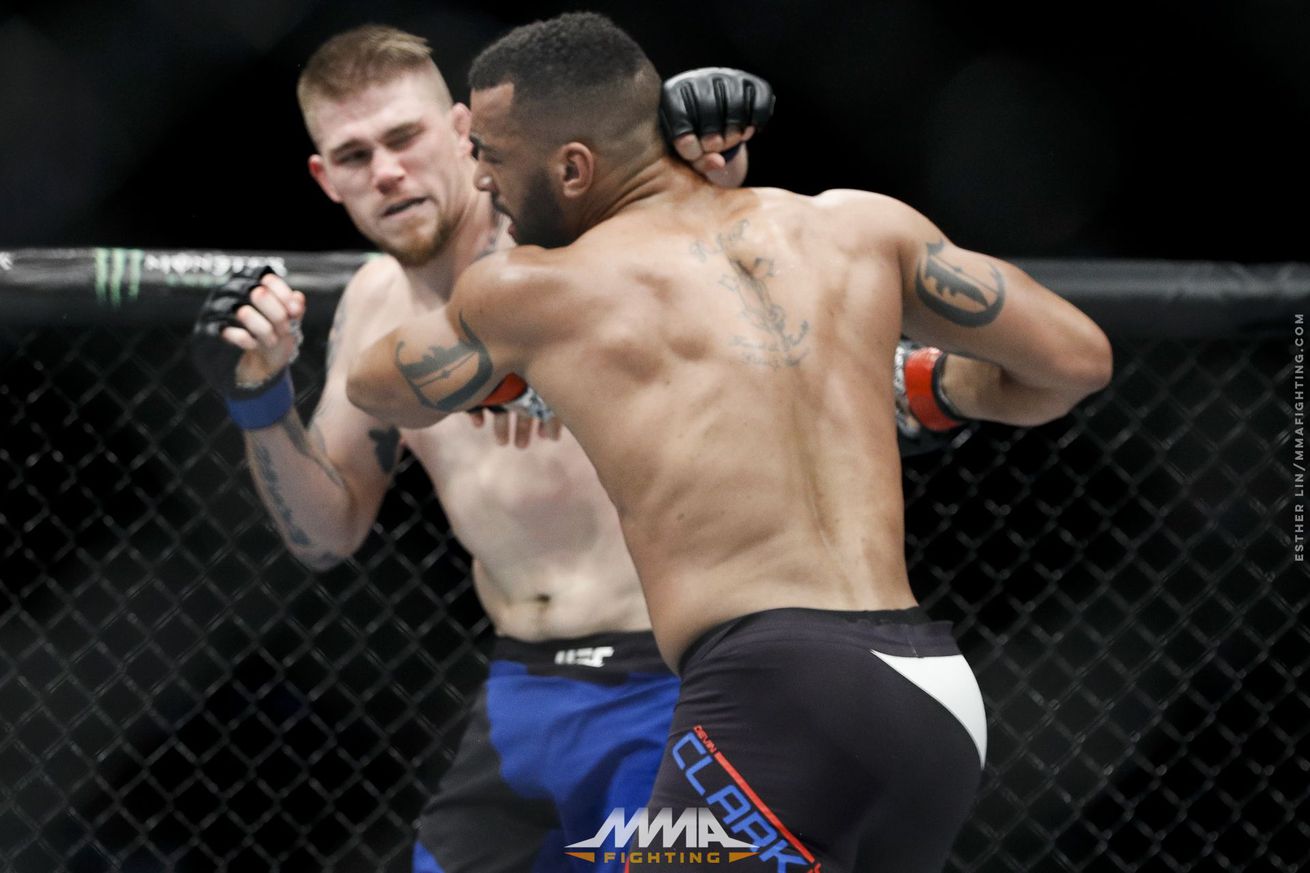 Carlos Felipe inked a new four-fight deal with the UFC, and the first bout of his new contract will take place June 12 against Jake Collier. Multiple people close to the situation confirmed the news to MMA Fighting. Combate first reported the matchup for UFC 263.

Felipe (10-1) started off his UFC career with a majority decision loss to Sergey Spivak in July 2020, but bounced back to the winning column with decisions over Yorgan De Castro and Justin Tafa. All three bouts took place on Fight Island.

Collier (12-5), who began his journey as a UFC fighter competing in the middleweight class before bulking all the way up to heavyweight, won a decision over Gian Villante in his most recent octagon appearance in December, moving to 4-4 under the UFC banner.

The UFC has yet to announce the exact location for UFC 263, a pay-per-view card that features a flyweight rematch between champion Deiveson Figueiredo and 125-pound challenger Brandon Moreno.