Ryan Benoit to fight Zarrukh Adashev at UFC event on May 8
This topic has been deleted. Only users with topic management privileges can see it.
F
F
fightgal Reply Quote 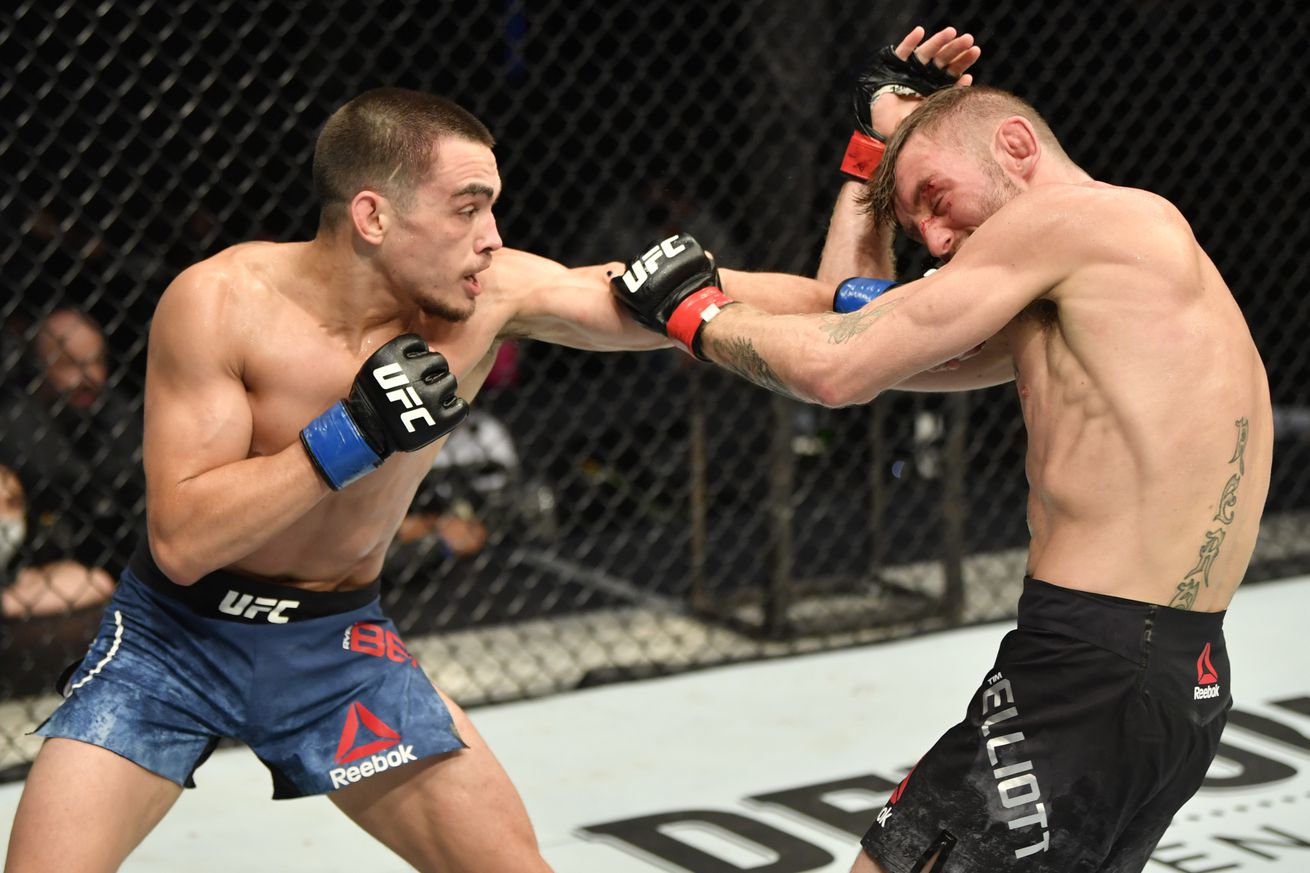 A flyweight scrap has been added to the UFC’s May 8 lineup.

MMA Fighting confirmed with sources with knowledge of the matchup that Ryan Benoit (10-7) will fight Zarrukh Adashev (3-3) at a UFC event on May 8, which takes place at a venue and location to be determined. The bout was first reported by MMA Junkie.

Benoit looks to snap a two-fight skid after dropping back-to-back decisions to Tim Elliott and Heili Alateng. “Baby Face” has not won a fight since beating Ashkan Mokhtarian by head kick KO in November 2017. He is 3-5 in the UFC and holds a notable victory TKO over current Bellator bantamweight contender Sergio Pettis.

Adashev, formerly a pro kickboxer, is 0-2 in his UFC career so far with losses to Su Mudaerji and Tyson Nam. His UFC debut actually came as a replacement for Benoit, who was scheduled to fight Nam in a bantamweight bout this past June. Adashev stepped in on less than a week’s notice, missed weight, and was knocked out in just 32 seconds.

Prior to joining the UFC, Adashev racked up three consecutive wins in Bellator.