Dana White: UFC has not moved on from Khabib Nurmagomedov – ‘Khabib is the champion’
This topic has been deleted. Only users with topic management privileges can see it.
F
F
fightgal Reply Quote 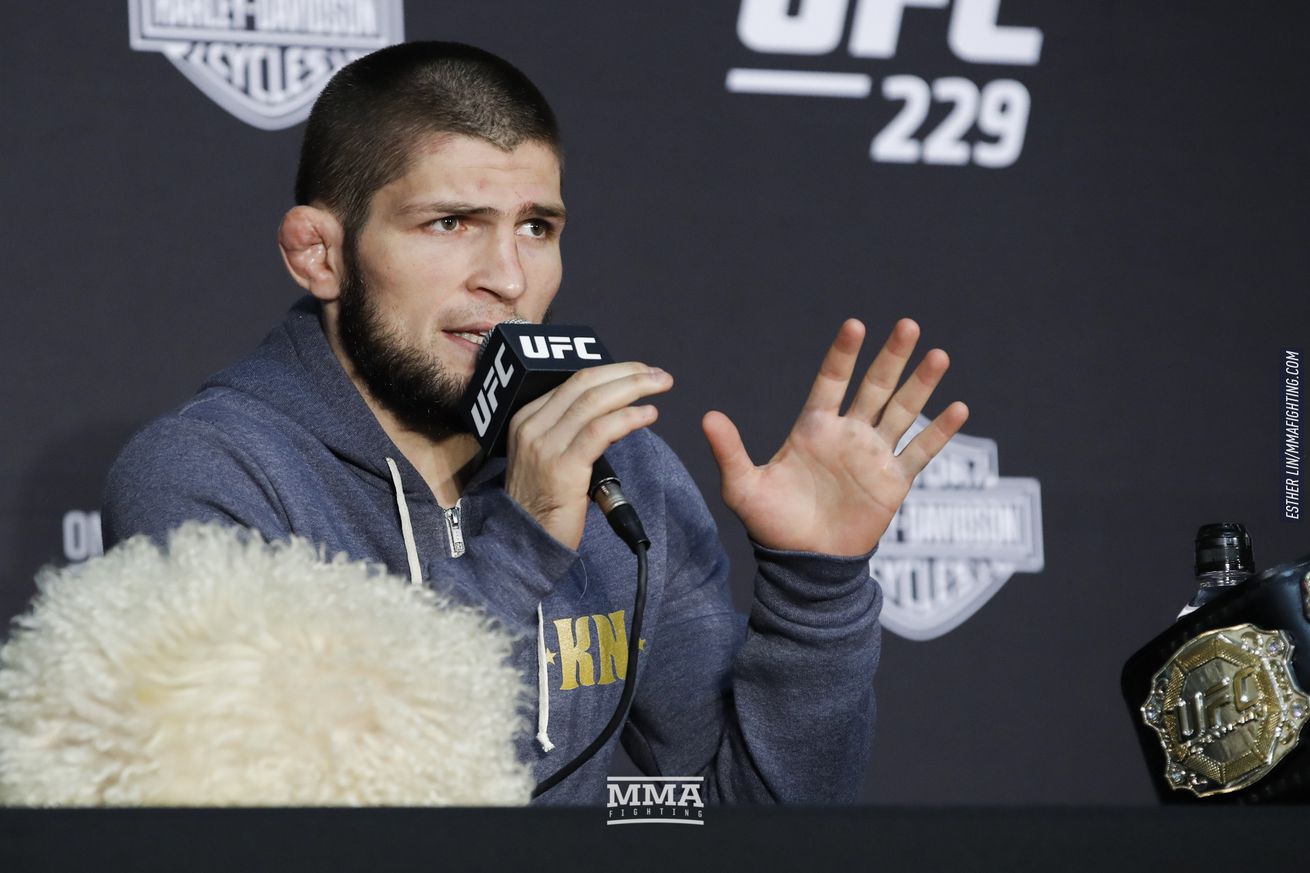 If you’re waiting for the UFC to put its lightweight title up for grabs, keep waiting.

Four months after Khabib Nurmagomedov announced his retirement from competition following a successful title defense against Justin Gaethje at UFC 254, “The Eagle” is still officially listed as the UFC’s champion at 155 pounds. Nurmagomedov called it a career after submitting Gaethje in the second round, finishing with a 29-0 record, and he has since maintained that he does not expect to fight again.

Just as insistent of the opposite is UFC President Dana White, who has repeatedly lobbied for Nurmagomedov to continue his fighting career. Following a meeting between the two in Abu Dhabi ahead of UFC 257 last month, White claimed that he was told by Nurmagomedov that if one of the four top-ranked lightweights (Dustin Poirier, Conor McGregor, Dan Hooker, and Michael Chandler) fighting at the event “can do something special,” then the champion would consider returning to action.

Poirier finished McGregor in the second round, and Chandler made short work of Hooker in his UFC debut, but the outcomes did not appear to shake Nurmagomedov’s resolve. In a recent interview, he stated that Poirier “deserves to be champion” and that the lightweight division should move on. White, in turn, said that if Nurmagomedov didn’t want to defend the belt, he wouldn’t press the issue.

Speaking to Complex, White suggested a scenario in which one of the remaining top contenders eventually claims the title.

“The one that deserves to be the champion is the one that comes out on top in this tournament,” White said. “Khabib beat Conor. Khabib destroyed Dustin. Khabib is the man. He’s the champ, he’s the guy. If you look at the guys that deserve to be there it’s whoever’s gonna win out of the top-5. You’ve got Poirier, Gaethje, [Charles] Oliveira, Chandler, and you still have Tony Ferguson and Conor in the mix too.”

Despite that lightweight field, White didn’t budge when asked point blank if the UFC has moved on from Nurmagomedov,

“No. We have not,” White said. “Khabib is the champion. Khabib’s coming to Vegas. He and I are gonna go to dinner and talk and see what’s next.”

White has said on multiple occasions that the ideal matchup for Nurmagomedov would be a second fight with McGregor. The two rivals headlined UFC 229 in October 2018, an event that generated the most pay-per-view buys in company history.

Check out the full interview below.