Pedro Munhoz vs. Jimmie Rivera off UFC 258, fight to be rescheduled for later date
This topic has been deleted. Only users with topic management privileges can see it.
F
F
fightgal Reply Quote 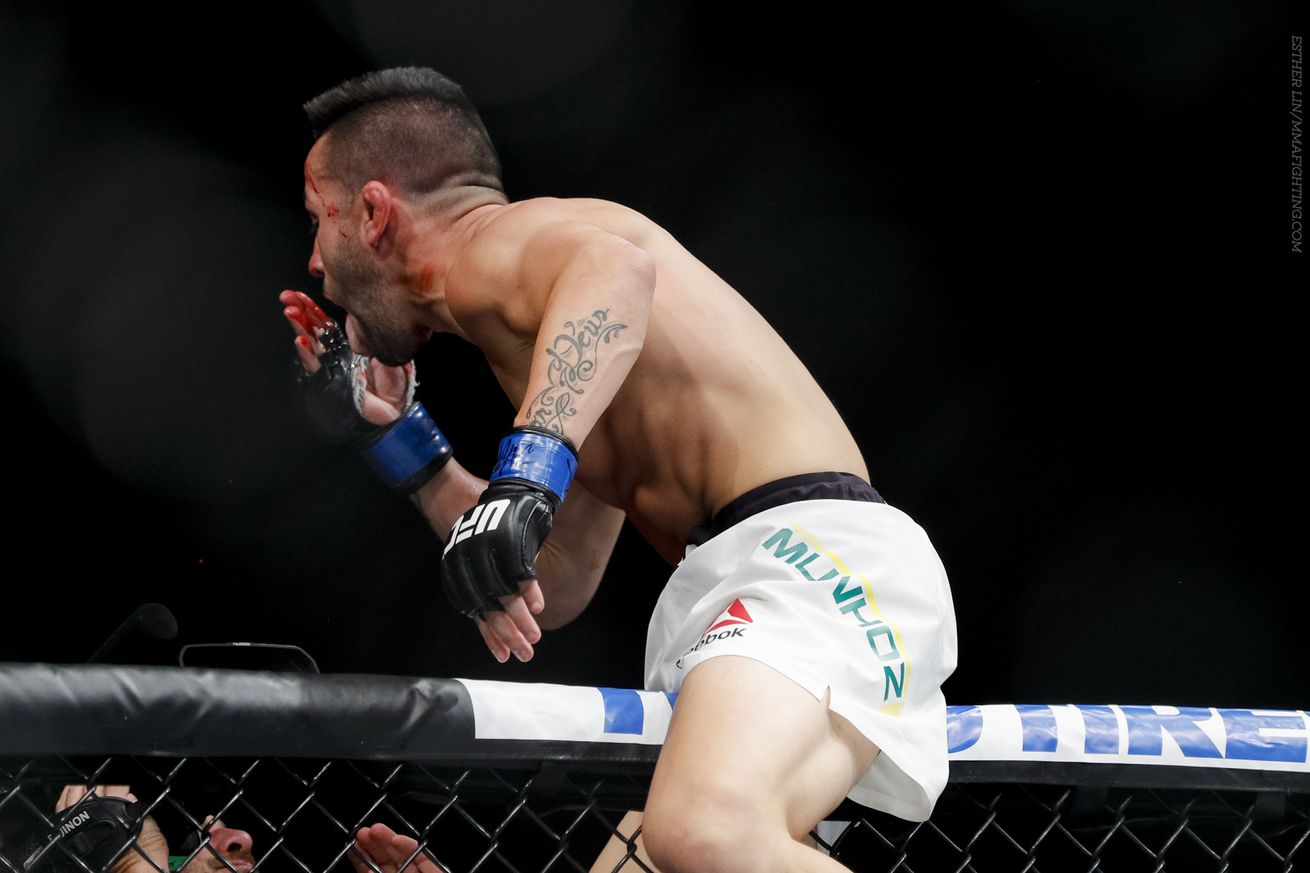 The rematch between Pedro Munhoz (pictured) and Jimmie Rivera has been postponed. | Esther Lin, MMA Fighting

While the UFC has made no official announcements regarding the bantamweight fight, a positive Covid-19 test was the culprit that ultimately forced the promotion to pull the bout.

The initial plan is to reschedule the match for UFC Vegas 20 on Feb. 27, sources said, but the deal is yet to be finalized.

Munhoz vs. Rivera was scheduled to take place in the pay-per-view portion of UFC 258 in Las Vegas. The final card of the month also goes down at the UFC APEX, featuring Jairzinho Rozenstruik vs. Ciryl Gane in the main event.

Rivera and Munhoz first met in the octagon in November 2015, with Rivera moving to 18-1 with a split decision victory in Sao Paulo, Brazil. Rivera won three in a row after that, but went 2-3 in his most recent five appearances. Munhoz won seven of 10 since then.