Bellator Light Heavyweight World Grand Prix kicks off in April, Anthony Johnson vs. Yoel Romero set for opening round
This topic has been deleted. Only users with topic management privileges can see it.
F
F
fightgal Reply Quote 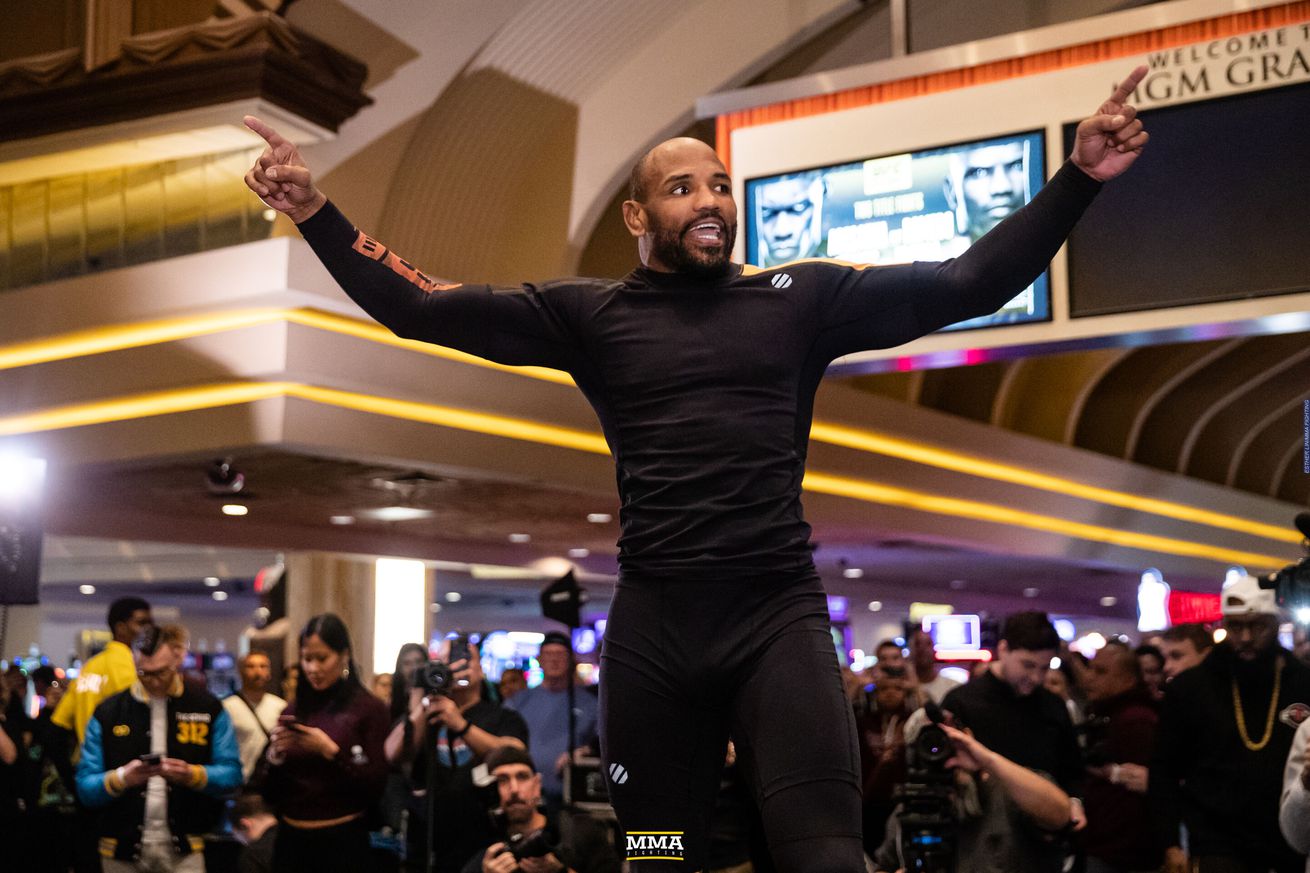 Bellator is holding a tournament for its light heavyweight division, and it is starting off with a bang.

The pair of former UFC stars make their Bellator debuts and face off at event scheduled for April 16, the third event of a quartet of shows announced on Tuesday as part of the promotion’s 2021 kickoff. Romero and Johnson were added to the roster in December.

Here are the opening round brackets.

The tournament begins on April 9 with Bader facing Machida, and Anderson facing Yagshimuradov. On the other side of the bracket, competing on April 16, Nemkov defends his title against Davis in a rematch from Bellator 209 that Nemkov won by split decision, and Johnson fights Romero.

This marks Nemkov’s first title defense after defeating Bader by second-round TKO at Bellator 244. Nemkov is 5-0 inside the Bellator cage. The title will be contested throughout the Grand Prix.

Romero was scheduled to compete for a UFC middleweight title on four separate occasions, most recently dropping a unanimous decision to Israel Adesanya this past March. During his octagon run, he earned finishes of Luke Rockhold, Chris Weidman, and Lyoto Machida, among others. He has not fought at light heavyweight since September 2011.

Johnson has not competed since announcing a retirement in April 2017. He twice challenged Daniel Cormier for the UFC light heavyweight title, losing both times. “Rumble” had recently said he was considering a return to the UFC as a heavyweight, but later signed with Bellator.

Anderson made a successful Bellator debut with a second-round TKO of veteran Melvin Manhoef in November. He parted ways with the UFC following a first-round knockout loss to Jan Blachowicz that snapped a four-fight win streak.

Machida once again competes at 205 pounds after bouncing between light heavyweight and middleweight over the past few years. He is coming off of back-to-back losses against Davis and Gegard Mousasi.

Yagshimuradov makes his Bellator debut on the strength of eight straight wins, with six of those coming by way of knockout or submission. He has not fought since December 2019, when he defeated Alexey Butorin by unanimous decision.

Watch video of the Grand Prix announcement below:

The #BellatorLHWGP is a GO!

Mauro Ranallo introduces all 8️⃣ participants in the $1,000,000 Bellator Light-Heavyweight World Grand Prix, which will be shown LIVE on @SHOsports #BellatorOnShowtime pic.twitter.com/8xIRVh0DXX