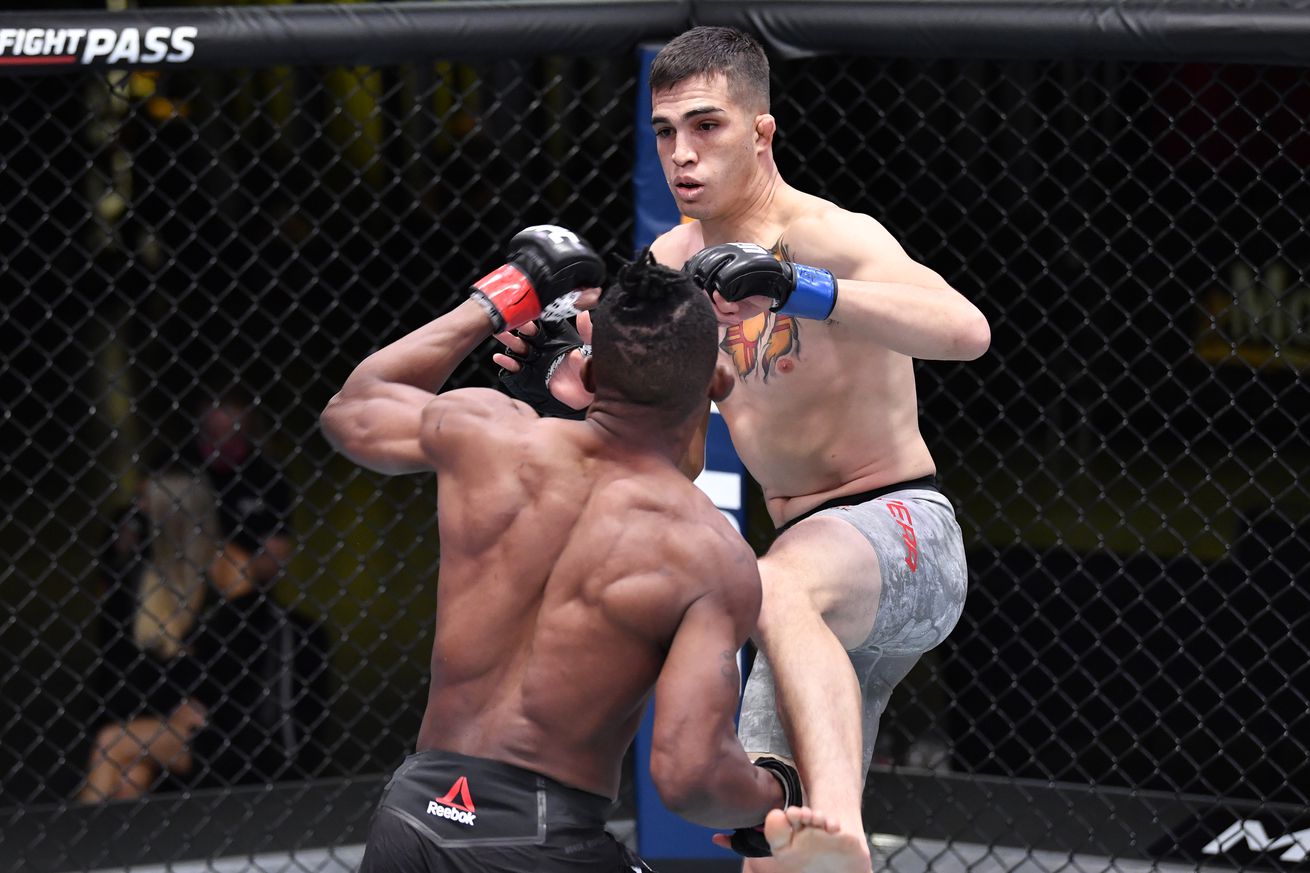 When Rivera tried to sneak in an early head kick, Osbourne blocked it with his shoulder and returned fire with a left straight that send Rivera to the canvas. Follow-up punches brought referee intervention for a 26-second knockout.

Check out the finish, which opened the preliminary card of Saturday’s event at UFC APEX in Las Vegas.

Welcome to the Octagon, @OdeOsbourne

The matchup was a rescheduled pairing from UFC Fight Island 8; Osbourne was not able to fight at the event and was replaced by Francisco Figueiredo, the brother of flyweight champ Deiveson Figueiredo. Rivera lost the bout via unanimous decision.

When Osbourne’s original opponent Denys Bondar withdrew for undisclosed reasons, Rivera stepped in to take his place. Taking his third UFC fight on short notice, Rivera suffered his third straight octagon setback in falling to Osbourne. The losses came in three different weight classes, with a debut loss at bantamweight before a flyweight setback to Figueiredo and then against Osbourne at featherweight. All of Rivera’s losses came within a five-month span.

For Osbourne, he said afterward the fight was his third scheduled opponent. But it was his first UFC win after a quick submission loss to Brian Kelleher in his octagon debut at UFC 246.