Diego Ferreira ‘more focused’ after long layoff ahead of UFC Vegas 18 rematch with Beneil Dariush
This topic has been deleted. Only users with topic management privileges can see it.
F
F
fightgal Reply Quote 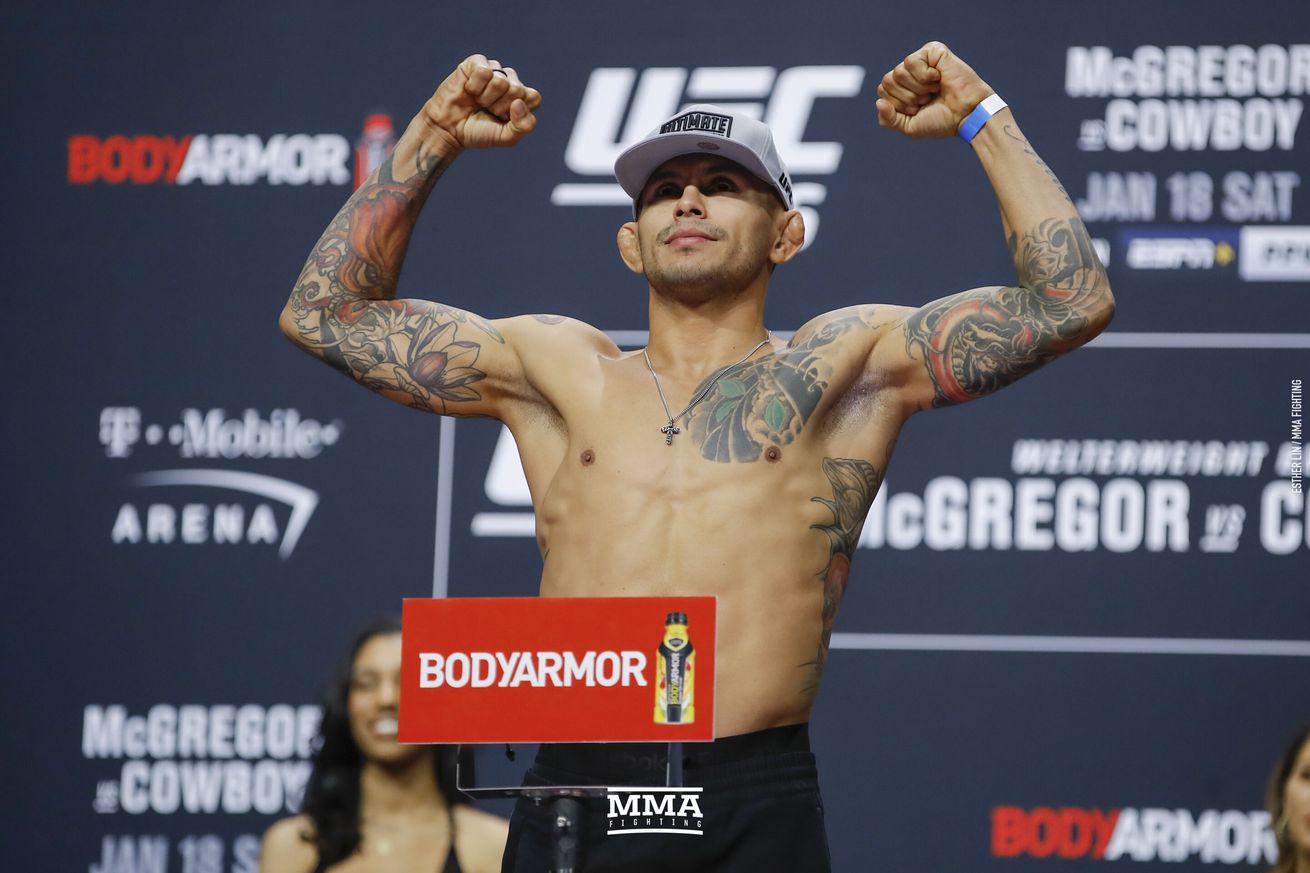 While 2020 began as well as it could for Diego Ferreira, the rest of the year was filled with inactivity and chaos.

Ferreira returns to action for the first time in over a year this Saturday when he faces fellow top-15 contender Beneil Dariush at UFC Vegas 18. The lightweight showdown serves as a rematch from UFC 179 in October 2014 where Dariush earned a unanimous decision against Ferreira, who had stepped in on short notice.

The Fortis MMA standout made his first and only appearance in 2020 at UFC 246 and become the first fighter ever to submit Anthony Pettis, doing so in the second round via rear-naked choke. Between the pandemic cancelling events, postponed wedding celebrations, personal family issues, even recovering from a bout of COVID-19 himself, Ferreira couldn’t wait to take the 2020 calendar off the wall and throw it in the garbage can.

“For me, it was great [turning the page to 2021],” Ferreira told MMA Fighting while appearing on What the Heck. “It’s a great feeling just to be training the way I wanted to for this fight, prepare myself as much as I can with my team. I’m just waiting to step in that cage and do everything I want to do to win the fight.”

The loss to Dariush was the first of Ferreira’s career, and it was followed up by the only time he was ever finished in a fight by Dustin Poirier in April 2015. Since then, Ferreira has scored six straight wins, including stoppages of Jared Gordon and Kyle Nelson.

Despite being in the top-10, Ferreira has no issue with fighting a guy ranked three spots behind him—especially if it comes with the opportunity to negate his first loss.

“I’m happy with it,” Ferreira said. “It was my first loss but I have no [extra] weight on my shoulders that I have to go destroy this guy because the first time, he didn’t submit me. It was one fight in my career and now I have an opportunity to fight him again, but I take this as a chance to redeem myself by putting on a good show. This is everything I’ve been waiting for from [early] 2020 to 2021—put on a good show for my fans and my family to see how much I’ve gotten better from that day.”

Dariush also went through a short winless skid before bouncing back with a long winning streak. “Benny” has won five straight, including four consecutive finishes: submission wins over Drew Dober and Frank Camacho, along with highlight-reel knockouts of Drakkar Klose and Scott Holtzman.

Ferreira is well aware he is facing a much improved version of the fighter who defeated him several years ago. At the same time, Dariush is going to have to deal with that same obstacle.

“For me, it’s about going in there more focused,” Ferreira explained. “And I know he’s improved as a fighter, the same way for me. He’s proven that and now we get to face each other and it’s going to be a show. He throws down, he likes to be the brawler, I like to do things the same way and try to get the finish. I’m excited for this one.

“I’ve been impressed with his last two wins. Those last two finishes? Who is not gonna be impressed? In mixed martial arts, we’ve been impressed with each other. The way he’s finished all of those guys has been amazing and it keeps me more on my toes, more prepared than ever to fight somebody like that. Now, he’s not a grappler only. He’s a finisher. He’s going in there to try and knock you out and that’s what I’m looking for. I’m training to be faster, to be stronger, smarter, because that’s what I have to do to prepare myself for a fight.”

Aspirations are aplenty for Ferreira in 2021. But to get to where he wants to go, he needs to begin the year the same way he usually does: with a win.