Tracy Cortez vs. Justine Kish targeted for UFC event on April 17
This topic has been deleted. Only users with topic management privileges can see it.
F
F
fightgal Reply Quote 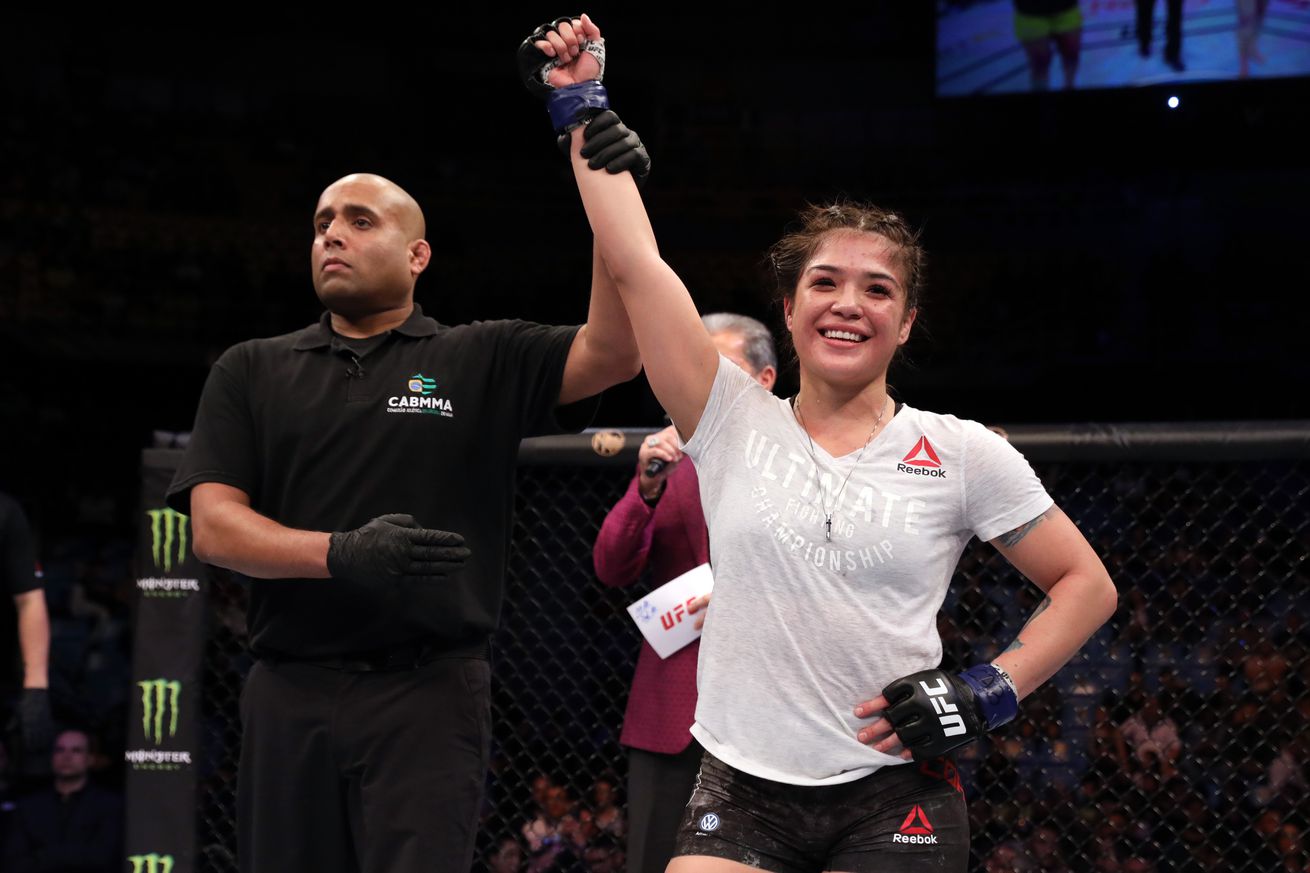 Tracy Cortez is heading back to the flyweight division for her next octagon appearance.

Multiple people with knowledge of the promotion’s plans confirmed to MMA Fighting that a 125-pound matchup between Cortez and Justine Kish is being targeted for the UFC’s event on April 17, which currently does not have an announced location or venue.

After earning a contract following her July 2019 win over Mariya Agapova on Dana White’s Contender Series, Cortez went on to win both of her UFC fights at 135 pounds. The 27-year-old earned unanimous decision wins over Vanessa Melo and, most recently, Stephanie Egger in October. Following the win, Cortez told MMA Fighting that while she was finding success in the bantamweight division, she believed—along with her coaches—that a move back down to flyweight was in the cards.

Kish will make her seventh promotional appearance and looks to get back the momentum she garnered in the beginning of her UFC run. After winning her first two fights, Kish has dropped three of her last four, including a third-round submission loss to Sabina Mazo in her most recent bout at UFC Vegas 10 in September.

The UFC’s April 17 event will be headlined by a middleweight bout between Robert Whittaker and Paulo Costa.