Nate Diaz declares he’s a welterweight in a potential comeback
This topic has been deleted. Only users with topic management privileges can see it.
F
F
fightgal Reply Quote 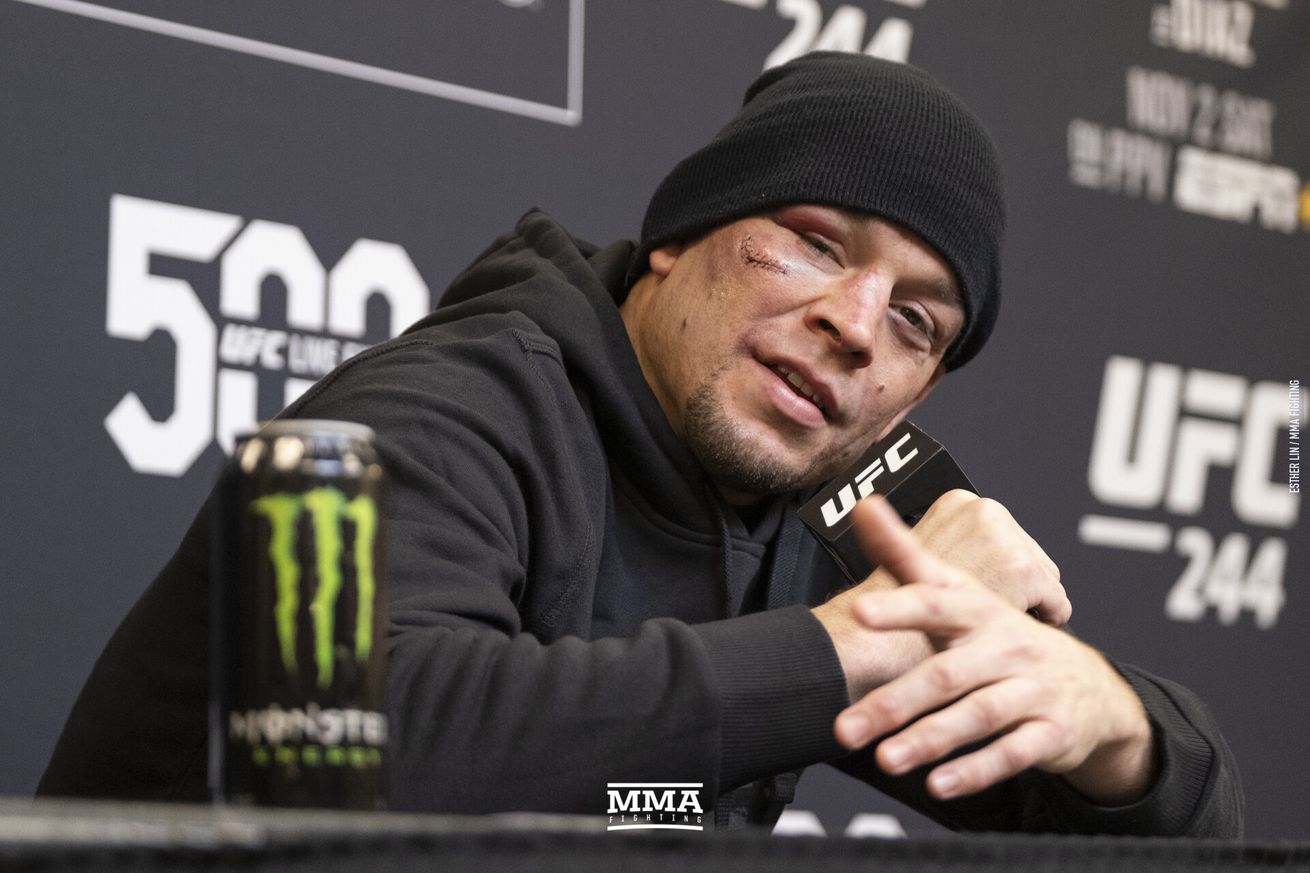 Nate Diaz appears to be uninterested in a comeback at 155 pounds.

Diaz, who’s been on the shelf since a “BMF” title loss to Jorge Masvidal at UFC 244, on Tuesday tweeted he’s available for fights in the welterweight division – not lightweight.

NDA soldier 170 lbs
Come get you some of the real pic.twitter.com/d97Qqunr0I

Diaz has emerged as a frontrunner opponent in the futures of several surging lightweights, among them Dustin Poirier, who knocked out Conor McGregor this past month at UFC 257. In a recent interview with ESPN, Poirier appeared open to rescheduling a bout against Diaz at welterweight after their first contest – booked at lightweight at UFC 230 – was cancelled when injuries intervened.

Diaz has also been touted as a logical follow-up for McGregor following the former two-division champ’s devastating loss at UFC 257. The two have fought twice at 170 pounds, splitting a pair of bouts in two of the biggest blockbusters in the promotion’s history. McGregor expressed equal interest in a trilogy with Diaz or Poirier.

“I think they’re both pretty big,” McGregor said. “Two southpaws as well, which is interesting. They’re both there, so we’ll see what happens.”

The marquee opponents don’t take into account countless others who’ve tried to lure the Stockton, Calif., native out of semi-retirement. From Warlley Alves to Khamzat Chimaev, Diaz’s popularity in name-dropping has only bolstered his reputation as a perpetual needle-mover in the business.

For opponents who hope to cash in, however, Diaz has one number in mind on the scale. As far back as 2010, the UFC vet expressed a desire to fight at 170 pounds after serving the bulk of his career in the lightweight division, where he was frequently met by wrestlers who had little desire other than to take him to the canvas.

After a disastrous stint as a UFC welterweight, Diaz returned to the lightweight division in 2011 and fought unsuccessfully for the title against then-champ Benson Henderson. In 2016, he seized on the moment when lightweight Rafael dos Anjos was forced to withdraw from a lightweight title shot against McGregor at UFC 196. On short notice, Diaz agreed to the fight at 170 pounds and shocked the world by handing McGregor his first octagon loss.

Since then, the only appearances Diaz has made in the octagon have been at welterweight. At UFC 244, he was ruled out of a “BMF” headliner with Jorge Masvidal due to doctor’s stoppage from cuts. He campaigned for a rematch and withdrew when one didn’t materialize.