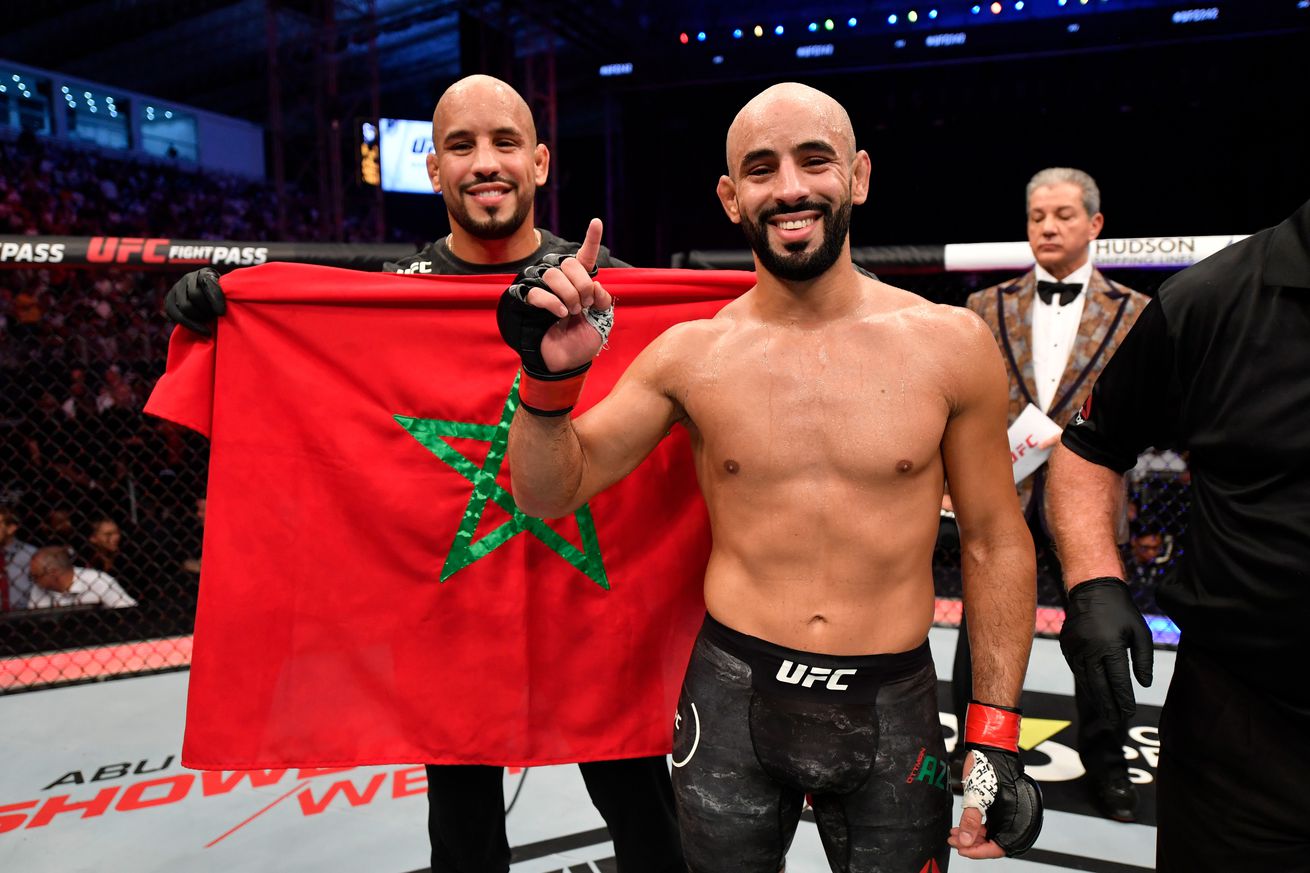 Abu Azaitar, brother of recently expelled UFC fighter Ottoman Azaitar, has accepted a seven-month USADA suspension when four tests revealed the banned substance tamoxifen (and its metabolites) in his system.

The tamoxifen was found “as the result of urine samples collected” in four separate tests on Abu Azaitar between Aug. 25 and Sept. 17 of this past year, USADA announced on Monday in a press release. Azaitar presented evidence of a doctor’s prescription for the drug, which has been linked to post-cycle steroid use and is banned at all times. He applied retroactively for a therapeutic-use exemption, which would have cleared him of wrongdoing.

USADA denied Azaitar’s application for a TUE “due to lack of sufficient medical justification.” But because the anti-doping agency determined that he had cooperated fully with the post-failure investigation, he was eligible for a reduction in his suspension. A one-year suspension for first-time offenders who test positive for a “specified substance” was cut to seven months.

Azaitar’s suspension is retroactive to the date of his first positive test, meaning he’ll be eligible to compete in March 2021.

It’s unclear why USADA cited four separate samples in the resolution of Azaitar’s case; a single tamoxifen positive should, in theory, result in an anti-doping violation. A request for comment to the agency wasn’t immediately returned. USADA does have the ability to retest previous samples from fighters if they are under suspicion for an anti-doping violation.

The news comes less than two weeks after Azaitar’s brother, Ottoman, was released from his UFC contract for violating the promotion’s COVID-19 protocols on Fight Island. Ottoman Azaitar was scheduled to face Matt Frevola at UFC 257 on Jan. 23, but he was removed from the card before the event’s official weigh-ins.

UFC President Dana White later told reporters that Ottoman Azaitar had broken the “bubble” in which the fighters were required to stay as part of the promotion’s safety protocol to prevent the spread of the virus. White said an unknown person delivered a bad with unknown contents to the fighter’s hotel room and then tried to evade security when later confronted.

“He and his team cut off their wrist bands, gave them to somebody outside the bubble, I don’t know how they even did it,” White said. “That guy taped them, showed up here with a bag, went into a room, shimmied across four balconies, went in his room dropped the bag off, changed his clothes, and then left.

“Now when security tried to stop him, he wouldn’t stop, either way, and yeah, it’s just... [Ottoman Azaitar is] gone. He’s no longer a UFC fighter and he’s not fighting tonight.”

USADA’s announcement states Abu Azaitar was prescribed tamoxifen by a physician to treat symptoms of an undisclosed ailment. In addition to being linked to steroid use, tamoxifen is a selective estrogen receptor modulator that is used prescribed off-label for males to treat breast cancer, infertility, and idiopathic gynecomastia, a benign breast disorder characterized by overdevelopment of male breast tissue.

As detailed in a 2018 article from Bloody Elbow, Abu Azaitar has maintained ties with individuals alleged to have ties with organized crime groups in Germany. While he has not been charged with any crimes since starting his MMA career, he received a three-year prison sentence for a brutal assault on a businessman. Since signing with the UFC, he has fought once in the octagon, outpointing Victor Miranda at UFC Hamburg in July 2018. His record stands at 13-2-1.