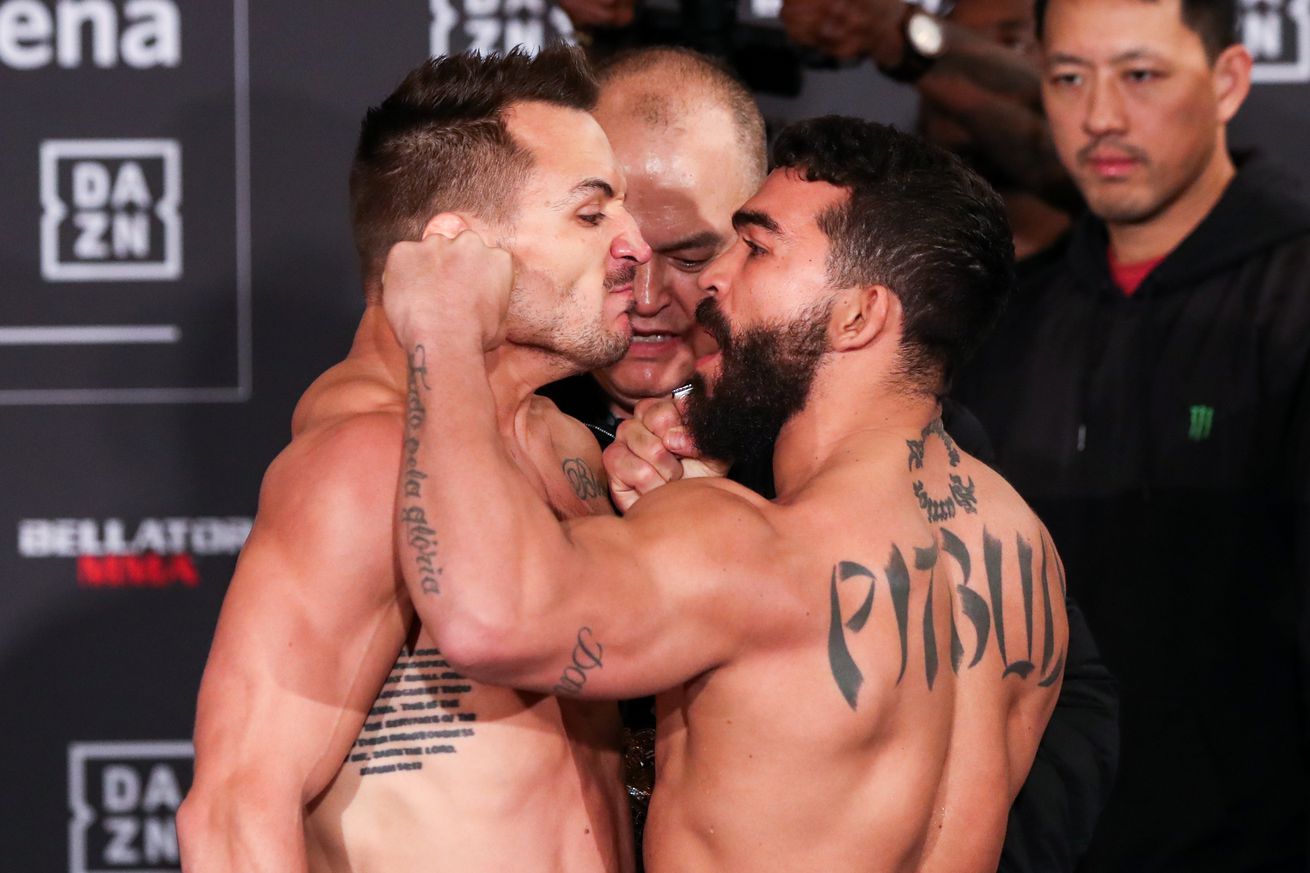 Every time Michael Chandler enters a cage to compete, expect a tweet from Patricio Freire.

Chandler, a former Bellator lightweight champion, beat Freire’s brother Patricky Freire twice in 2011 and 2016. But “Pitbull” got the last laugh for the family, knocking him out in May 2019 to become a two-division Bellator king. Chandler isn’t on the Bellator roster anymore, but when he knocked out Dan Hooker at UFC 257, Freire was quick to compliment him — with a quick jab, of course.

Good work, my son! Daddy is proud of you @MikeChandlerMMA! #UFC257

My son @MikeChandlerMMA is gonna be the UFC champion next, easily. #UFC257

“Michael Chandler’s performance in his UFC debut was great,” Freire said in an interview with MMA Fighting. “His opponent was great, but it felt like he was mentally unprepared to face Michael Chandler. He crumbled to his pressure and movement early. Many people thought [Chandler] wouldn’t stand with him, and he ended up knocking him out.”

Freire wasn’t surprised by the result and made a bold prediction for his rival’s next step.

“If Dustin Poirier is his next opponent, I think he wins just as easily and the exact same way,” he said. “It will be as vicious as his debut.”

For now, “Pitbull” holds the distinction as the last man to beat Chandler. As long as Chandler continues to win in the UFC, that fact will serve as a counterpoint to fans who insist on treating Bellator fighters as “B league” athletes.

“I won’t root for him, but I’m realistic and I know the damage he can do in this weight class,” Freire said. “He has powerful hands and great wrestling. He’s very aggressive. It’s hard to take him down, and he has good takedowns. He can fight anyone on the feet and has knocked out great strikers already. It will be hard to stop him.

“If he can do all that and I stopped him, how good am I? Let’s put that to test. After he becomes UFC champion, let’s put promotion against promotion to see who’s the best in the world. He was kicked out of Bellator by me. He didn’t stay there because I kicked him out.”

Chandler was asked about Pitbull’s tweets during the post-fight press conference on Fight Island, but he ignored the “son” comments to focus on his rival’s prediction that he will indeed become UFC champion.

“I will,” Chandler responded.

“I think I bother him, and that’s on purpose,” Freire laughed. “Those tweets aren’t my thing, I don’t like to talk that trash, but Michael Chandler takes it too personal, and that will never end. He deserves it. He spent three years talking after he beat my brother, and now he’ll listen. After all, his belt is here at home.”

Freire is focused on winning the Bellator featherweight grand prix in 2021, as he rematches Emmanuel Sanchez in the semifinal for a chance to face A.J. McKee for a million dollars in the final.

The Brazilian is offering a bet to UFC President Dana White: $1,000,000 on the line against the UFC champion.

“If [White] doesn’t do it, his champion is inferior to the Bellator champion, and that’s on him and his promotion,” he said. “I’ll forever bother them. I’ll give them a chance to prove otherwise. He can make this cross promotion and be able to say my guy is the best in the world, otherwise, if he refuses to do it and stays quiet, he’ll know I have this merit forever.”