Jimmy Flick overcame thoughts of retirement during 10-year journey to UFC
This topic has been deleted. Only users with topic management privileges can see it.
F
F
fightgal Reply Quote 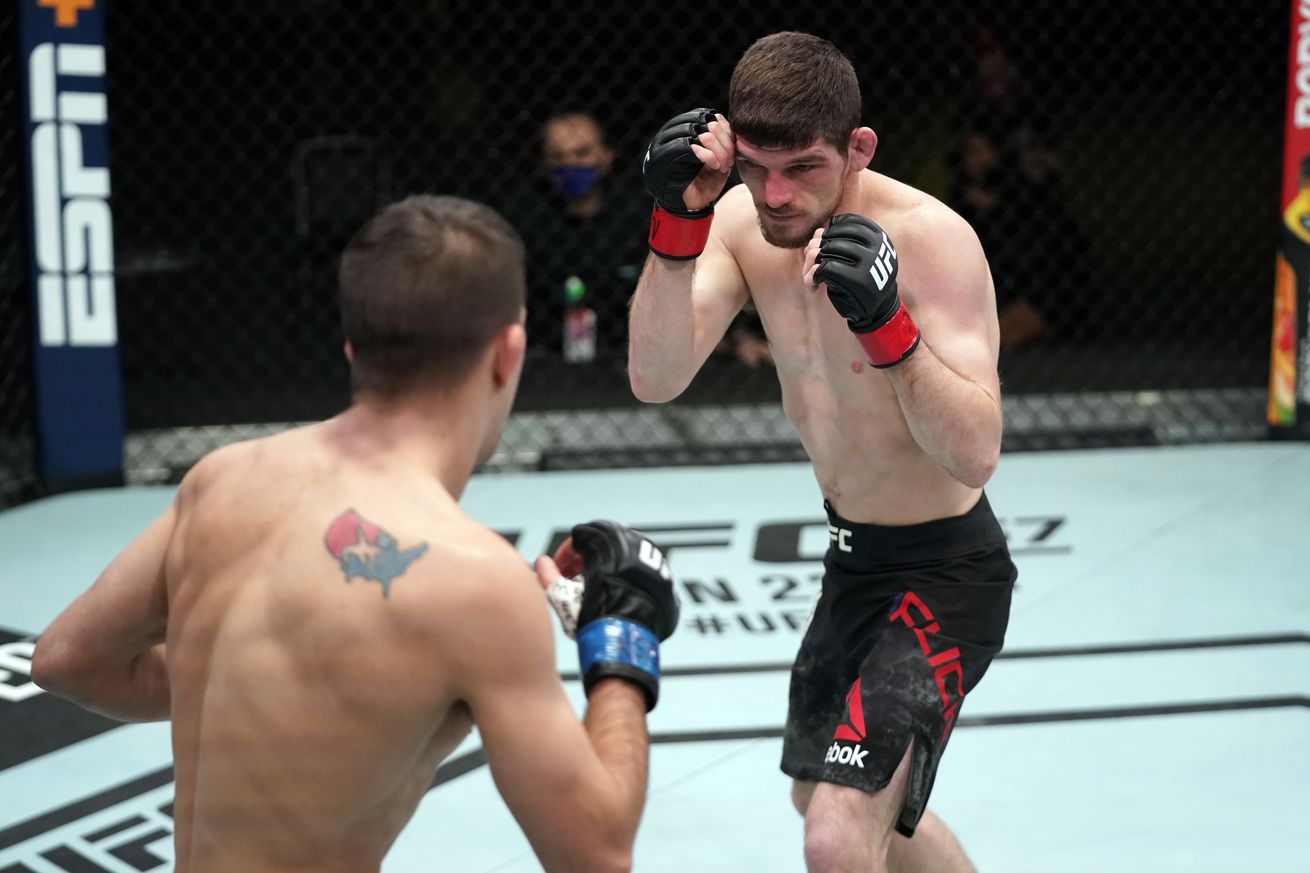 Just looking at the past 12 months of Jimmy Flick’s career, it’s hard to imagine that he was headed anywhere else than the UFC.

The 30-year-old submission specialist went 4-0 in 2020, winning everywhere he went. He began the year winning the Freestyle Cage Fighting flyweight title in February, then scored a 38-second submission win over Greg Fischer at LFA 86. He followed that up with a dazzling third-round submission win over the previously unbeaten Nate Smith on the Contender Series in September to earn a UFC contract.

When Flick stepped into the cage against Cody Durden at UFC Vegas 17 (their bout was actually pushed back two weeks due to Durden withdrawing from UFC Vegas 16 with a case of pink eye), he didn’t disappoint, overcoming a slow start and winning via flying triangle choke, just the third time that submission had been successfully executed in UFC history.

Flick enters 2021 as one of the flyweight division’s most talked-about fighters, a stunning reversal of fortunes considering how close he’s come to walking away from MMA in the past. Following losses to Ray Rodriguez and Chris Gutierrez, Flick had thoughts of retirement, but he credits his wife and his coaches with keeping him in the game.

“Honestly, I thought maybe after the Chris Gutierrez fight and then the Ray Rodriguez fight, I’ve thought about hanging it up,” Flick said on a recent episode of What the Heck. “I have a really good job with a 401(k), benefits, I own two and a half acres. Me and my wife are very smart people and we’re doing really great for ourselves especially at a young age. I could have hung it up anytime, but my wife was motivating, my training partners, my coaches, especially when I brought Leo Perrucci in, it was really a game changer.

“I knew I had one more run coming up on 30 years old and my wife really motivated me. She’s been with me for 10 years. She’s been with the ups, she’s been with the downs, she’s seen the small paychecks and all the hard work, all the money I’m spending and time I’m spending, and not bringing much home and still working a full-time job. Now, everything’s changing and it’s changing for the right reasons and I understand it now and now I just want bigger and better things at the last little run I got here in the UFC.”

Had Flick made it to the UFC earlier in his career, he wonders if he would have been ready, if he might have flamed out fast and never been able to make it back. The path became more winding for Flick, a natural flyweight, during that stretch in 2018 when it appeared that the UFC was no longer invested in the 125-pound division.

Completely focused on his UFC goal, Flick decided to move up to bantamweight, but the results were mixed in the heavier division. Since 2017, Flick is 8-3 with all of his losses coming at 135 pounds.

“It was a big decision fighting someone like Ray and moving back up to 135 because in 2018, after I lost to Chris Gutierrez, I went back to 125 and I was on a two-fight winning streak with two finishes again,” Flick said. “One being over Cee Jay Hamilton on short-notice for LFA. So I had my momentum going, but that’s when the UFC started talking about cutting the flyweight division.

“We knew that if we could get past Ray Rodriguez at 135 and keep that momentum going, that was the next fight. After getting knocked out by Ray Rodriguez, that’s when I realized I really needed to start working more on my striking and I brought in Leo Perrucci from Forza Combat Sports and we’ve been taking off ever since.”

Flick’s emphasis on improving his striking has paid off and he even won a kickboxing bout after teaming up with Perucci. He’s still yet to earn his first knockout in MMA, but his more rounded game helped him to survive against the tough Durden before the time came for him to land his highlight-reel submission.

For Flick and his team, much of the work for his successful debut came long before he made it to the UFC APEX, as they had to figure things out on the fly when the initial Dec. 5 booking was canceled on fight day as Flick was moments away from traveling to the venue.

“That night, I told my coach, let’s wrap up my hands and let’s go next door and train because we were in the hotel, I didn’t get to go to the fight,” Flick said. “We have a training room, we locked up and started hitting mitts that night. I woke up the next morning at 3:30 in the morning and ran three miles before heading on the plane and heading back home. Then that Monday we were back in the gym putting in work. I just went to go show how mentally tough I am.

“They said we did that in two weeks, that was tough, but now I know I’m mentally tough—I already knew I was mentally tough but I’m a lot tougher than I thought I was and I think the UFC’s just gonna keep bringing great things out to me.”