Ike Villanueva: ‘Whatever steroids you take, it doesn’t make your jaw stronger’
This topic has been deleted. Only users with topic management privileges can see it.
F
F
fightgal Reply Quote 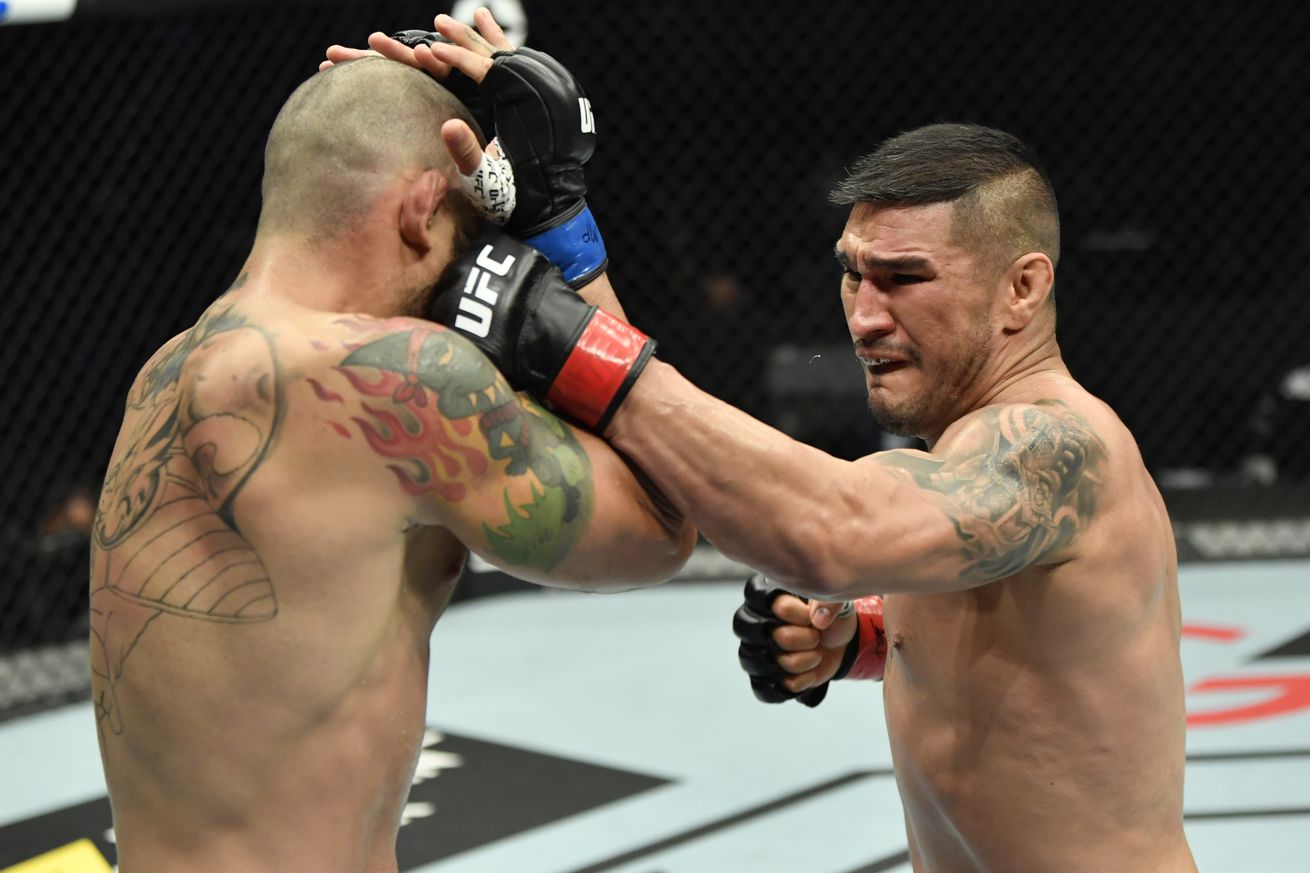 The ESPN broadcast team got more than they bargained for in a pre-fight interview with Ike Villanueva.

Villanueva was asked about X’s and O’s for his upcoming fight with Vinicius Moreira at UFC Fight Island 8. But he had another topic on his mind.

“They’re like, ‘Tell me about your opponent, what you think about him,’” Villanueva told What the Heck. “I said, ‘F, bleep bleep bleep,’ then my [opponent’s name].”

News of Moreira’s verbal warning from the U.S. Anti-Doping Agency had just broken, and Villanueva couldn’t help himself. That was three opponents – Chase Sherman, Jorge Gonzalez and now Moreira – who had run afoul of anti-doping rules since he joined the UFC.

Moreira had not received a sanction because the substance for which he tested positive – the estrogen blocker anastrozole, which is linked to steroid use – was not on the label of a supplement the Brazilian provided to USADA after an out-of-competition drug test came back positive. Under the agency’s rules, the fraudulent labeling at issue did not warrant a suspension.

Villanueva wasn’t hearing that. Moreira was a cheater, just like his other opponents, and needed to pay. Steroids ran contrary to everything he believed in. He’d kept his machinist job while vying for a UFC contract to honor his father’s memory. Blue-collar wasn’t just a circumstance, but a way of life.

Considering the inconvenience USADA caused him, showing up on Sunday nights during family time, Villanueva also felt his opponent had gotten off easy. And so, the expletives flowed.

“Can we have a fair playing field?” he asked. “To see guys like that tested and then be positive, and all he gets is a pat on the hand, I’m not going to punished...that was total BS, man.

“I’m still upset about it. But I’m glad, because whatever steroids you take, it doesn’t make your jaw stronger. It showed.”

When he spoke to What the Heck, Villanueva had recently returned from Fight Island, where he had laid out out Moreira with a hellacious punch. After that, the ESPN broadcast team saw a much different side of him.

JUST. LIKE. THAT. @Hurricane_UFC with an insane right hook KO!

All that anger was quickly replaced by jubilance and the buzz of a job well done.

He called it the “Kiss of Death,” a nod to Mario Elie’s three-pointer that sent the Houston Rockets to the 1995 Western Conference Finals.

“I felt my fist go into the back of his head,” Villanueva said. “If you look at the pictures the UFC posted, his skull moved. You’ll see the ripple effects in the back. It was pretty gruesome. But years of hard work into that punch, 13 years I let into him. I showed the world I belong in the UFC.”

Since he’s gotten back, he’s fielded a lot of congratulatory calls. But he was nonetheless back at work on Monday, using a computer to cut, grind and grill as a CNC machinist. Donuts were waiting at his desk.

Villanueva said he’ll always work two jobs. But he plans to return to the octagon in May or June.

“They said I’d never make it,” he said. “Look at me now. I show up to work and work my shift. there’s no cheating in the game. I had no shortcuts to the UFC. That’s all I knew was hard work. All those doubters, tweet about me now.”