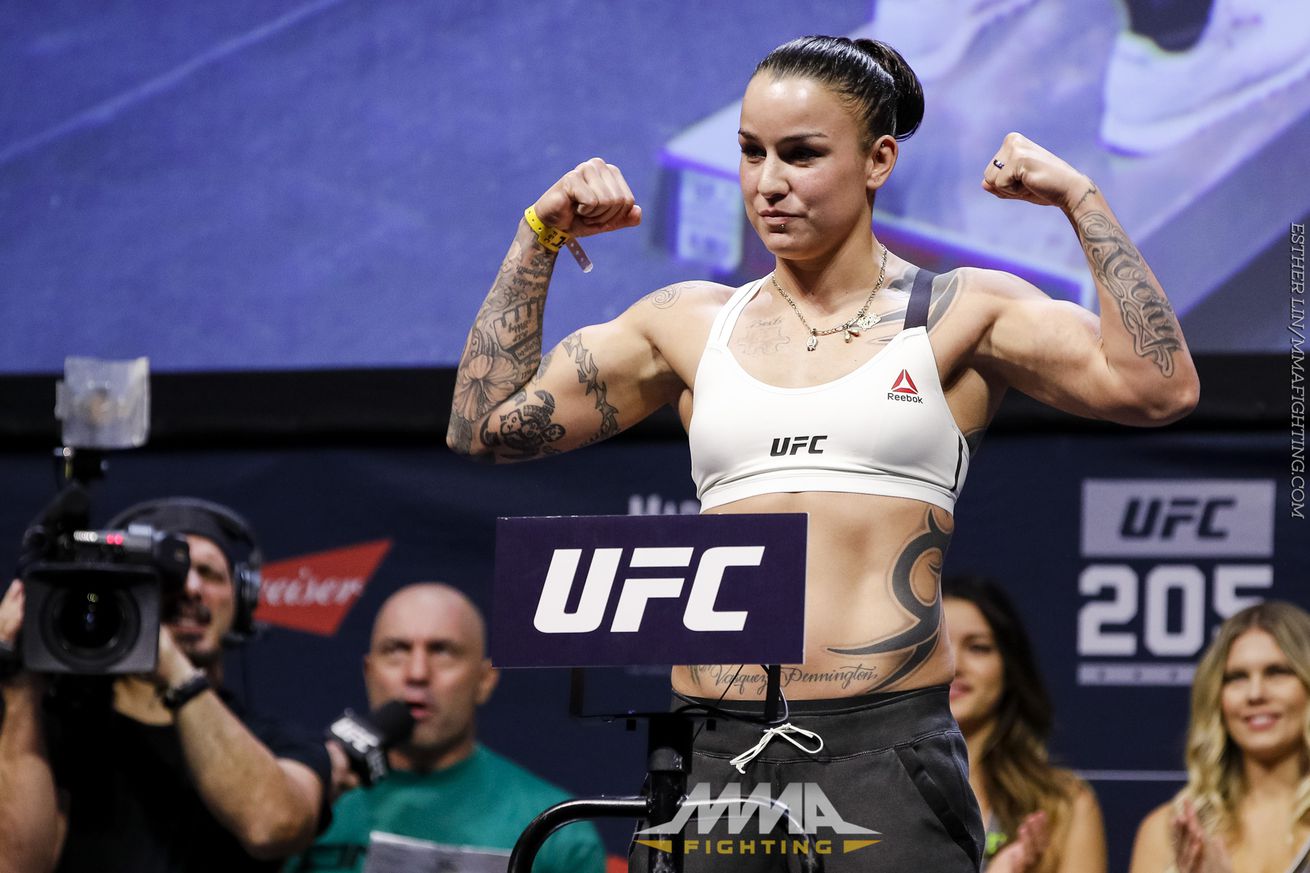 According to USADA officials, Pennington reported to the agency that she had ingested a pair of banned substances — 7-keto-DHEA and AOD-9064 — on Nov. 17, 2020. As a result, Pennington was tested by the USADA and the results came back positive for her use of 7-keto-DHEA.

Both substances reported are banned at all times by athletes under the UFC’s anti-doping program.

“During her self-report, Pennington provided information that she was prescribed and provided 7-keto-DHEA and AOD-9064 by a doctor to help treat a medical condition,” USADA officials wrote in a statement. “After using the substances for a short period of time, she conducted research and learned that they were prohibited substances and immediately came forward about her use to USADA. Pennington was eligible for a reduction to the period of ineligibility based on her forthright declaration prior to sample collection and for her full and complete cooperation.

“Pennington’s six-month period of ineligibility began on November 17, 2020, the date she declared the use of prohibited substances and her positive sample was collected.”

Prior to the USADA releasing a statement, Pennington took to social media to explain what happened as well as her decision to reveal to the doping agency that she had taken a banned substance despite not being tested yet.

“I went to my physician about a medical condition I was experiencing and was prescribed several medications to treat the condition,” Pennington wrote. “Unfortunately, I took the medications for a brief period of time before realizing I should have checked on their status under the program. I soon discovered that these medications may be prohibited, so I immediately stopped taking the medication and contacted the UFC to report this potential issues. I want to make it very clear that there was nothing that forced me to report this to UFC and ultimately USADA. No one knew about this except myself and my physician and USADA had not collected a sample from me since I started medications. This was simply me realizing a potential mistake and wanting to do the right thing.

“As USADA’s forthcoming statement will show, I fully cooperated with them and provided them with 100 percent honesty. I was not trying to cheat, skirt the rules or trying to gain a performance advantage. I was simply trying to treat a medical condition and made the mistake of not timely checking the status of these medications. I want to apologize to all of my fans and publicly make the commitment that I will be much more careful in the future and not let this happen again. I hope that I can serve as a role model in showing that we all make mistakes but it is what you do after realizing those mistakes that define your true character.”

Based on the date that Pennington self-reported to the USADA, she will be eligible to compete after May 17.

Pennington most recently competed this past June when she earned a unanimous decision over Marion Reneau, which put her at 2-1 in her past three fights including a victory over Irene Aldana and a loss to former UFC champion Holly Holm.