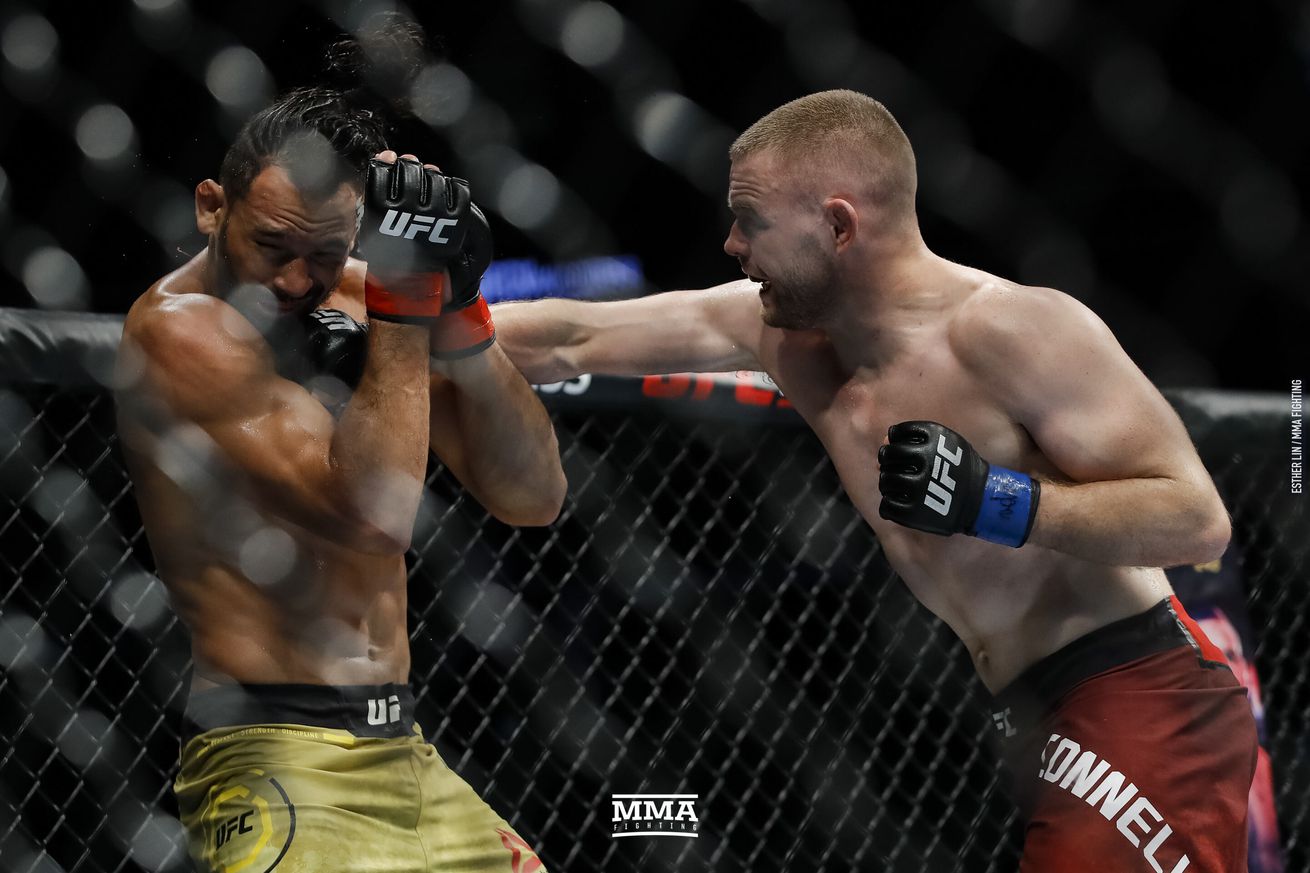 After earning a short-notice victory up a weight class against a massive favorite in Michel Pereira, Tristan Connelly hasn’t been able to provide an anticipated follow up performance.

Connelly defeated Pereira at UFC Vancouver in September 2019 in his octagon debut. The bout earned the event’s “Fight of the Night” bonus, which all went to “Boondock” after Pereira missed the welterweight limit by a pound.

The 35-year-old was scheduled to face Alex da Silva this past April before the event was cancelled due to COVID-19 concerns. While Connelly was figuring out what’s next, he started to feel incredible pain in his neck that stemmed from a car accident prior to getting signed to the UFC. The pain was so bad that it required surgery and rigorous rehabilitation.

In this exclusive interview from MMA Fighting’s What the Heck with Mike Heck, Connelly discusses the injury and the road to getting it taken care of, how a conversation with former UFC middleweight champion Chris Weidman helped ease his concerns, becoming a father for the first time, what he’s had to do to get ready for an octagon return, when he hopes that will be, wanting to fight at least three to four times in 2021, what happened when he saw Pereira again in Las Vegas, and much more.