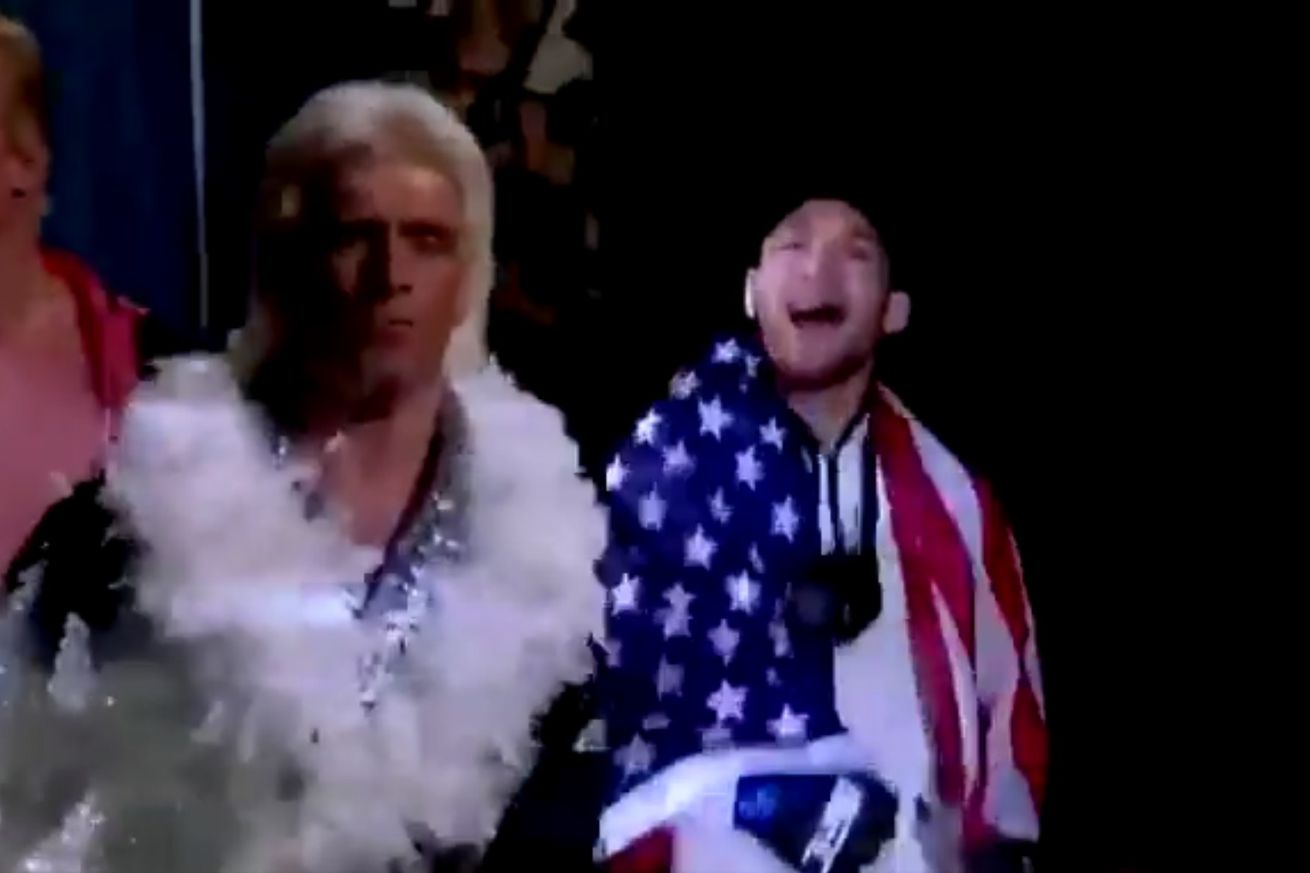 Michael Chandler might not be “The Man” yet, but he’s already getting props from someone who was at the top of their business for decades.

Following his first-round TKO win of Dan Hooker at UFC 257 this past Saturday, the former Bellator lightweight champion cut a promo that not only caught the attention of a whole new audience, but also that of professional wrestling legend Ric Flair.

“I tell you all this, this is the greatest moment in my professional life,” Chandler said in his post-fight interview. “Conor McGregor, surprise, surprise, there’s a new king of the lightweight division. Dustin Poirier, your time is coming. And Khabib [Nurmagomedov], if you do see fit to grace us with your presence back here in the UFC octagon in your quest for 30-0, you’ve got to beat somebody so beat me… if you can!”

Flair apparently saw similarities in Chandler’s brash callouts and the charismatic persona that he presented for years as a wrestling star, and he tweeted out a mashup of their promos on Thursday.

If that wasn’t enough of a connection, “The Nature Boy” actually reached out to Chandler personally to congratulate him on his impactful debut. Chandler shared a video call that Flair made to him on Instagram:

With the win over Hooker in the co-main event of a massive pay-per-view, Chandler (22-5) immediately vaulted himself into the top-10 of the UFC’s loaded lightweight division. He held Bellator’s 155-pound belt on three separate occasions and now looks to be no more than one fight away from challenging for UFC gold.