Amanda Ribas releases statement after UFC 257 loss to Marina Rodriguez
This topic has been deleted. Only users with topic management privileges can see it.
F
F
fightgal Reply Quote 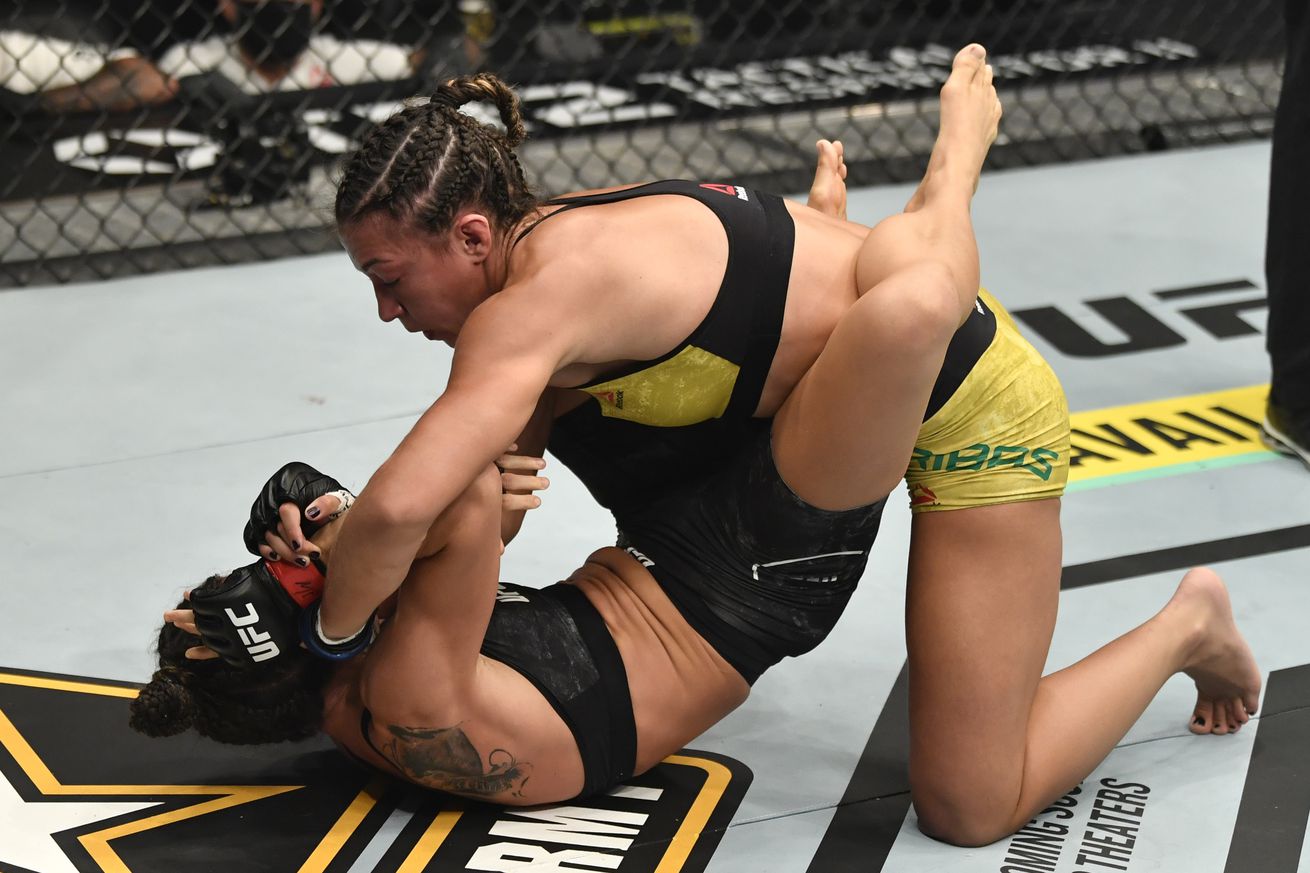 In a prepared video statement sent to MMA Fighting on Sunday morning, Ribas reacted to the upset and promised to work to evolve as a MMA fighter.

“It happened,” Ribas said with a smile on her face. “I thought I fought well in the first round and took it in the second, but it’s a fight. I think she found the right timing, and she deserved it. I’ll be back (to the gym) on Monday and get better on what I have to get better at. Let’s go.

“I can stay in the room and cry, or go out and enjoy the sun in Abu Dhabi. What do you think I’m going to do? [laughs] Let’s go.”

The Brazilian strawweight also posted a quick video on her social media after the defeat, saying “victory didn’t come this time, but I had the victory in my camp.”

“God is in charge,” she added. “Marina was better, I have to admit that, and I have to evolve.”

“[We have] no excuses, and congratulate our opponent that landed a very efficient strike that left Amanda knocked out on her feet and won the fight,” he wrote. “We prepared for Carla Esparza for months, and then Michelle [Waterson] and then Marina. We did everything right and professional, and the strategy worked well in the first round, which we won, and we were going to follow the same strategy in the other rounds. However, unfortunately, she landed a strike early in round two that nullified Amanda. That’s the sport.”

According to Marcelo, the UFC fighter is targeting a return to the octagon in the second quarter of 2021.

“Amanda has no scratch and is ready for the next one already,” he wrote. “We’ll go back to our hometown now and train hard because we’ll ask for a fight in April in Las Vegas or May in Abu Dhabi.”