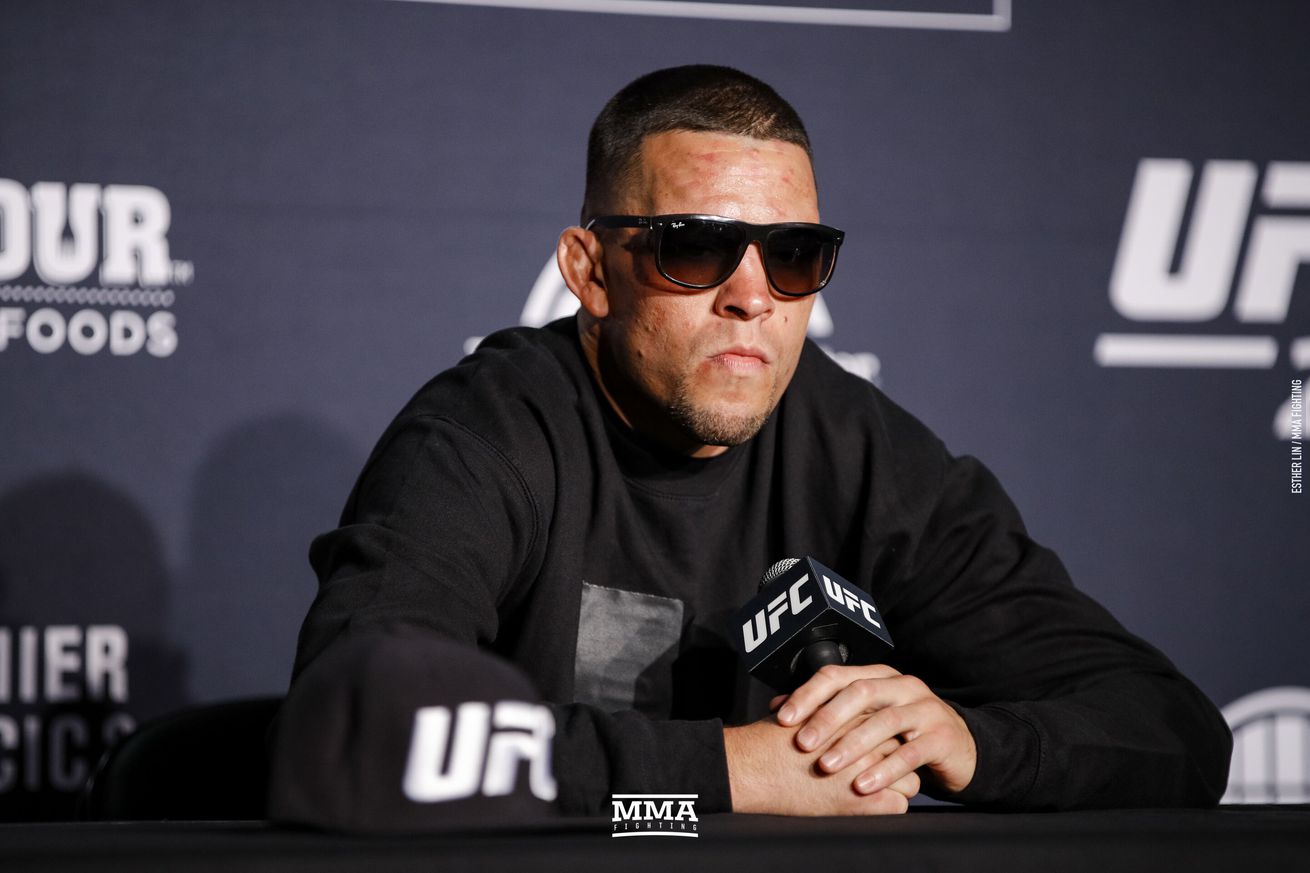 Nate Diaz is definitely not impressed by the top fighters in the UFC lightweight division.

At UFC 257, Dustin Poirier knocked out Conor McGregor in the main event to solidify his status as one of the best fighters in the world at 155 pounds. Poirier, though, didn’t get to leave Abu Dhabi with a championship title because lightweight king Khabib Nurmagomedov still holds the belt despite announcing his retirement this past October.

Following the close of the event, Poirier seemed slightly upset that he hadn’t been crowned champion, especially considering Nurmagomedov has made it clear he doesn’t intend to fight again. McGregor, meanwhile, accepted his loss, but then suggested a third fight against Poirier that could potentially crown a new champion in Nurmagomedov’s absence.

Well, Diaz took to Twitter on Monday to fire shots at all three lightweights as he continues to tease a possible comeback at some point in 2021.

“[Conor McGregor] and [Dustin Poirier] got choked on your face the other day by a guy (Khabib Nurmagomedov) that ran off and didn’t want none, especially with me,” Diaz said.

“How you gonna fight for a title? I been here 14 years and no one can do me like that ever in life.”

U and Dp just got choked on ur face the other day by a guy that ran off and didn’t want none especially wit me , how u gonna fight for a title?
I been here 14 years and no one can do me like that ever in life ..

Diaz closed out his diatribe with an “LOL” at the lightweight division.

The post made reference to three fighters Diaz has history with including two fights with McGregor and a scheduled bout against Poirier in 2018 that fell apart in the weeks leading up to the event. As for Nurmagomedov, Diaz has often taken aim at the UFC lightweight champion, especially after the physical altercation that took place between them at a World Series of Fighting event in 2015.

Of course, it should be noted that Diaz hasn’t competed at 155 pounds since a win over Michael Johnson back in 2015. Since that time, he’s instead competed in the welterweight division, where he split a pair of bouts against McGregor. He subsequently returned to win a decision over Anthony Pettis and then lost to Jorge Masvidal in his most recent UFC appearance in 2019.

UFC President Dana White has teased a possible return for Diaz in 2021, but nothing has been settled in terms of opposition. Both Poirier and McGregor have mentioned Diaz as a fight each would be interested in taking. It remains to be seen if the UFC is willing to book either of those matchups right now.