Nik Lentz announces retirement after UFC 257 loss to Movsar Evloev
This topic has been deleted. Only users with topic management privileges can see it.
F
F
fightgal Reply Quote 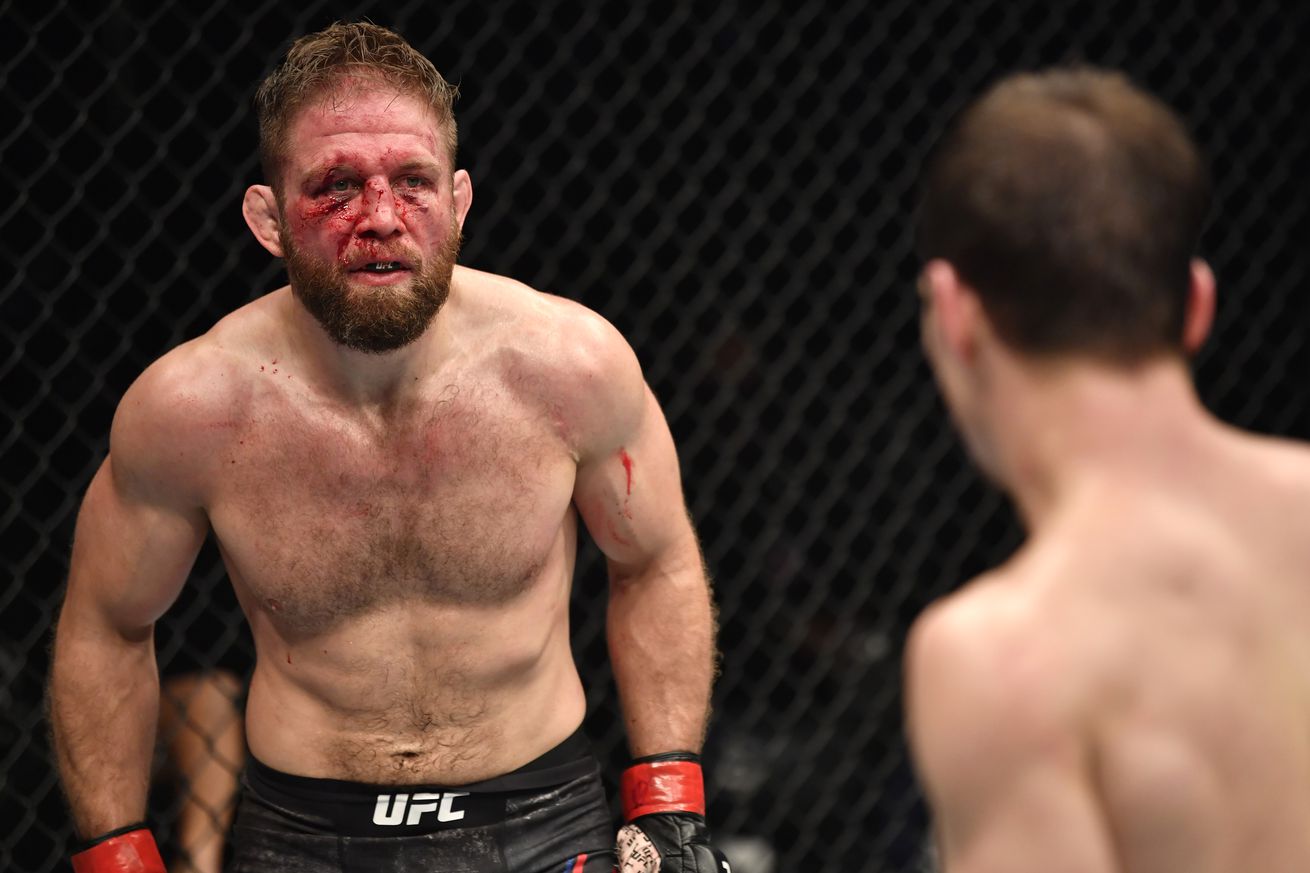 Veteran UFC lightweight and featherweight Nik Lentz on Sunday announced his retirement from MMA after a loss to Movsar Evloev on the preliminary card of UFC 257.

The fight on Saturday at Etihad Arena in Abu Dhabi served as Lentz’s 24th octagon appearance and his 45th as a professional MMA fighter. His UFC record stands at 14-9-1.

In a statement on his official Instagram account, Lentz indicated a severe eye injury he suffered this past year was the primary motivation for hanging up his gloves.

A post shared by Nik "The Carny" Lentz (@niklentz)

“They say don’t make rash decisions after a loss, but this one is not rash or even quick for that matter,” he wrote. “The injury I suffered to my eyes last year was a career ender. In total I lost about 40% of my vision, but I wanted to see what one more hard fought battle was like with the new eyes. It was clear to me last night that it’s impossible for me to compete at this level anymore. I just can’t lock on to a moving target like I should, and with 40% of my vision practically gone... it’s chaotic to the least

“My life as fighter in the best organization on the planet ends here. I am not sad or upset by it, the day comes for everyone. I stand with my head high, God as my redeemer and my children and wife as my treasure. Fighting gave those treasures and only ask for a little vision as payment. A trade I would make 100% of the time.

“Thank you to my fans, my coaches, my family and everyone who has been a part of this process. Who knows what comes next for The Carny.... but I can tell you what it’s not.”

Lentz suffered the eye injury in a fight against Arnold Allen one year ago at UFC Raleigh. In an interview with James Lynch of MMA News, he said that were it not for corrective surgery, he might have had serious medical complications.

“I got a pretty risky eye surgery, and they told me that there was a high chance — it was kind of a depressing time because I went to the doctor and I was excited. I finally got a doctor that knew what they were doing [and] I thought everything was well and he pretty much straight-up said, ‘Hey, I might be able to help you, but there’s a greater chance than half that we could do surgery and nothing is going to happen and your eye is just not going to work right’. So, I got the surgery and if it had not fixed and I had not seen double, I would’ve had to remove the eye.”

A standout lightweight in his early career, Lentz went 5-1 in the octagon before his first setback. He is one of only three fighters to compete in a non-title trilogy, facing current top contender Charles Oliveira in a series he went 0-2-1. Prior to the event, Lentz held one record in the UFC books for most guillotine choke attempts at 20. Against Evloev, he likely added some distance to his competitors with multiple attempts.