Michael Chandler: Beating Dan Hooker should lead to winner of Conor McGregor vs. Dustin Poirier or a title shot or both
This topic has been deleted. Only users with topic management privileges can see it.
F
F
fightgal Reply Quote 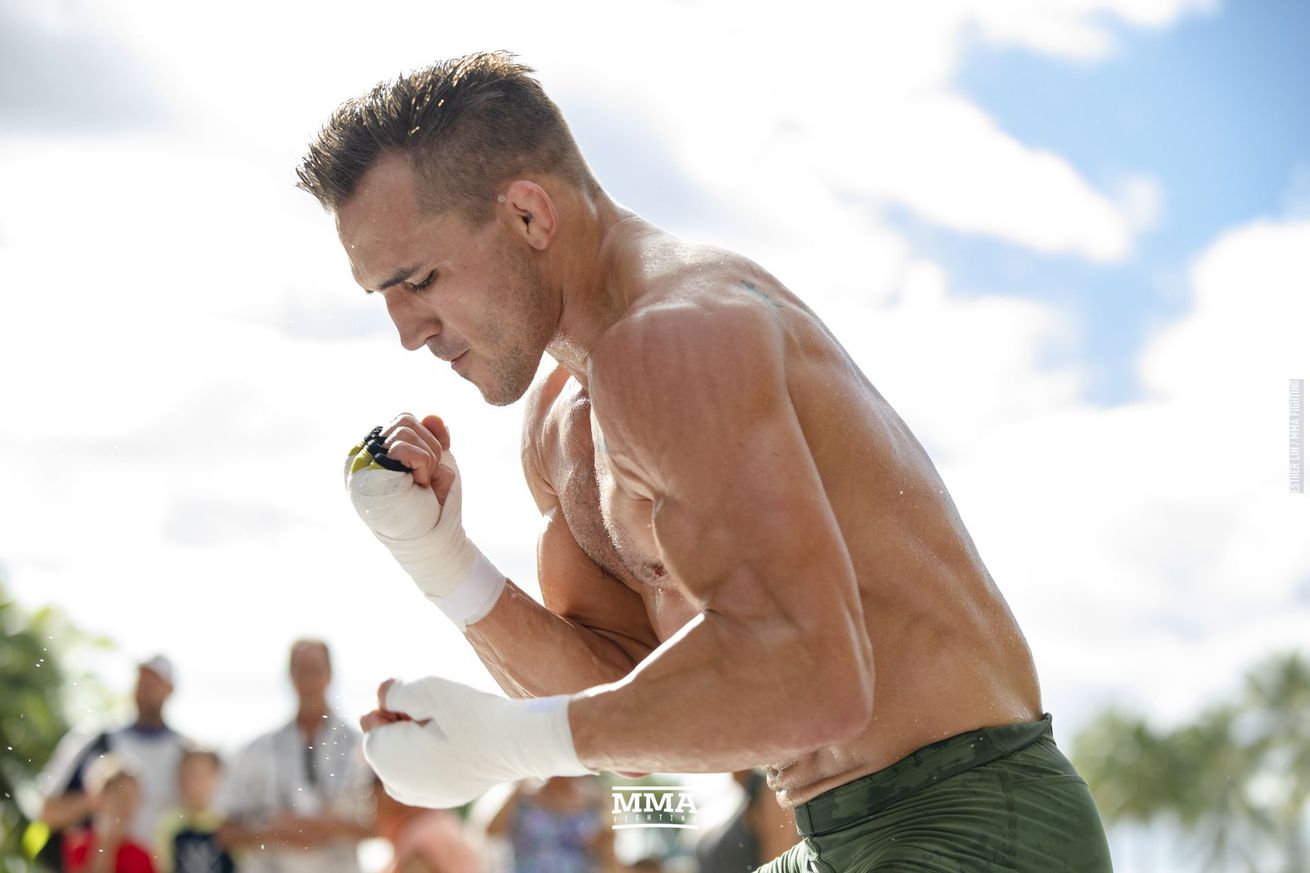 It’s not lost on Michael Chandler when it comes to the importance of his UFC debut.

As a multiple-time Bellator lightweight champion now joining a new promotion, Chandler already has high expectations weighing on him, but he knows the future is bright if he can dispatch Dan Hooker in impressive fashion at UFC 257.

Not only would the 34-year-old veteran prove a lot of naysayers wrong, those who have said Chandler isn’t an elite lightweight, but he could also forge an almost immediate path to title contention with a single victory.

“I think going out there and beating Dan Hooker puts me in the No. 5 or No. 4 spot,” Chandler explained when speaking to MMA Fighting. “I think Tony Ferguson’s sitting at No. 5 right now. He’s on a two-fight loss streak. You’ve got Justin Gaethje but he just lost and he’s kind of sitting and waiting for the division to kind of see what happens, to see what clarity coming from the Conor [McGregor] and [Dustin] Poirier fight.

“With Khabib [Nurmagomedov] talking retirement, that leaves a large lane for one of us guys to step out, get a big win and get an interim title or the real title.”

On the night where Chandler debuts, he will compete in the co-main event just minutes before Conor McGregor returns to do battle with Dustin Poirier in the headlining fight at UFC 257.

Because McGregor is undoubtedly the biggest draw in the UFC, he’ll command a lot of eyeballs for the Jan. 23 and the winner of his fight against Poirier will likely secure a No. 1 contender’s spot in the lightweight division.

That’s why Chandler has added even higher expectations for himself in the fight against Hooker because he knows how a win could fit perfectly with the UFC’s plans for 2021.

“You’ve got Conor and Poirier, obviously guys who are competing for that No. 1 contender’s spot,” Chandler explained. “You’ve got Justin Gaethje, who’s sitting out right now letting it all play out, yet he knows he needs to get a win if he wants his name to get thrown into the hat for that title. He can’t come off of a title fight loss, getting finished by Khabib in the second round, getting choked out unconscious and then getting a next immediate title shot. It’s just not going to happen. You’ve got Oliveira sitting at No. 3, he just fought.

Ideally, Chandler would love to challenge Nurmagomedov for the lightweight title but he understands that’s a long-shot fantasy that may never come true.

The undefeated Russian actually retired after defeating Gaethje this past October, although UFC President Dana White seems confident he can convince Nurmagomedov to return for at least one more fight. While there’s always a chance that Chandler could become the opponent, he’s realistic enough to know Nurmagomedov may not opt for that choice for what might be the final appearance in his career.

That leaves the winner of McGregor and Poirier as the most likely candidate to eventually crown a new champion in Nurmagomedov’s absence, which is why Chandler sees the victor in the UFC 257 main event as his fastest route to the title after facing Hooker.

“If I go out there and dominate Dan Hooker like I believe I’m going to, why shouldn’t it be me fighting Conor or Poirier for either the No. 1 contender’s spot, an interim title or the title?” Chandler said. “We’ll see what happens. I’m going to grab some popcorn and watch cage side and expect to fight the winner.

“All I know is I’m going to go out there and do my job on the biggest stage possible and it’s going to be a lot of fun. A lot of questions will be answered.”