UFC Fight Island 7 on ABC ends with lower ratings than final UFC show on FOX
This topic has been deleted. Only users with topic management privileges can see it.
F
F
fightgal Reply Quote 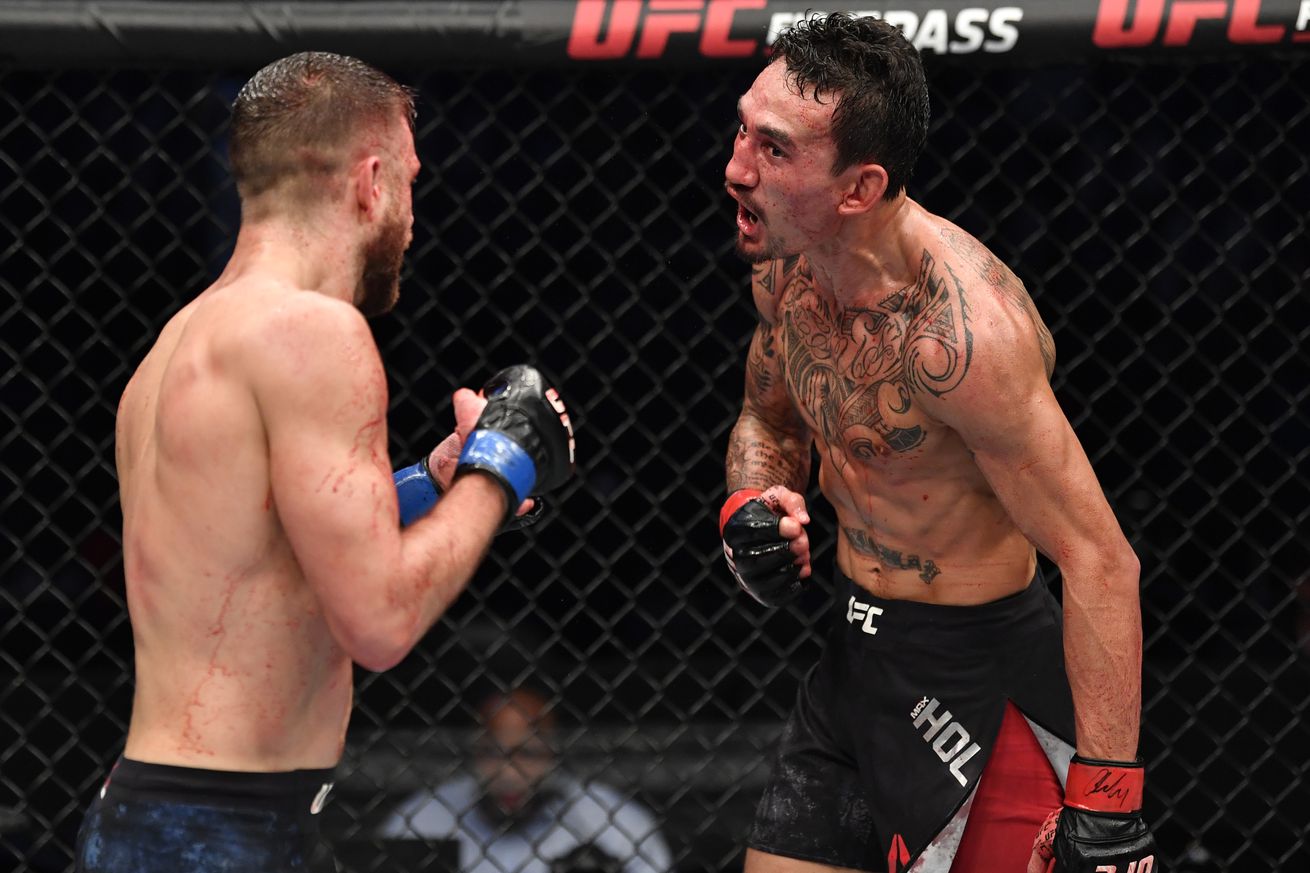 The UFC’s first event on network television in over two years resulted in solid ratings for the promotion, but they were far lower than the last UFC card that aired on FOX.

According to the Nielsen Ratings System, the UFC Fight Island 7 card on ABC, headlined by Max Holloway’s five round masterpiece against Calvin Kattar, pulled in 1.22 million viewers on average over the three-hour broadcast that started at 3 p.m. ET. Overall, the UFC Fight Island 7 card ended with .72 rating in the coveted 18-49 year old demographic.

The UFC Fight Island 7 card was also simulcast on ESPN+, which is a subscription streaming service and does not publicly release viewership numbers.

According to a release from ESPN, the UFC Fight Island 7 card peaked in the final quarter hour with 1.6 million viewers.

Of course, it didn’t help the UFC that the event was programmed opposite the NFL playoff game between the Los Angeles Rams and the Green Bay Packers that started just past 4:30 p.m. ET. The NFL game pulled in 26.499 million viewers on average, which was the highest-rated program for Saturday.

In addition to those numbers, the UFC Fight Island 7 card also came up well short of the UFC’s final card on FOX from 2018. That event, headlined by Al Iaquinta’s five-round decision win over Kevin Lee, averaged 1.828 million viewers, which was similar to the rest of the events from the promotion on FOX in 2018.

Beyond competition from the NFL, MMA fans are also accustomed to watching events at night. UFC Fight Island 7 card aired in the middle of the day on Saturday, which likely contributed to lower ratings versus a more desirable primetime slot in the evening.

That said, UFC Fight Island 7 actually finished with lower ratings than several events that have aired on ESPN thus far. The promotion’s broadcast debut show, which featured Francis Ngannou’s first round knockout over Cain Velasquez, pulled in 1.463 million viewers on average in February 2019.

Both preliminary cards for UFC 246 and UFC 247 also pulled higher ratings on ESPN, with 1.767 and 1.491 million viewers, respectively.

It remains to be seen if the UFC will begin airing regular events on ABC, though it seems unlikely given the scope of the overall broadcast deal with the ESPN family of networks.