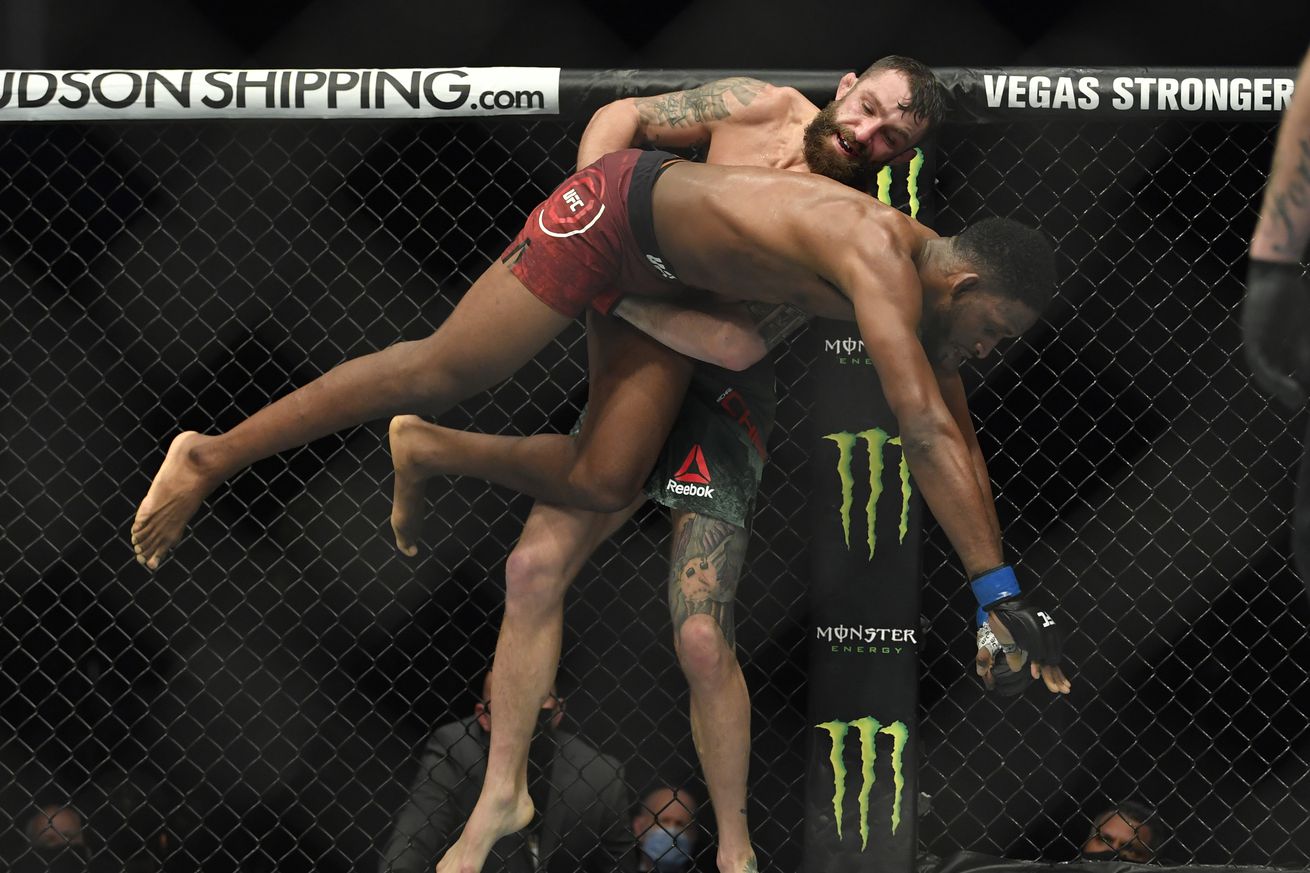 Michael Chiesa made a strong statement at UFC Fight Island 8 with his fourth straight win as a UFC welterweight.

Chiesa dominated veteran Neil Magny on Saturday at Fight Island, earning unanimous scores of 49-46 for a commanding performance on the feet and on the mat. Afterward, Chiesa called his shot with a request to fight ex-interim champ Colby Covington.

In the co-main event, The Ultimate Fighter Brazil 3 winner Warlley Alves made a successful return to the octagon by deflating the hype train of Mounir Lazzez.

Check out what fighters had to say about UFC Fight Island 8.

Chiesa put a lot of pressure on Bruce there

Trending well for Chiesa this fight. The man who wins the clinch in this fight will be the winner. That man is @MikeMav22

Come on @NeilMagny it's not over yet keep grinding

Magny needs a finish if he’s gonna win. 4-0 to Chiesa

Chef Chiesa cookin to the Bone

Chiesa been working on his ground game

Italians do it better @mikemav22#ufcfightisland8#ufcdaznitaly

There goes all my money. Need a fight

Wow what a performance by Alves! Very aggressive! On point! #ufcfightisland8

Roxanne has so much heart!!

What a performance for Araujo!!!