Michael Chiesa explains second Colby Covington callout: ‘Because he’s the toughest matchup for me’
This topic has been deleted. Only users with topic management privileges can see it.
F
F
fightgal Reply Quote 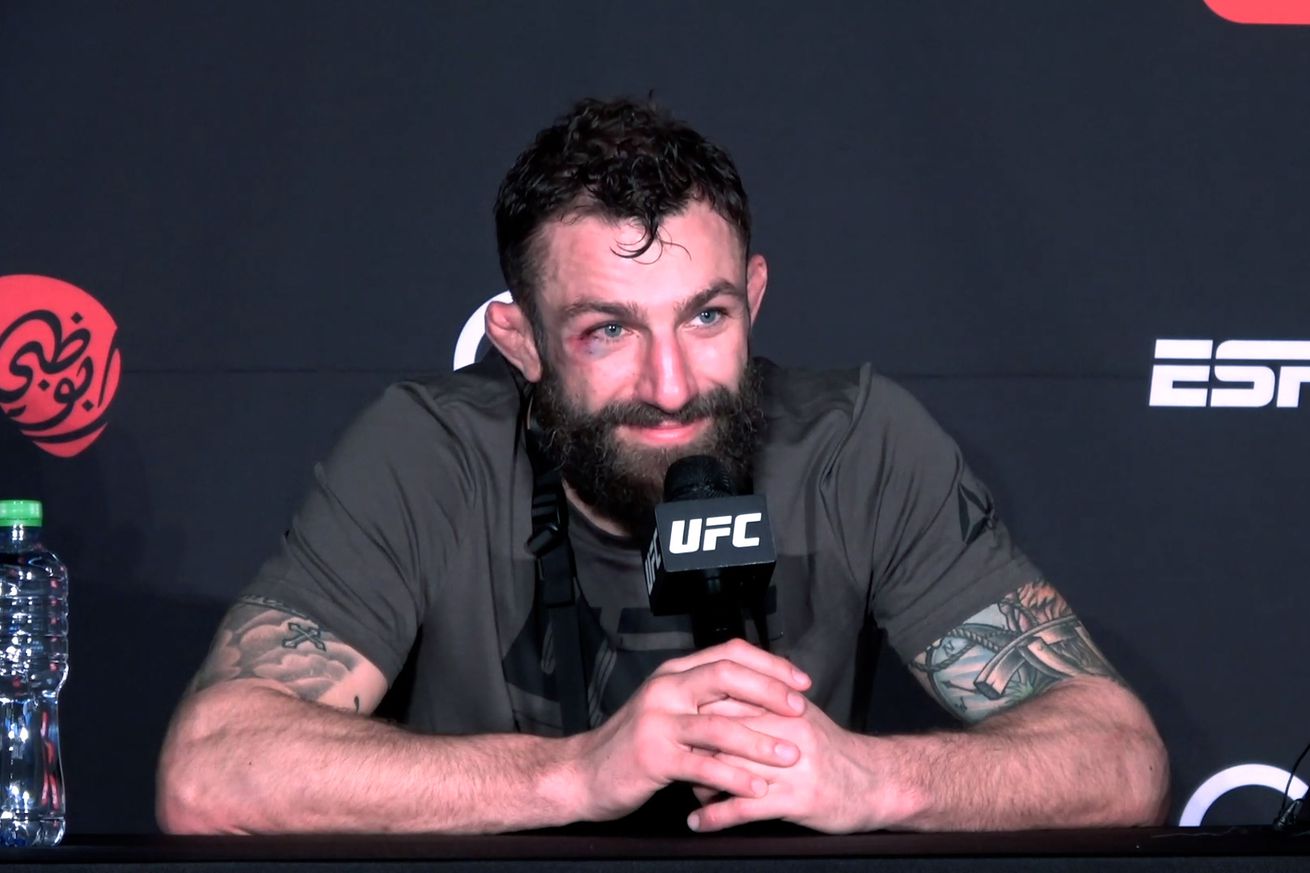 Michael Chiesa is a planner.

When he sets foot in the octagon, the former Ultimate Fighter winner usually has an idea about a name he’ll call out after a victory. That wasn’t the case on Wednesday, however, as he dominated Neil Magny to earn a unanimous decision in the UFC Fight Island 8 main event.

Instead, Chiesa decided to turn his attention to the same fighter he called out after his defeat of Rafael dos Anjos one year ago.

“The election is over,” Chiesa said. “Colby Covington, your schtick is done. I want you next, boy.”

Calculated as that call out may have seemed with it falling on Inauguration Day and Covington’s close relationship with former president Donald Trump, Chiesa was thinking more about competition than trying to make a splash on the microphone.

“Because he’s the toughest matchup for me,” Chiesa explained at the UFC Fight Island 8 post fight press conference when asked why Covington was the fighter he wanted to face next. “Stylistically, that guy should beat me on any given Sunday. From a physical standpoint, from a mental warfare standpoint, there’s not a lot of boxes you can check that favor me for that fight.

“But how can I say I want to be a champion if I don’t want to fight these guys? Sometimes the best guys are the ones that are the toughest for you stylistically. So when I look at the top-five, I think that’s the hardest fight for me. We’ll see what happens. If I come up short, I come up short but I want the best so I’ve got to fight the best and that’s the guy.”

Covington is coming off a lopsided win over former champion and ex-training partner Tyron Woodley, which put an end to a heated rivalry that dated back several years.

Since that time, the former interim welterweight champion has been engaged in talks for a showdown against another former teammate in Jorge Masvidal, but no deal has been struck.

Chiesa can’t say for certain if his call out will get Covington’s attention, but he’s letting the outspoken right-wing firebrand know there’s at least one welterweight on the roster more than willing to sign the contract to fight him.

“Not a lot of guys are asking to fight Colby Covington,” Chiesa said. “The only guys I can think of is me and Belal Muhammed and [Gilbert] Burns. Burns asked to fight him. But we’ll see what happens.

“That was a shot from the hip. Usually going into a fight, I’m always kind of thinking about who I’m going to call out next and kind of having an idea in my head. This fight, it was a clean slate, and I don’t know maybe I should be a pro wrestler or something, that was totally from the hip.”

With hopes to stay active in 2021 after sitting out the majority of this past year, Chiesa won’t spend too much time chasing Covington. But he’ll hold out hope that fight might come together as he continues to seek a path that will eventually lead to title contention.