Khabib Nurmagomedov: Fighting not in my plans, don’t ‘push me to do things that will disappoint my mother’
This topic has been deleted. Only users with topic management privileges can see it.
F
F
fightgal Reply Quote 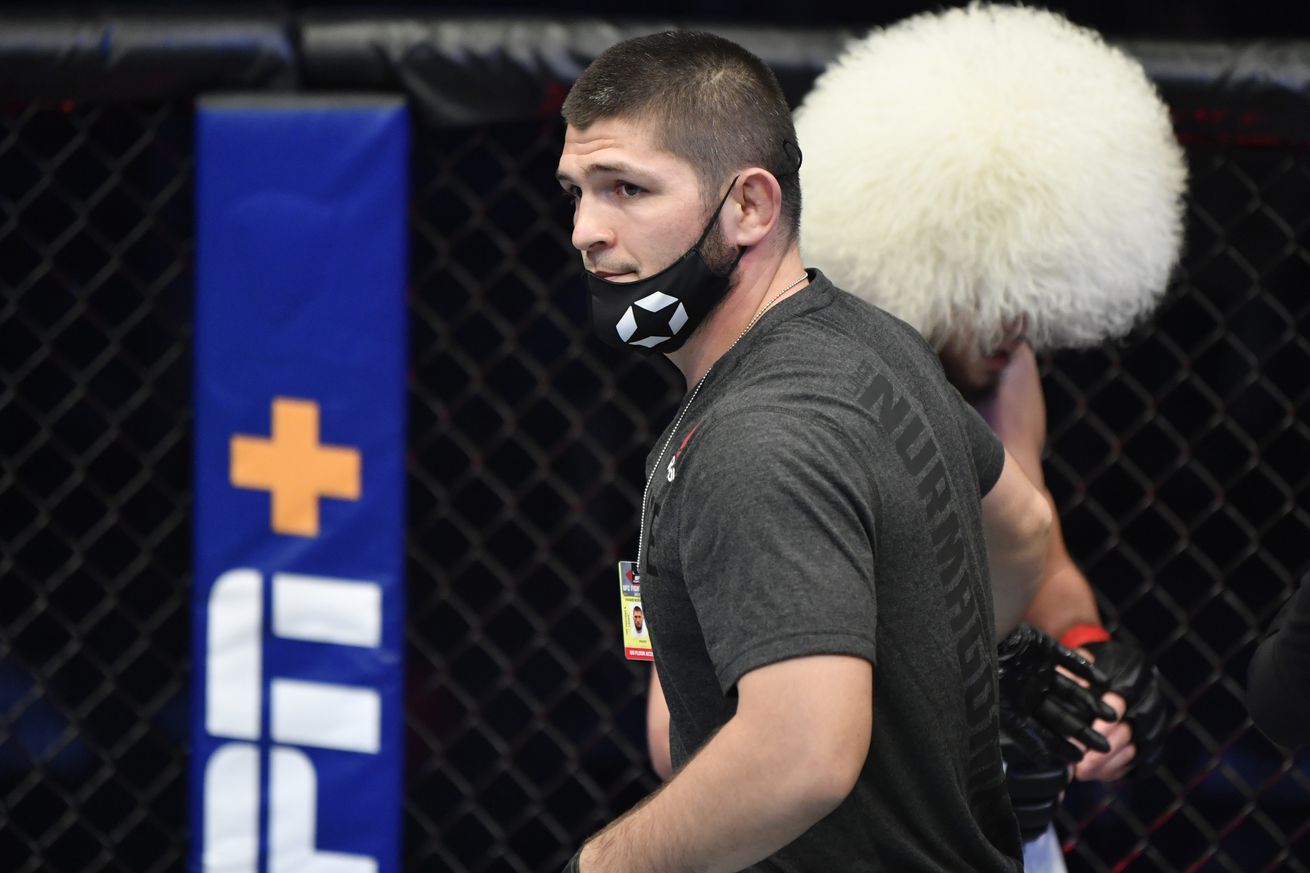 UFC lightweight champion Khabib Nurmagomedov may have left his recent meeting with a different impression of what transpired than his longtime promoter, UFC President Dana White.

White recently suggested Nurmagomedov was waiting to see the outcomes from a series of high-profile lightweight fights after a much-discussed meeting in Abu Dhabi with the 32-year-old fighter, who remains lightweight champion despite announcing his retirement at UFC 254. But in a recent interview given to Russian news outlet Sport24, Nurmagomedov indicated fighting is not part of his current plans, and he doesn’t see an opponent that motivates a return to the octagon.

According to the translation of Nurmagomedov in the video, the lightweight champ said he’d “achieved almost everything in this sport” and didn’t have the drive that justified breaking a promise he made to his mother after his most recent fight, a submission win over Justin Gathje that unified the lightweight title and extended his unbeaten streak to 29 fights.

“I know that there are many fighters who would like to earn money, who strive for something,” he said. “What should I do? A lot of people don’t want to understand my side. I don’t see that yet.”

Of a potential return, Nurmagomedov said “something has to happen for me to come back” and noted his current business plans, which include cornering his teammates, running the Eagles Fighting Championship, and other projects. On Wednesday, he was seen in the corner of his cousin, Umar Nurmagomedov, who submitted Sergey Morozov in his octagon debut at UFC Fight Island 8.

With business in Abu Dhabi, Nurmagomedov’s meeting with White was highly anticipated. The UFC president predicted the champ would make a return for his 30th fight. But afterward, the promoter stopped short of confirming such a move, saying it depended on what other top lightweights did.

Nurmagomedov said he continues to train MMA, but his work is for personal pleasure and not professional. Asked about the promise he made to his mother not to compete after UFC 254, which followed the death of his father and coach Abdulmanap Nurmagomedov from complications of COVID-19, he indicated he takes very seriously what he said.

“My mother is the most precious thing I have left,” he said. “Come on, you won’t push me to do things that will disappoint my mother.”

Nurmagomedov didn’t appear to declare he would never fight again. For the near future, though, he said he has no “plans for the UFC in the near future.” And to those who might pressure him otherwise, he asked to consider the path that led him to his current stance.

“I have left it behind,” he said. “Don’t torment me, let me enjoy what I have for today. And just so you know, I’ve sacrificed a lot to get to this level.”

Check out the full interview below.