Report: New details emerge in lawsuit against Conor McGregor
This topic has been deleted. Only users with topic management privileges can see it.
F
F
fightgal Reply Quote 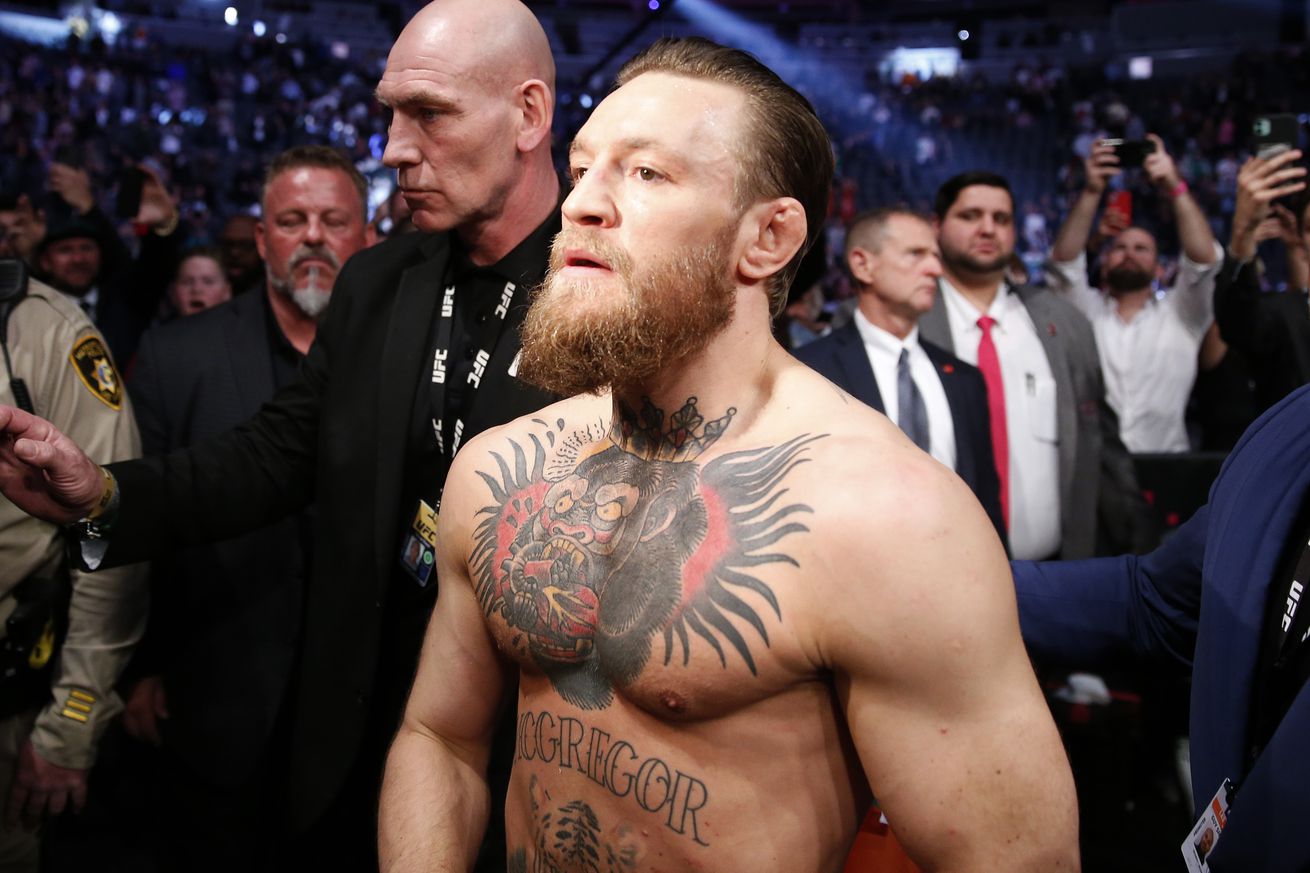 A new report from New York Times details serious allegations that have been made against Conor McGregor by a woman who recently filed a personal injury lawsuit against the former two-division UFC champ.

According to a “statement of claim” from the woman, the report states McGregor is accused of assaulting and raping her at a Dublin hotel early on Dec. 9, 2018 after she refused his advances. Before allegedly raping the woman, McGregor reportedly picked her up and wrapped his arms around her neck – lifting her three times – and stopped her from fighting back.

“That’s how I felt in the octagon, I had to tap myself out three times, that’s how I felt,” the report states of McGregor’s words after the woman bit and hit him. The woman seeks compensation between $1.79 million and $2.13 million for lost earnings, the sale of her Dublin home and purchase of a new home as well as medical expenses.

McGregor’s reps vehemently deny wrongdoing on behalf of the fighter, who is scheduled to fight Dustin Poirier on Saturday at UFC 257 after a one-year layoff. In a statement released Tuesday afternoon, spokesperson Karen Kessler said the allegations were “categorically rejected” after an extensive examination of evidence including security camera footage.

“The plaintiff knows the facts contradict the assertions in this lawsuit,” Kessler stated. “Mr. McGregor will dispute any claims and is confident that justice will prevail.” McGregor’s reps could not be reached for comment on the most recent allegations against the fighter detailed in the New York Times report.

Attorney Dave Coleman, who is also representing the woman and her mother in a separate lawsuit against McGregor, on Tuesday told MMA Fighting “we’re satisfied that our case is well-founded before the court.” Reached for comment on the new report, he said, “No comment. The case is before the Irish Courts and any comment upon it is inappropriate at this time.”

Irish privacy laws protect the identities of accuser and accused during criminal proceedings. The Times first identified McGregor as the subject of a sexual assault charge in Dublin after several Irish outlets called him an “Irish sports star.”

No charges were filed against the ex-UFC champ after a two-year investigation by Irish police into the assault allegations, the Independent reported Tuesday. McGregor was briefly detained and questioned in January 2019, one month after the alleged assault took place.

The report states McGregor the woman was a longtime acquaintance of the fighter’s and exchanged “flirtatious” messages with him on social media before agreeing to meet. The woman was taken to the Dublin hotel by McGregor’s driver and was accompanied by the fighter’s friend. En route, the woman reportedly used cocaine that had been produced by an unknown person.

McGregor is said to have “beckoned” the woman to his bedroom after she arrived at the hotel, according to the report. After the alleged assault, he ordered her to lie beside him on the bed. When she awoke the next morning, McGregor left the hotel with her work friend. McGregor’s friend then gave her a drink, and then afterward, she remembered being in a taxi.

Police later told her that McGregor’s friend claimed he had sex with her, which she said she didn’t remember and didn’t consent to.

The alleged victim’s mother immediately took her to the hospital following the alleged assault, per the report, and bruising was found all over her body along with scrapes on her neck, face and right breast. Sometime in January, she reported the alleged sexual assault to police.

McGregor’s friend is also named as a co-defendant in the woman’s lawsuit, per the Irish Independent.

The personal injury lawsuit is the latest charge levied against McGregor after a spate of legal issues. This past September, he was interviewed and released by police in Corsica after allegations of “attempted sexual assault and sexual exhibition.” He was fined after he punched a bar patron in Ireland in 2019. And he reached a plea agreement with prosecutors in Brooklyn after he launched an attack on a bus filled with fighters ahead of UFC 223 in April 2018.

State attorneys in Florida dropped robbery charges against McGregor in 2019 after he allegedly swatted a cell phone out of a fan’s hands.