UFC’s Warlley Alves stepped out of comfort zone after realizing he became ‘mediocre athlete’
This topic has been deleted. Only users with topic management privileges can see it.
F
F
fightgal Reply Quote 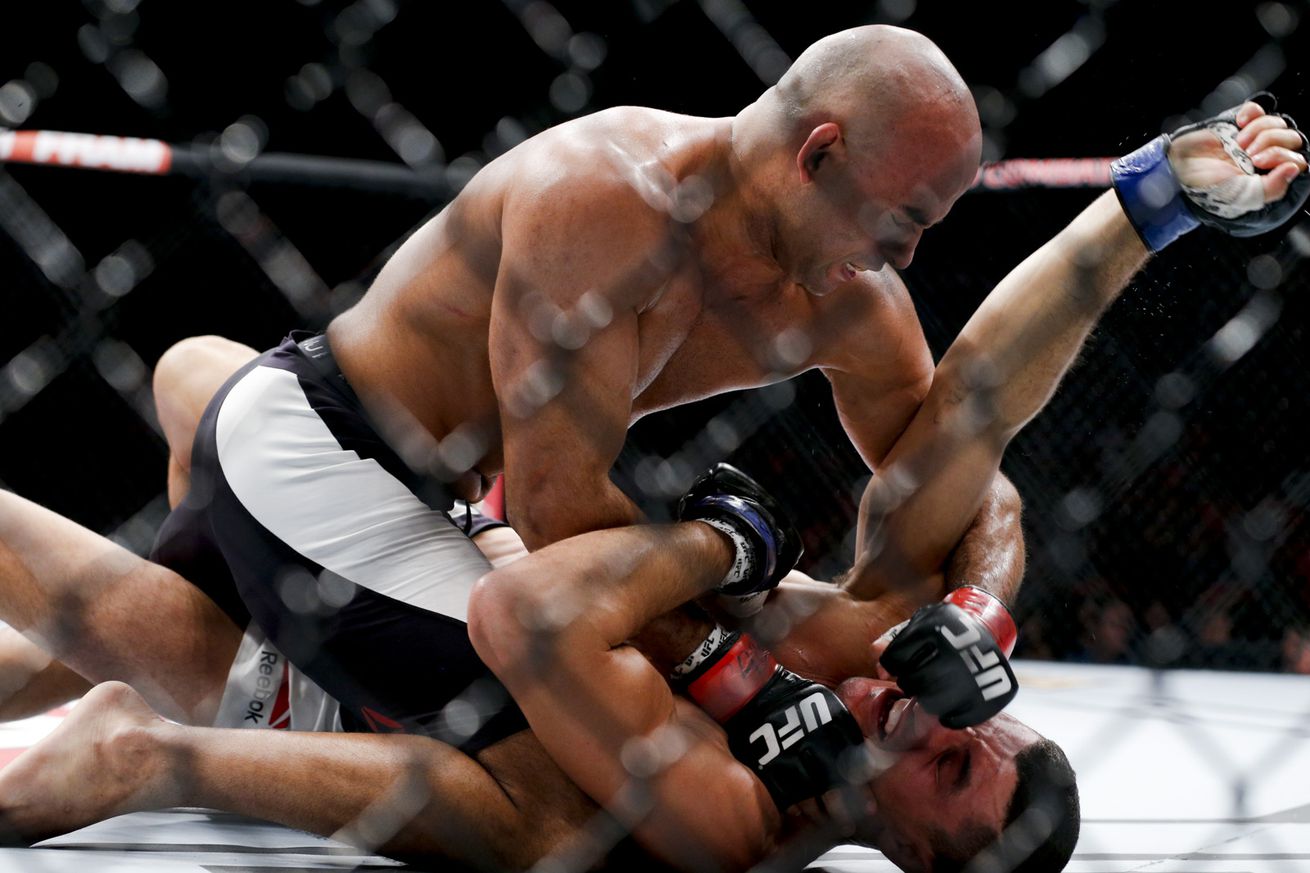 Warlley Alves was seen as championship material after winning the third season of The Ultimate Fighter: Brazil and picking up UFC wins over Alan Jouban, Nordine Taleb and Colby Covington, but that’s when things started to go downhill for him.

Four years after his first career loss—a huge upset defeat to Bryan Barberena, which was followed by a decision loss to Kamaru Usman—Alves decided he’d had enough.

Kept away from the octagon nearly a full year after a complete biceps tear in February 2020, the 170-pounder re-enters the cage Wednesday to compete against Tunisian prospect Mounir Lazzez in the co-main event of UFC Fight Island 8 in Abu Dhabi.

Under “pressure” following a second-round submission defeat to Randy Brown in the first bout of a new four-fight deal with the company, Alves admits this recent defeat has affected him.

“We looked at the mistakes and tried to get better, especially because I plan on becoming champion one day and I can’t have losses,” Alves said in an interview with MMA Fighting. “I have to win, and that’s what I’m coming after right now. I’m not concerned about things people talk about, like, ‘Oh, I might get cut if I lose.’ What I really think about is putting on a good fight, going there and killing it. If I go there and do my best, they will only beat me if they kill me.”

Alves has won three of his last five in the octagon, getting stopped twice by James Krause and Brown. The Brazilian fighter says he’s in no position to ask for anything specific in the UFC until he gets back on track once again, but hopes to re-enter the conversation for a spot in the top-15 “with two or three consecutive wins” so he can “fulfill my dream of becoming champion.”

“I think what happened in my life was my fault, and my fault only,” Alves said. “My losses are strictly my fault and I’ll never put the blame on any coach or team, no one. I don’t think I’ve prepared as I should have. Sometimes we get too comfortable when our fridge is full, and that’s something I’ve been trying to change recently. The next 10 years of my life, I’ll focus on bearing fruits in this sport. I won’t stop until I become champion and defend the belt a few times. I have faith in me and in God’s plans for me, and I have what it takes to become champion. What lacked in the past, I’ll have plenty in the future, which is being mature and hungry to fight and be among the best.”

“I’m extremely competitive,” he continued. “I compete with my own shadows. I allowed people to have that feeling dormant inside of me for some time, and I made it dormant, too. I started accepting defeats in training, accepting defeats in life, and that made me an ordinary person, a mediocre person. I see myself as a median athlete, a mediocre athlete, without the pejorative side of that word. I’m average now, I’m just like 70 percent of the fighters in my weight class. That’s what I wanna change. I wanna go to the top. I wanna get there and fight. I wanna get wins together and work towards becoming champion because I’m a competitive person and I know this belt will be mine one day.”

One of the things Alves switched in order to walk away from that “mediocre” life was changing gyms and joining Pedro Rizzo’s team to work with the former UFC heavyweight contender. He’s also training with former wrestler and coral belt in jiu-jitsu Laerte Barcelos, father of UFC bantamweight prospect Raoni Barcelos.

“That took me out of my comfort zone,” Alves said of having to drive almost two hours a day to get to the gym and return home. “I wanna make every second count there, training and learning. Hopping on a car and facing this traffic every day is exhausting, but exhausting in a good way. It makes me value what my coaches teach me and what my training partners see, things I sometimes can’t see myself. That took me out of a comfort zone, and that has been great for me.”

Lazzez, 10-1 as a professional and fighting out of Dubai, will have the home field advantage even if only a few fans will be allowed inside Etihad Arena in Abu Dhabi. Alves expects a “back-and-forth brawl” on Wednesday, challenging his opponent to see “who stays on his feet in the end.”

“I don’t know where this fight will play out, but I know my hands will be raised in the end,” he said. “If it’s a knockout, if it’s a submission or a decision, I just don’t care.”