Dana White plans Las Vegas meeting with Khabib Nurmagomedov after UFC 257, Georges St-Pierre fight not a possibility
This topic has been deleted. Only users with topic management privileges can see it.
F
F
fightgal Reply Quote 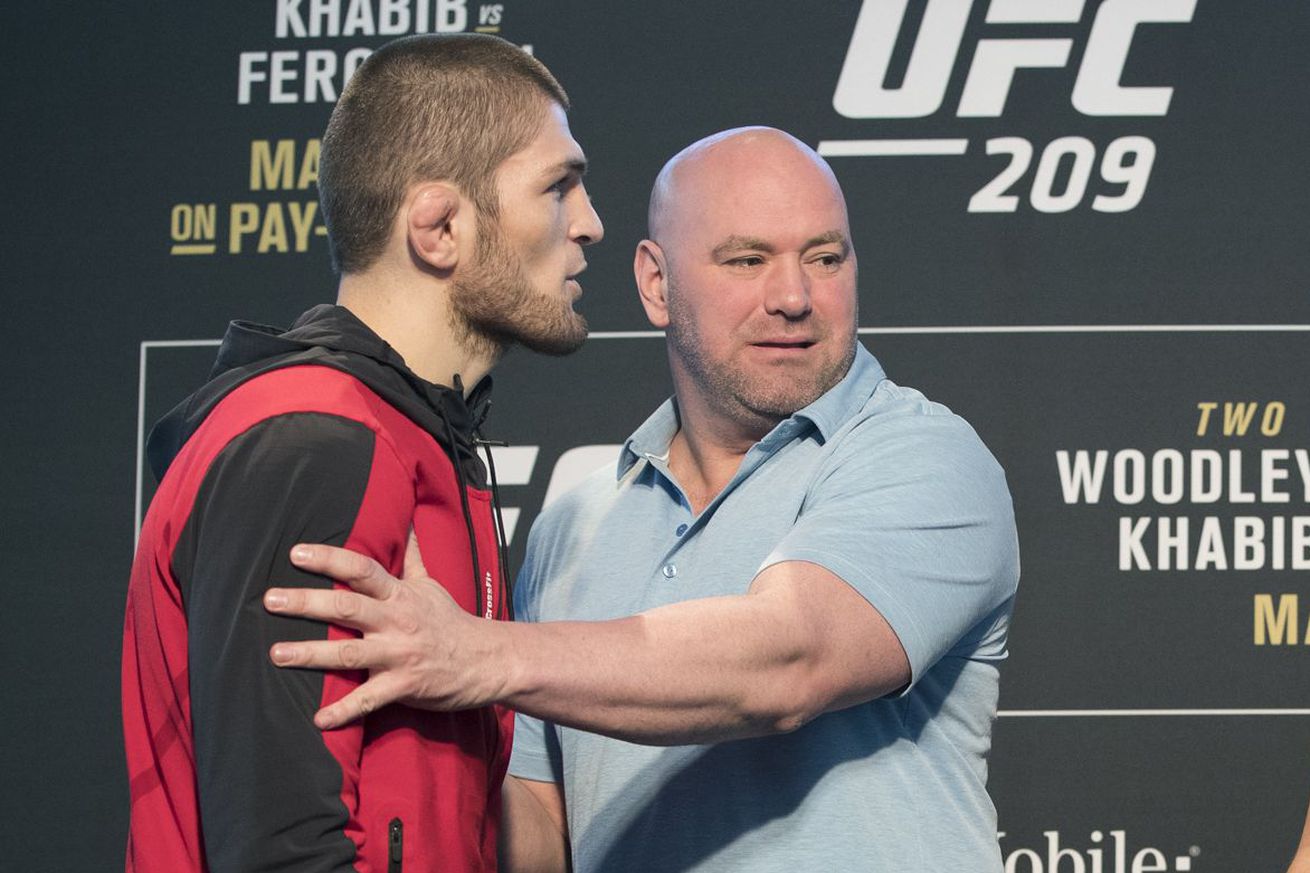 After teasing an announcement during the broadcast of UFC Fight Island 7 on Saturday but delivering not-that-definite news, White spoke with the media at the UFC Fight Island 7 post-fight press conference in Abu Dhabi that he will meet again with the lightweight champion after UFC 257, which is scheduled for Jan. 23.

“I will have the fight [UFC 257] and fly home on Sunday and I’ll see him again in Vegas,” White said. “Those fights will have played out, he and I are gonna hook up and go to dinner in Vegas and talk again, and we’ll make a decision.

“And one thing he did say is, ‘I’ll never hold up the division. Whoever is next, if I decide I don’t wanna fight any of these guys, whoever is next is next.’”

According to the president of the UFC, “The Eagle” is considering bouts with Conor McGregor, Dustin Poirier, Dan Hooker, Michael Chandler or Charles Oliveira — whoever impresses him the most, White said, but staying retired is still a possibility.

A superfight with Hall of Famer Georges St-Pierre, who walked away from the sport after capturing the middleweight title from Michael Bisping in 2017, was never discussed during their meeting Friday.

“GSP never came up,” White said. “He’s not interested in that fight. From what I hear, today, after that, neither is GSP. That’s over.”