Jon Anik hopes relationship between Dana White and the MMA media can improve in 2021
This topic has been deleted. Only users with topic management privileges can see it.
F
F
fightgal Reply Quote 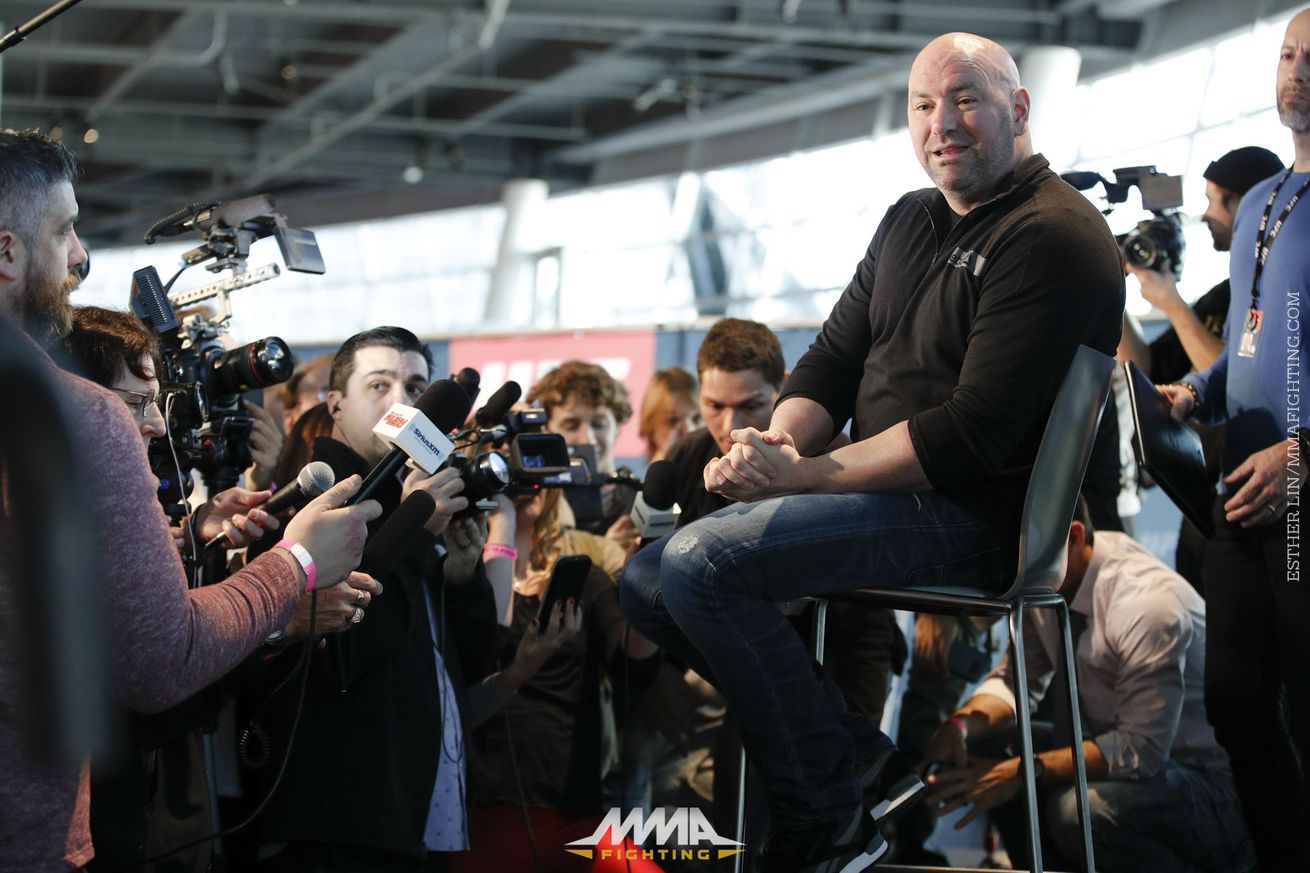 It’s no secret that the relationship between UFC president Dana White and the MMA media has been a bumpy one to say the least. In 2020, it seemed like it got more negative than ever before.

In a year where a global pandemic created chaos across the globe and throughout the sports world, the UFC was able to get the train out of the station before anybody else. While other leagues and entities were asking questions, the UFC found solutions and returned to action in May with UFC 249 in Jacksonville, Fla.

Sure, there were questions that the media asked, but for the most part, most inside the mixed martial arts bubble were rooting for the sport to continue on in 2020 as long as it was safe to do so. Of course, there were some people—in and out of the sport—who were more critical of the UFC, and because of that, things got a bit personal, culminating with a produced video released at the end of the year taking a victory lap, thus, in White’s eyes. proving the naysayers wrong.

For UFC play-by-play voice Jon Anik, he saw both sides of the equation. At the same time, considering what the promotion he calls home was able to pull off in this past year, he does understand to a degree where White and the UFC was coming from.

“I think it’s unfortunate,” Anik told MMA Fighting while appearing on What the Heck. “I will couch what I say by the fact that I turned in my card as a broadcast journalist when I signed with the UFC in 2011 and essentially became a promoter. I will say as somebody who works for the UFC, and as an employee, I think a lot of us got defensive that maybe we weren’t getting the national credit as a whole for putting these live events on in this climate.

“When some of the mainstream sports leagues—for lack of a better way to put it—they would come back and there was all of this fanfare, and how are they doing this? Why wasn’t the NBA calling Dana White and Hunter Campbell and Lawrence Epstein and try to figure out what the UFC was doing to try and expedite some of their problems? I did get a little bit defensive, and I wanted to see the UFC, and not just Dana White, but our executives get a modicum of credit for what we were able to accomplish in 2020. They give out the Emmy’s and nobody is acknowledging what the UFC has done from a live production standpoint, and maybe that’s a separate conversation.”

As many have stated over the last several months, White and the UFC deserve a lot of credit for how 2020 played out. There were arguably more storylines, more stars created in the organization than there have been in many years. A tumultuous start led to a highlight filled year, thus bringing in fascinating talking points for this new year.

The UFC returns to action this weekend for three shows in an eight day stretch, beginning with UFC Fight Island 7 this Saturday—the promotion’s first event to air on ABC—and culminates Jan. 23 with UFC 257 headlined by Dustin Poirier and Conor McGregor.

Always a positive thinker, Anik is happy to turn the calendar to a new year and a hopeful return to where things were before COVID-19 delivered a 10-7 round in 2020. Hopefully, the negativity can lessen, and the relationship between White, the UFC, and the MMA media can improve on that road to normalcy.

“I do believe that maybe there were some unfair criticisms levied at the media,” Anik said. “It’s hard for me to go too far down that path, obviously, but we need the media as much as we need the fans. We need everybody back in that building and nobody will be happier than me, I can assure you, when we have some sense of normalcy.

“But there’s been great support of this organization from a lot of media members. I don’t know, man, there’s so much noise and toxicity in this MMA space and, I’ve got three kids, I’m packing lunches and I’m out of my skull piece trying to keep my damn life together. I get asked about that, and to me it’s just another day in this MMA paradise that we’re lucky to have a seat at.