2020 Year in Review: The rest of the divisions
This topic has been deleted. Only users with topic management privileges can see it.
F
F
fightgal Reply Quote 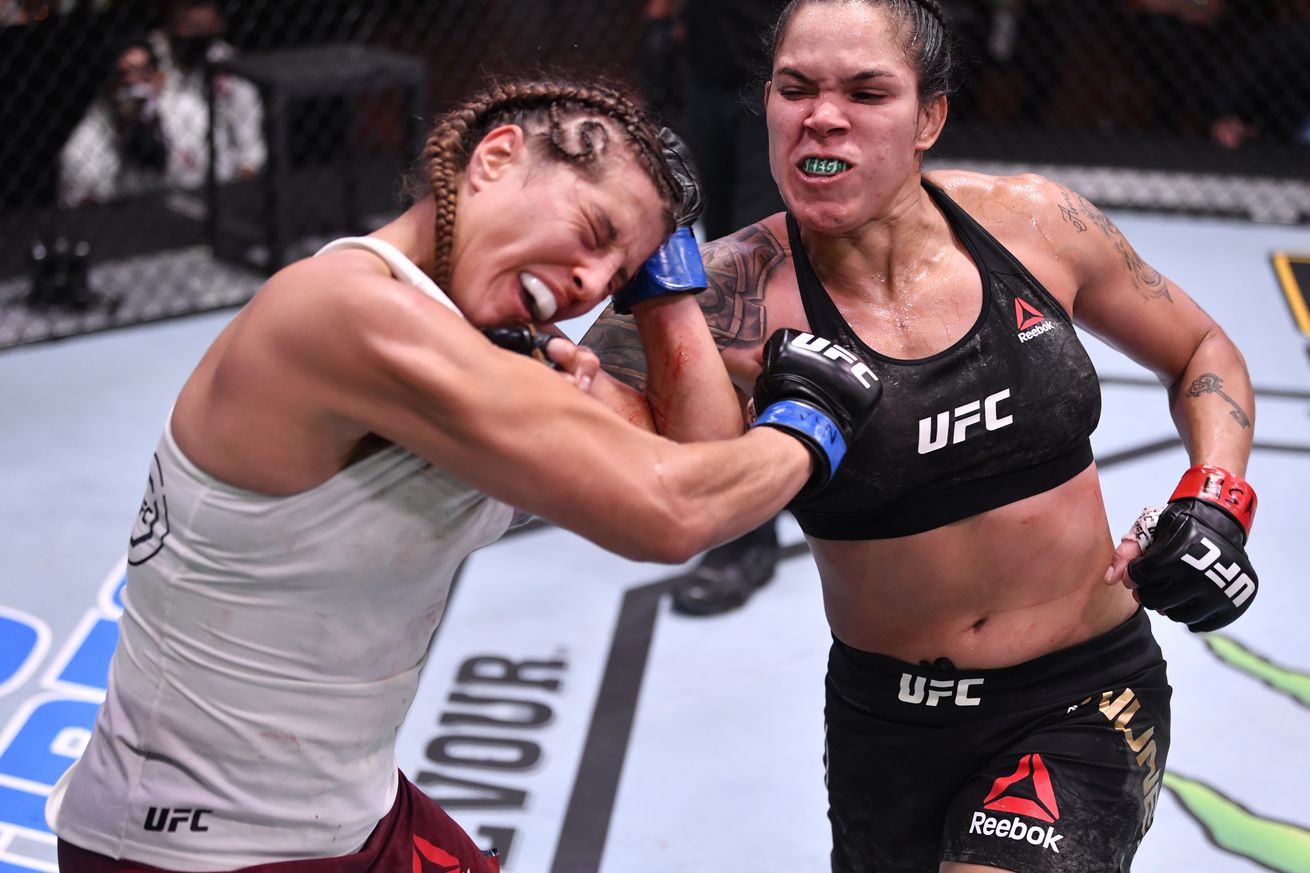 2020 was a wild year for MMA, that feels like it lasted a lifetime. With all the action that took place over the year, it’s hard to remember what took place. This series looks to help out with that, providing an overview on what happened in each weight class, and a look at what we can expect to come in 2021.

Because MMA is such a relatively new sport, various aspects of it are constantly evolving, specifically with regard to weight classes. For the sake of simplicity, this series has used the eight core men’s weight classes (flyweight-heavyweight) and the three core women’s weight classes (strawweight-bantamweight, when the UFC actually puts together some featherweight rankings, then we’ll talk about adding it as its own piece) as the benchmark for discussion. However, there are obviously a number of other weight classes with varying levels of participation from organizations across the world and so in this final section, we’ll recap what the non-essential weight classes had happen in 2020.

Individually, the weight classes outside of the core 11 didn’t have a great year because there is only scattered support for any one of them. However, if you take them all collectively, 2020 marked a solid year for the secondary weight classes in the sport. Amanda Nunes successfully defended her women’s featherweight title against Felicia Spencer, over in Bellator Cris Cyborg officially reunited with Scott Coker and immediately won another women’s featherweight championship, and Invicta and Rizin both crowned new atomweight champions.

Outside of just championship concerns though, the myriad other weight classes in the sport also managed to turn in some spectacular highlights, especially the atomweight division where professional kickboxer Monika Chochlikova made her MMA debut and won with a scorpion crunch submission.

The best thing to happen all year though was Ayaka Hamasaki’s atomweight title-winning performance in RIZIN. Hamasaki is the former Invicta FC atomweight champion and a legend of the division, and at 38 years old she showed she has plenty of game left when she won the RIZIN belt with a leg scissors choke. Because that happened on Rizin’s December 31st card, Hamasaki was denied from Submission of the Year considerations but you can rest assured that for next year’s honors, she is already the frontrunner.

But perhaps the biggest thing to happen to the non-core weight classes in 2020 was that two-time Olympic gold medalist judoka Kayla Harrison officially dropped down to featherweight. Harrison transitioned to MMA a couple of years ago and has since won the women’s lightweight tournament in the PFL, but since that division was basically created for her, the hope was always that eventually she would move to 145. Now Harrison has done it and that opens up a world of opportunity in the coming years.

The MVP of a division is not just a question of “Who is the best fighter in the division?” Instead, it looks at who provided the most entertainment in the division over the course of the year, win or lose. 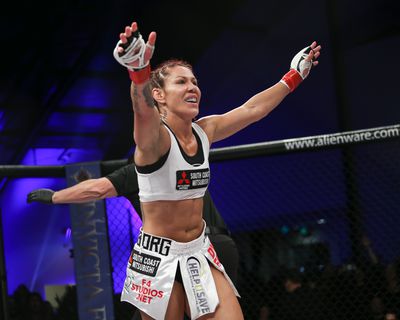 For over a decade Cris Cyborg has been the face of the women’s featherweight division and despite no longer being the best featherweight on the planet (Amanda Nunes currently lays claim to that honor) Cyborg is once again in a position to at least carry the standard for the division.

At the end of her tenure in the UFC, Cyborg often complained about the UFC’s management of her division, that the UFC wasn’t developing featherweight talent, and that she wasn’t being allowed to fight as often as she wanted to. Moving to Bellator at the end of 2019 seems to have fixed that though as the organization is overtly committed to building their featherweight division. And if Cyborg keeps having years like 2020, the division should be easy to build on.

In January, Cyborg faced one of the few featherweight luminaries that had thus far eluded her, Julia Budd. She stopped Budd in the fourth round with body shots and claimed the Bellator title. Cyborg then defended her belt against Arlene Blencowe in October, turning in another dominant performance and securing the first submission win of her career. 2020 was a return to form for one of the most dominant fighters ever and certainly something worth watching.

Ritu Phogat stops Nou Srey Pov with punches, ONE Championship: Inside the Matrix

2021 is already shaping up to be an even better year for the non-core divisions than 2020 was.

Organizations like ONE Championship, Invicta FC, and Rizin will continue promoting their atomweight and men’s strawweight titles, meaning there will always be a good baseline of fights to work with, but Bellator is now firmly entrenched in the women’s featherweight division with Cyborg as their champion and we can expect to see Scott Coker and company really start to develop a talent pool there. Plus, with Kayla Harrison now a viable fighter at featherweight, all eyes will turn to the inevitable Harrison vs. Cyborg superfight that fans have been asking for since Harrison moved to MMA. Add in that Amanda Nunes will be defending her featherweight belt against the lone contender she has yet to face, Megan Anderson, and the other divisions are set to deliver in 2021.