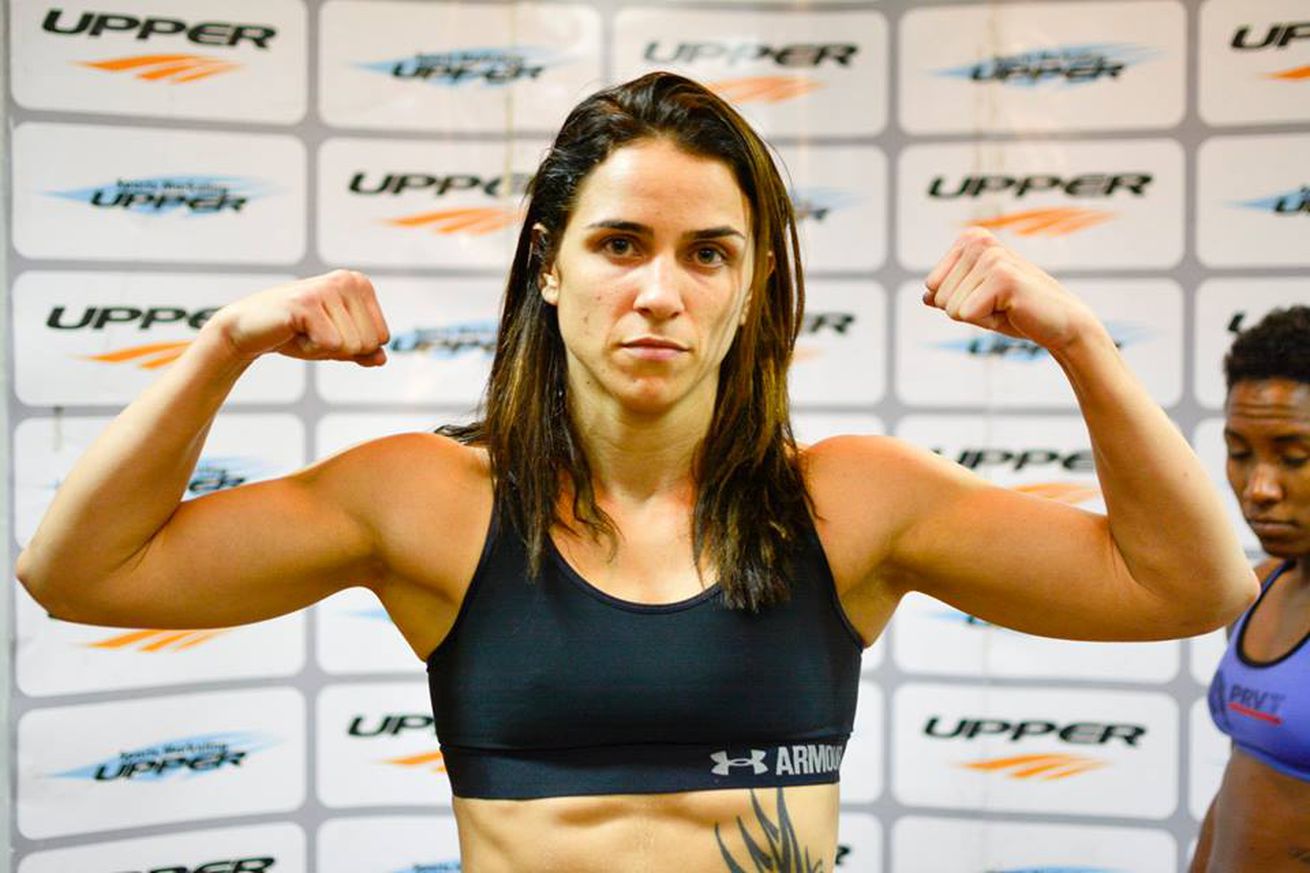 Norma Dumont’s road back to bantamweight was far from easy.

The Brazilian fighter signed with the UFC to compete as a featherweight, but lost in the first round to future 145-pound title contender Megan Anderson in February. Returning to bantamweight this Saturday, Dumont had to undo all the work her team did to bulk up a weight class.

Speaking with MMA Fighting ahead of her UFC Vegas 15 clash with Ashlee Evans-Smith on Saturday, “Imortal” said she feels in better shape now compared to earlier this year, but had to dramatically change in her daily routine to weigh 135 pounds again.

“It was three months of diet, 85 days of diet, but only because we moved up in weight before,” Dumont said. “I used to weigh 159 pounds so I could go down to 135. Suffering, but I’d do it. And since I moved up a division and we did some work to go up, I weighed 170 pounds. I was way heavier.

“When I had the opportunity to go down, we had to work to go back to our normal weight, stabilize at 155 pounds, and now we’ll cut the rest. I had to go back to my original weight, get rid of some of the muscle mass and fat, get leaner for the division. It was a painful three-month work.”

Dumont still had 13.2 pounds to cut four days before the official weigh-ins, the day she spoke with MMA Fighting, but expected it to be “easy.” The 30-year-old calls bantamweight her ideal weight class due to her height, but also enjoys competing in a higher division.

“But it was much harder getting a fight (at featherweight), I had to wait for a long time — and I don’t wanna wait,” Dumont said. “I wanna fight now and again in two months, if possible, and I need to be in a busier weight class to make it happen. I plan on moving up, especially to get my rematch with Megan, but I wanna fight three or four times at bantamweight first, feel more comfortable in the UFC, and then go up again and fight in both divisions.”

Dumont believes that competing in an empty arena at UFC APEX during pandemic times helps by not adding extra pressure even though she enjoys fighting in front of a large group of fans. This time, nine months after suffering her first professional defeat in MMA and dropping to 4-1 in the sport, Dumont vows to impress against Evans-Smith.

“She’s obviously more experienced,” Dumont said of her opponent. “She has 10 professional fights and nine amateur bouts—and all her prior wrestling experience—but I believe my style is not a good matchup for her.

“I think I’ll have an advantage on the feet because of my punching power and my strength. Her wrestling would really be her most dangerous weapon, but her jiu-jitsu doesn’t seem to be very efficient. Every fight has its risks, but I believe I’m better prepared for this fight. Even though she has more experience, she hasn’t fought in a year and a half.”