Khaos Williams admits UFC Vegas 14 KO was scariest of his career, ready for division to ‘put respect on my name’
This topic has been deleted. Only users with topic management privileges can see it.
F
F
fightgal Reply Quote 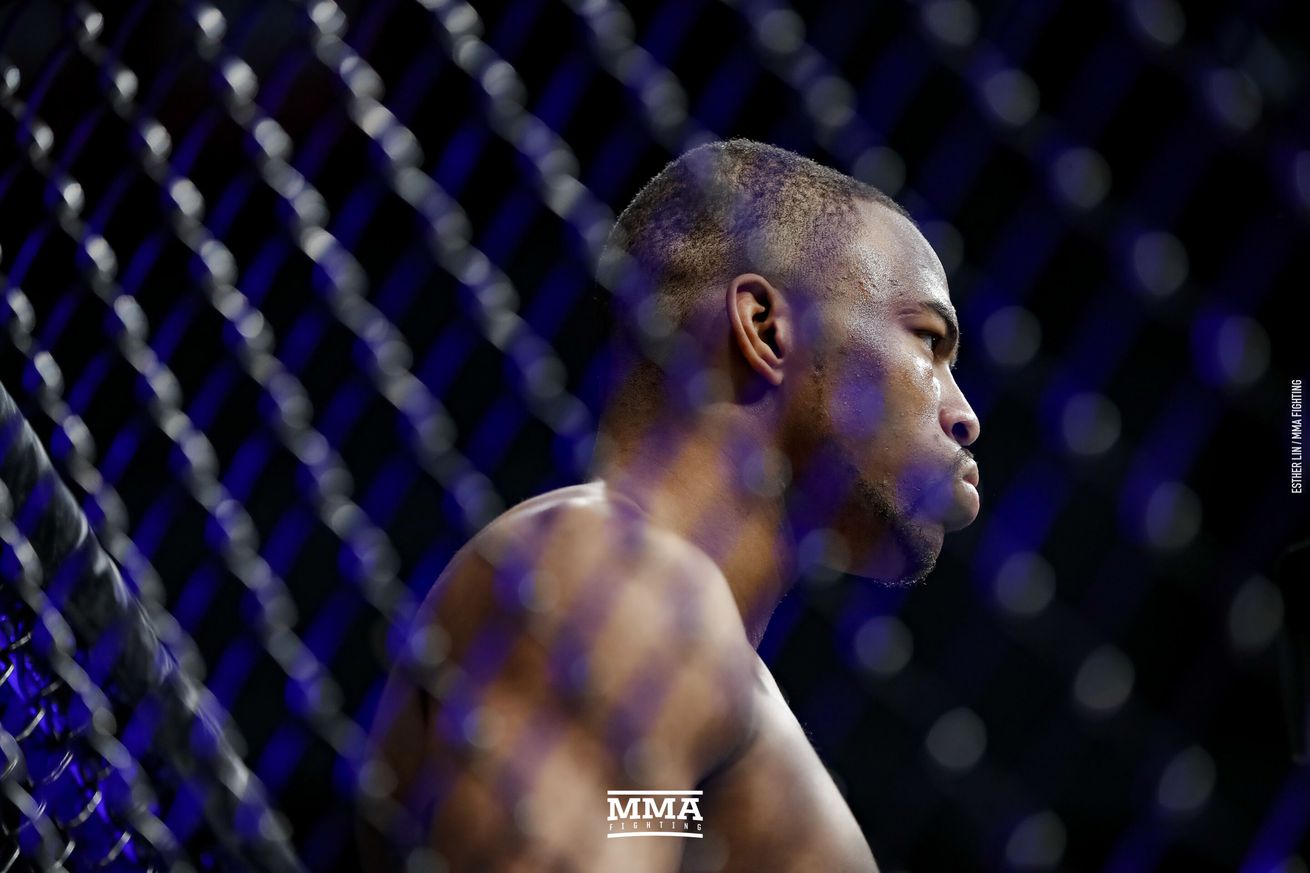 Khaos Williams has had quite the introduction to UFC fans in 2020.

Williams followed up his 27-second finish of Alex Morono in his octagon debut at UFC 247 with a blistering 30-second, one punch KO of Abdul Razak Alhassan in the co-main event of UFC Vegas 14 earlier this month.

“The Oxfighter” has now won eight straight and has his next fight is already booked as he meets the always entertaining Michel Pereira at the UFC’s upcoming Dec. 19 event.

While the 26-year-old can’t ignore the hype that surrounds him following less than a minute of octagon action, he’s not stopping to smell the roses.

“It still feels good,” Williams told MMA Fighting while appearing on What the Heck. “Just seeing how far I’ve come, seeing Dana White re-posting it, seeing some of the legends of the game speak my name, I’m just blessed.

“I never admire my work. I gotta stay hungry and I’m just gonna keep grinding. I celebrated a little bit, but then it’s right back in the gym. The more you win, the harder you gotta work because more people are watching you. You’ve got more haters and more people that want to fight you. I know what I gotta do. I’m just getting started.”

As Alhassan made his walk to the cage, the camera kept panning to Williams mean-mugging his opponent to the point of not blinking. It was a stare that let the world know that there we were going to have a high-action fight on our hands, the kind that the Michigan native has shown throughout his entire career.

“In my mind, you signed a contract to fight me, so you believe you can beat me,” Williams said. “You’re coming in here to hurt me, so it’s either you, or it’s me. It’s not gonna be me. I’m gonna lay it all on the line and I have 15 minutes to be great. That’s what it is. We about to test that chin out.

“But that’s every fight. I’m locked in and one thing about me, I’ve never been finished. I’m here. Win, lose or draw, I’m here and I’m fighting.”

After the thunderous right hand landed, Alhassan was out cold and on the mat for several minutes. Williams is no stranger to ending his fights in violent fashion—in fact, seven of his 11 victories didn’t reach the judges’ scorecards.

In the days following the highlight-reel finish, Williams admits the knockout was the scariest of his career.

“It definitely was, I’m not gonna lie,” Williams explained. “It’s a sport and I’m a dangerous fighter. At the end of the day, when I’m in there, it’s killed or be killed. Outside of the cage, I know people have lives.

“That’s somebody’s son, that might be somebody else’s dad, or somebody’s husband. I never want to hurt nobody too bad because it’s a sport. After seeing him down so long, I did get a little concerned. I just hoped he was all right.”

Following the win, Williams spoke to Michael Bisping and dropped an incredible quote: “People gonna keep sleeping on me and the doctor gonna keep waking them up.”

Now that he’s 2-0 with two quick endings to his fights in the UFC, with a potential third on Dec. 19, Williams was asked if he feels the loaded welterweight division is still sleeping on him.

“Truthfully, I really don’t care,” Williams stated. “I feel like I can say what I want to say, but I’m more of a doer. I like to speak with my hands, speak with my actions. I feel like some people might still be sleeping on me, but it’s going to take me winning two or three more fights to put the division to put that respect on my name.”