Watch Conor McGregor and Dustin Poirier’s first interaction prior to UFC 178: ‘Being a jacka**’
This topic has been deleted. Only users with topic management privileges can see it.
F
F
fightgal Reply Quote 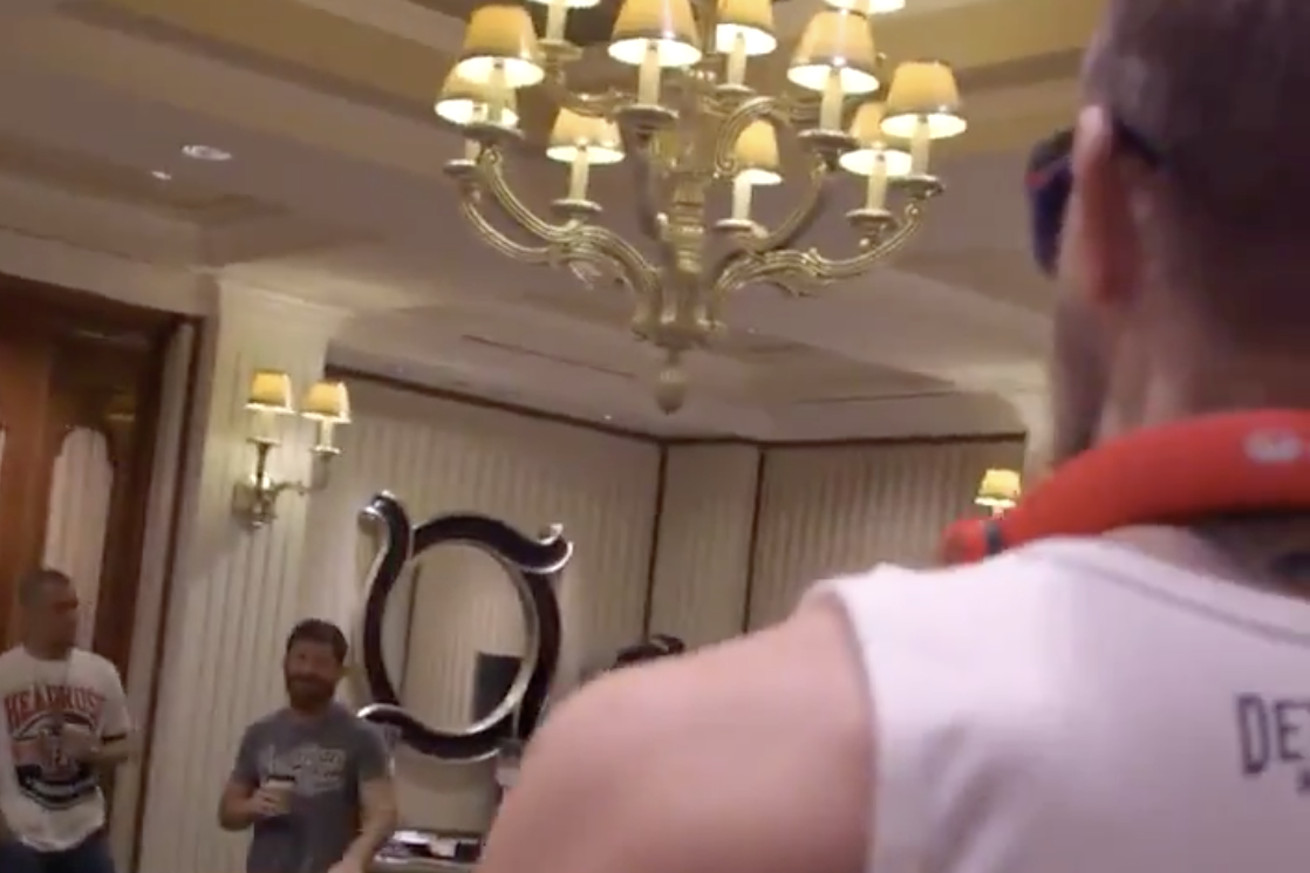 While the respect levels have risen immensely ahead of their UFC 257 main event bout, the mood was quite tense prior to Conor McGregor and Dustin Poirier’s first meeting more than six years ago.

McGregor and Poirier met in a featherweight matchup at UFC 178 in September 2014 and, as most of McGregor’s fights have been in his career, it generated a lot of buzz in the build. “The Notorious” took the next step towards superstardom on that night in Las Vegas when he put Poirier away in under two minutes with a devastating and precise striking attack.

While the verbal barbs were aplenty leading into the matchup, the UFC released a video via their Twitter page earlier this week of their alleged first interaction during UFC 178 fight week.

No love lost... @TheNotoriousMMA & @DustinPoirier's first #UFC178 interaction was as tense as they come. #UFC257 pic.twitter.com/fv2HVex2Ky

UFC 257 will take place on Jan. 23 and it will be the first appearance for McGregor in over a year. The former featherweight and lightweight champion returned to the octagon for the first time in 15 months this past January when he finished Donald Cerrone in just 40 seconds. Prior to that, McGregor was submitted by Khabib Nurmagomedov in a grudge match at UFC 229.

Poirier has found success in his own right since his loss to McGregor and became the interim lightweight champion after he defeated Max Holloway at UFC 236. “The Diamond” would go on to get submitted by Nurmagomedov in a title unification bout five months later before bouncing back with a unanimous decision win over Dan Hooker in June in one of the best fights of 2020.